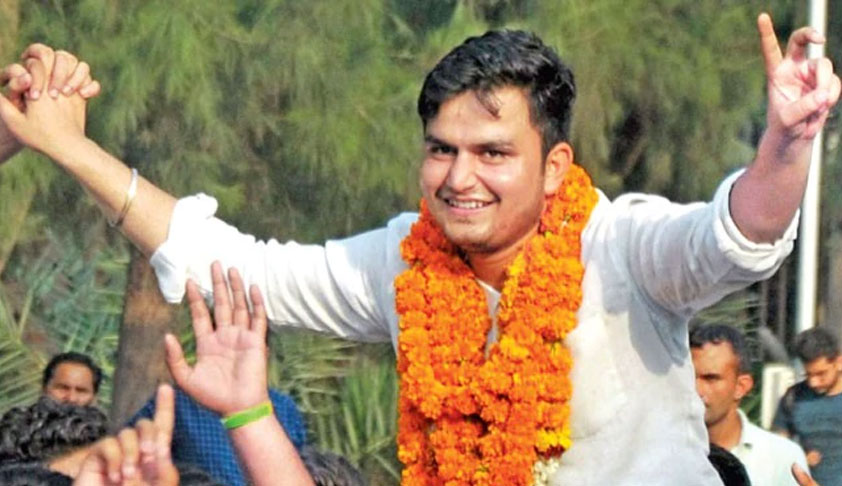 The Delhi High Court on Friday upheld the disqualification of Rocky Tuseed's candidature by the varsity, a month before his tenure as the Delhi University Students Union (DUSU) President ends.

Justice V. Kameswar Rao noted that Tuseed had failed to disclose the disciplinary action taken against him during his undergraduate days at Shivaji College for assaulting another student. This, it confirmed, was against the election Code of Conduct and the Lyngdoh Committee Recommendations.

The allegation was subsequently confirmed by the Principal, Shivaji College. Tuseed was therefore declared non-eligible to participate in the elections. He had now contended that the action was arbitrary and that the statement issued by the College Principal contradicted the character certificate issued by them. He had further contended that he was not provided with an opportunity of being heard.

DU, on the other hand, had relied on the Lyngdoh Committee Recommendations, to assert that a candidate should neither have a previous criminal record, nor have been subject to any disciplinary action by the University authorities. It further relied on the Code of Conduct for the candidates, which stipulated that every candidate must furnish an affidavit assuring the same. The varsity had, in fact, advocated for initiation of strong action against Tuseed for violating the Election Code of Conduct, deliberately suppressing material facts and furnishing a false affidavit.

The Court further agreed with DU, noting that the action taken by the authorities is in conformity with the affidavit submitted by Tuseed. The affidavit had stated that an applicant’s candidature can be cancelled in case the candidate is found to be violating the Election Code of Conduct and the Lyngdoh Committee Recommendations.

“This Court cannot lose sight of the fact that the Supreme Court has accepted the recommendations of the Lyngdoh Committee, which clearly stipulates if a candidate had a

disciplinary action, the same would be a non-eligibility for such a student to stand in the election. The spirit underlying the recommendation is that a person should have a clean record for standing in the election, cannot be lost sight of,” it added.