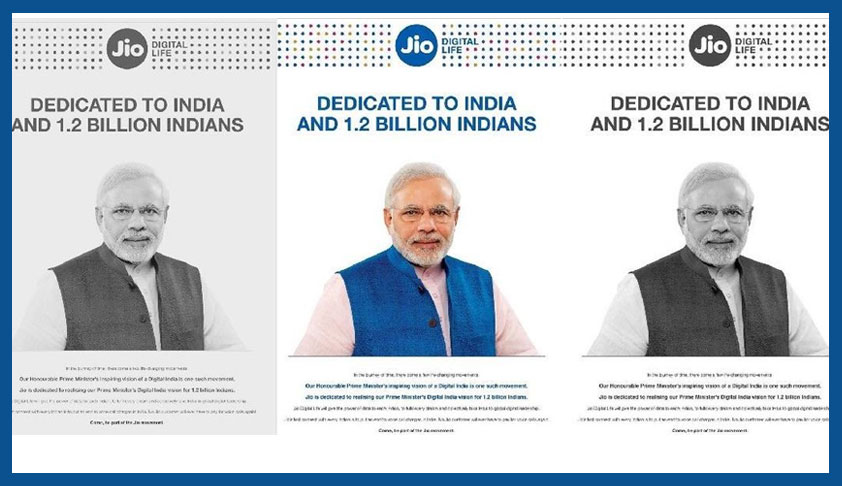 Disposing off a petition praying for the writ of mandamus prohibiting the use of photographs or names of high constitutional functionaries in private advertisements, the Delhi High Court on Monday urged the Press Council of India (PCI) to expeditiously decide the petitioner’s representation in the same behalf.Inter alia, the grievance of the petitioner before the high court was directed...

Disposing off a petition praying for the writ of mandamus prohibiting the use of photographs or names of high constitutional functionaries in private advertisements, the Delhi High Court on Monday urged the Press Council of India (PCI) to expeditiously decide the petitioner’s representation in the same behalf.

Inter alia, the grievance of the petitioner before the high court was directed against the usage by Reliance Industries Ltd (RIL) of the name and photograph of the Prime Minister of India in an advertisement dated 21 July 2017, published in respect of its product “JIO”.

In addition, the petitioner had earlier approached the PCI against newspaper ‘Hindustan’ for acts of publishing, telecasting and misuse of the photographs/names of the persons holding constitutional posts, such as the President, Prime Minister, Home Minister, Governor, Chief Minister, Cabinet Minister etc, in private/classified advertisements.
The petitioner is aggrieved by the said practice on the ground that it conveys a misleading impression, to the public, that the product/products being advertised are endorsed or supported by the said functionaries.

The high court noted that the PCI did issue a show cause notice under the Press Council (Enquiry Procedure) Rules 1979, to the Editor, Hindustan, to show cause as to why action not be initiated against it under Section 14 of the Press Council of India Act, 1978. However, no further action has been taken thereon, and illegal and unauthorized usage of the names and pictures/photographs, of high constitutional and political functionaries, in advertisements by various private parties seeking to promote or propagate their products/activities, continues unabated.

The Ministry of Information and Broadcasting (MIB), in its counter affidavit, emphasised the fact that while, as a matter of policy, the Union Government does not prefer to interfere with the working of the media, ‘Norms of Journalists’ Conduct’ have been issued by the PCI, which empower the council to take cognizance, suo motu, as well as otherwise, of any infraction of the said norms by the print media. Hence, it was averred that the appropriate authority, to be approached in such cases, is the PCI.

Also, the MIB made reference to Section 3 of the Emblems and Names (Prevention of Misuse) Act of 1950 and the Advisory dated February 23, 2017 issued thereunder by the Registrar of Newspapers for India, a department of the ministry.

The high court, in its judgment, noted, “... Assumption, by a writ court, of a function which statutorily vests in the executive, without allowing the executive a reasonable opportunity to discharge the same, would result in judicial overreach, which can be perilously counterproductive in the long run, bound, as it is, to instill, in the authorities concerned, a sense of complacency. The cause espoused by the petitioner merits consideration, but does not, in our view, admit of such urgency as would justify cognizance, by us, when the Press Council of India is already in seisin of the issue”.

In respect of the claims against RIL, the court observed, “It appears that without approaching any authority in this regard, the petitioner has complained about the acts of RIL, for the first time in this Court, and that too, without impleading RIL as a party to the proceedings. In our view, this is totally impermissible. We, therefore, abjure from returning any finding with respect to RIL or the advertisement issued by it, reserving liberty however, to the petitioner, to re-agitate his grievance in this regard, by separate proceedings, in accordance with law.”