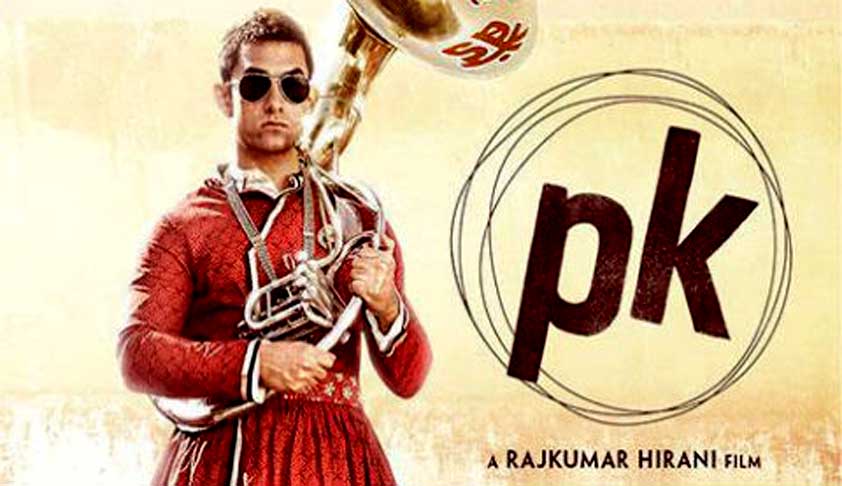 A Delhi High Court Bench comprising of Chief Justice G. Rohini and Justice R.S. Endlaw yesterday, dismissed a plea against Amir Khan starrer movie- PK, holding that there was no substance in the allegations leveled against the movie, in the PIL filed by Ajay Gautam.

It was brought to the Court’s notice by Additional Solicitor-General Sanjay Jain that the Supreme Court had recently dismissed a similar plea for restricting the screening of the movie. The Court also observed that the provision for appeal against the CBFC’s decision on certification of films was restricted to film-makers.

Mr. Gautam had alleged that the movie had defamed and maligned the Hindu culture and Hindu religious practices. He had further claimed that the movie had contained certain sequences which could hurt the religious sentiments and feelings of Hindus, asserting that the Central Board of Film Certification had failed to give a serious consideration to this aspect while granting the certificate for its release in cinema halls. He contended that the film had made a mockery of Hindu gods and Hindu way of worship in a “most unwarranted manner.”

The petition had claimed that the law and order situation was also affected at many places after the release of the film due to "large scale" protests and demonstrations seeking ban on the film.