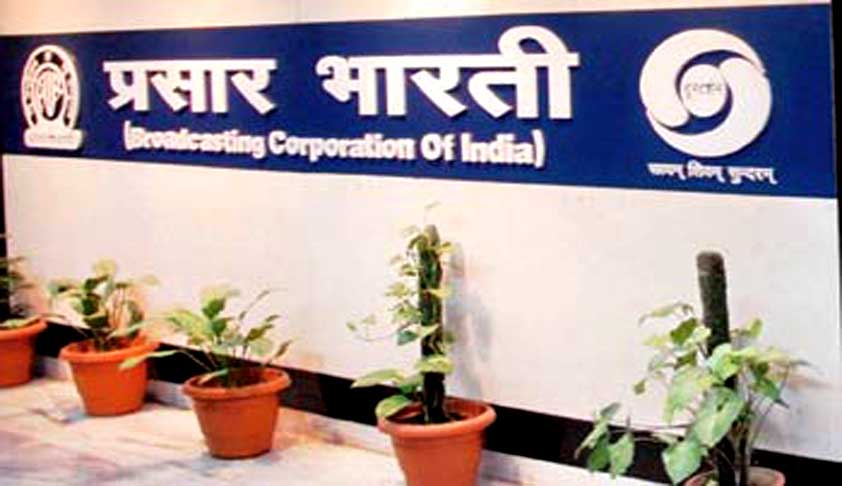 Hearing an appeal against the judgment of a single judge, the division bench consisting of Justices B.D. Ahmed and Vibhu Bakhru of Delhi High Court has ruled in favour of BCCI, Nimbus and ESPN/STAR. Both BCCI and Nimbus had objected to live cricket matches being shown on Doordarshan through cable operators. The judgment, which is to applied prospectively, may impact the live coverage of...

Hearing an appeal against the judgment of a single judge, the division bench consisting of Justices B.D. Ahmed and Vibhu Bakhru of Delhi High Court has ruled in favour of BCCI, Nimbus and ESPN/STAR. Both BCCI and Nimbus had objected to live cricket matches being shown on Doordarshan through cable operators. The judgment, which is to applied prospectively, may impact the live coverage of cricket matches which many users who do not possess a DTH or a terrestrial antenna and follow cricket matches on DD through a cable operator.

It was in 2012 that BCCI and Nimbus entered into a contract regarding broadcasting rights of cricket matches. However, Nimbus was directed by the Government to share the feed of various live cricket matches with Doordarshan, which the consumers used to get across every platform, be it DTH, terrestrial antenna or through cable operators.

Against such notifications issued by the government, both Nimbus and BCCI approached the Delhi High Court. They "sought a direction to be issued to Prasar Bharati Broadcasting Corporation and Union of India) to encrypt Doordarshan"s Satellite Transportation Feed of live broadcasting signals of cricket matches organized by BCCI to the Doordarshan Kendras and transmission towers throughout India for subsequent broadcasts on Doordarshan‟s terrestrial networks.  A declaratory writ was also sought for declaring that no person other than Prasar Bharati had the right to transmit, relay or offer for exhibition, the live broadcasting signals of sports events shown by Prasar Bharati under the Sports Broadcasting Signals (Mandatory Sharing with Prasar Bharati) Act, 2007 (hereinafter referred to as „the Sports Act‟). A declaration was also sought that no cable television network, Direct-to Home(DTH)Network, multi-system network or local cable operator could broadcast such sports events without a licence from the content owners. Finally, a direction was also sought against the respondent No.1 for notifying that the Doordarshan signals relayed live in respect of the sports event, including cricket matches notified under the Sports Act, should be carried on cable television networks, DTH Broadcasting networks, Multi system Cable Networks, etc. pursuant to Section 8 of the Cable Television Networks (Regulation) Act 1995."

However, the single judge of the High Court decided against BCCI-Nimbus and observed that sharing of feed was a matter of policy. At the same time, he held that if there was a violation of copyright, the copyright owners had the option of seeking remedies. Interestingly, "The learned single Judge, however, refrained from giving any opinion as to whether the non encryption of Doordarshan‟s Satellite Transportation Feed of Live Broadcasting Signals of cricket matches to Doordarshan Kendras and transmission towers for subsequent broadcasting on Doordarshan ‟sterrestrial networks, resulted in any violation of the copyrights of the appellants"

BCCI and Nimbus then approached the division bench through a letters patent appeal. They "sought striking down of Section 3 of the Sports Act insofar as it relates to cricket test matches."They also prayed for "striking down the notification dated 3.09.2000 issued by Prasar Bharati Broadcasting Corporation under the CTN Act, interalia, mandating that DD1 and DD be carried compulsorily by cable operators.  "The striking down of the order dated 29.05.2007 issued by the Government of India, Ministry of Information and Broadcasting was also sought."

Notification dated 3.7.2007 is on cricket being of national importance. Putting it into two categories, the first being all one and T20 matches being played by the Indian Men Cricket Team and test matches as considered to be of high public interest by Central Government while the other one being semi-finals and finals of World Cup and ICC Championship trophies.

Due to this notification, feed of such matches is to be shared with DD compulsorily.

In another petition that was clubbed with the LPA, a PIL was filed, praying that "such test matches as are considered to be of high public interest by the Central Government" is the offending portion of the notification. The petitioner claimed, "All test matches being played by the Indian Men‟s Cricket Team with any other test match playing country should be mandatorily telecast live from the feed provided by the content holder.  The petitioner has even challenged the discretion of the Central Government to specify as to which test matches areto be considered of high public interest."

Senior Advocates Mr Sudhir Chandra, Dr Abhishek Manu Singhvi appeared for ESPN, which was also added as a party. Mr. Chandra submitted, "Mandatory sharing of the live broadcasting signals was only for the purposes of enabling Prasar Bharati to re-transmit the said signals on Prasar Bharati‟s terrestrial networks and Prasar Bharati‟s DTH Networks and did not extend to cable operators."He also said, "ESPN / STAR do not have any objection, nor can they have, for showing the live telecast of the cricket matches on the terrestrial networks or DTH networks of Prasar Bharati.  His objection is that the live feed cannot be shared with private cable operators." Mr. Chandra also submitted that Section 3 of the Sports Act should be construed strictly and in a manner which casts the least burden on the expropriated owner.

On the other hand, Senior Advocate Dr. Singhvi raised the issue of economic loss to ESPN. He said, "First of all, they lose their subscription money and, secondly, they lose out on the advertisement revenue." The Court noted his submissions as, It was submitted that ESPN / STAR‟s rights had been mandatorily acquired under Section 3 of the Sports Act for the specific purpose of re-transmitting the same on Prasar Bharati‟s terrestrial and DTH networks. But, it has directly resulted in benefiting cable operators at the cost of ESPN/ STAR.  According to Dr Singhvi, this has resulted in a subscription loss of Rs 970 crores and a loss of advertising revenue to the extent of Rs 245crores since 2007" and "In this backdrop, Dr Singhvi submitted that the respondents cannot be permitted to carry the live broadcasting signals of cricket matches of national importance in Prasar Bharati‟s channels, which are to be compulsorily carried by the cable operators by virtue of Section 8 of the CTN Act."

Appearing for BCCI, Mr. Amit Sibal submitted, "Manner in which the respondents have operated the provisions of Section 8of the CTN Act, grants an illegitimate benefit to Doordarshan and cable operators at the cost of BCCI.  He submitted that BCCI survives on media rights and not on gate receipts.  If the media rights are whittled, ultimately, the sport of cricket would suffer." He also highlighted the preamble of the Act, which used the term "on a free to air basis".

Additional Solicitor General for India, Mr. Paras Kuhad appeared for Prasar Bharati and Government of India. He submitted, "broadcasting has always been a State monopoly and has two elements.  The first being the programme content and the second being the aspect of broadcasting itself which, in itself has three further elements of uplinking, downlinking and distribution." Bringing the stark reality to light, he said, "Only about 4.6 million households are connected via the terrestrial networks of Prasar Bharati.  He submitted that ESPN / STAR wants that free broadcasting should be limited to these 4.6 million terrestrial connections."

He further submitted that the public right to use the natural resources cannot be permitted to be impacted by private agreement. He also relied on the Australian example along with a European Directive and a publication in an international journal.

He "contended that the objective of providing live coverage on free television was to enable the substantial proportion of the public to follow events of major importance to society. Similarly, the position in India is that sporting events of the national importance are to be accessible to major sections of society on a free basis."

Regarding the preamble of the Act, Mr. Kuhad "emphasized that the objective was to provide access to the largest number of listeners and viewers on a free-to-air basis of sporting events of national importance."

Holding the view of BCCI, ESPN/STAR as correct, the division bench said, "Section 3 is an expropriatory provision and that the same has to be construed strictly and in such a manner that it places the least burden on the expropriated owner."

It also said, "Section 2(1) of the Sports Act does give an indication, when it defines "terrestrial television service" that a terrestrial network carries signals over the air using land based transmitters which a redirectly received through receiver sets by the public.  It is obvious that the expression "terrestrial networks" used in Section 3 of the Sports Act must be read in this context.  It does not involve the carrying of the signals through a cable network." The Court then said that "This being the case, when we strictly interpret the provisions of Section 3 of the Sports Act, it becomes clear that the simultaneously shared live broadcasting signal can only be re-transmitted by Prasar Bharati without the intervention of a cable operator.  In other words, such a shared live broadcasting signal cannot be carried through a cable operator.  This limitation is not by way of a private treaty, but by way of a statutory provision.  It is not as if public interest is being given a go-by for the sake of private interest."

The object and intention of the Act also figured in the judgment. The judgment reads, "The object and purpose of the Sports Act is to provide access to the largest number of the viewers, on a free-to-air basis on sporting events of national importance through mandatory sharing of sports broadcasting channels with Prasar Bharati." The Court also said, "It is essentially directed towards those citizens who do not have access to cable television and only have access to the terrestrial and DTH networks of Prasar Bharati."

Agreeing with the point of economic loss put forward, the Court opined, "It is these revenues, which are spent for the development of sports and sporting facilities relating to cricket all over India.  If these revenues are affected, it is ultimately the sport of cricket which would suffer.  Therefore, there has to be protection of the value of the content rights without, of course, impinging on the public interest rights of citizens."

It also highlighted the power to negotiate that is with Prasar Bharati. The Court said, "We may point out that by virtue of Section 12(3)(c) of the Prasar Bharati Act, Prasar Bharati is empowered to negotiate for purchase of, or otherwise acquire, programmes and rights or privileges in respect of sports and other events, films, serials, occasions, meetings, functions or incidents of public interest for broadcasting and to establish procedures for the allocation of such programmes, rights or privileges to the services."

Disagreeing with the opinion of the single judge, the division bench said, "We do not agree with the viewtaken by the learned single Judge in PW(C) 7655/2007, which forms the subject matter of LPA No.1327/2007, that carrying sports in a designated Doordarshan channel is a matter of policy.  In our view, it is a matter of administration.  But, even if we regard it as a matter of policy, such policy cannot override the statutory provisions contained in Section 3 of the Sports Act in the manner which we have interpreted.  The appeal as well as WP(C)8458/2007 are allowed to the extent that the live broadcasting signal shared by ESPN / STAR by virtue of Section 3 of the Sports Act with Prasar Bharati, shall not be carried in the designated Doordarshan channels under the must carry obligation cast by Section 8 of the CTN Act on cable operators.  This shall operate prospectively."