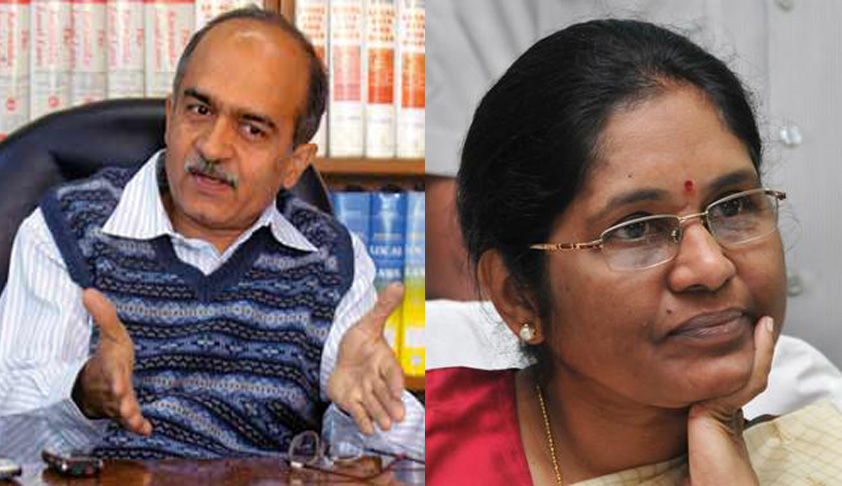 Lawyer and activist, Prashant Bhushan has written a letter to Chief Justice of Delhi High Court, Justice G. Rohini, bringing to her notice, the apparent irrationality in the result of the Main Exam of the Delhi Judicial Service, (DJS) 2014.

In the letter, Mr. Bhushan claims to have been approached by several students/ candidates, who have been declared unsuccessful in the result, declared on 1st May 2015, of the Main Exam of DJS, 2014, “with the facts and documents which show very startling information/data regarding the said result and also raise serious questions about the evaluation method/selection process being adopted for selecting the lower judicial officers in Delhi.”

On 18.02.2014, after a gap of three years, an advertisement was issued for recruitment to 80 vacancies of Delhi Judicial Service (DJS). Out of 80 vacancies, 55 were for the General Category candidates. The exam was to be held in three parts, the preliminary examination, the main examination and the interview.

The result of this Main Examination was declared on 1st May 2015, almost 7 months after the exam was held. Surprisingly, only 15 students (13 from General Category and 2 from reserved category) have been selected for the interview for total 80 vacancies in the result declared on 1st May 2015. Thus, 98% of the students who had cleared preliminary examination have not been found suitable for the final interview test.

Mr. Bhushan’s letter claims that this was despite the fact that at least 65 candidates, who appeared for the Main Exam but not selected for the interview, are those who have already cleared judicial examinations of other States like Uttar Pradesh, Himachal Pradesh, Haryana, Jharkhand, Orissa, Punjab, Rajasthan Uttarakhand, Madhya Pradesh, Gujarat, and most of them are sitting judges in their respective states.

He hence concludes that “there is a serious problem with the evaluation method of the exam, which is being conducted for selecting the judicial officers in Delhi, and unless this evaluation method or selection process for DJS is re-examined to make it more rational and reasonable, without compromising on merits, one of the most important factors responsible for huge pendency or delay in justice i.e. lack of sufficient number of judicial officers will not be tackled.”

He requests that the result of the Main (Exam) of DJS, 2014, declared on 1st may 2015, should be put on abeyance and all the papers of all the candidates who appeared for the said exam should be re-evaluated “by adopting fair and reasonable standards”, “by persons of unquestioned fairness”, so that meritorious and suitable candidates could be selected for all the notified vacancies.

Last week, Union Law Minister had written to the Delhi High Court Chief Justice G. Rohini to look into the “corruption, favouritism and nepotism” in the Delhi Judicial Services Examination that was held in New Delhi last year. Despite such claims, no corrective action has been taken till now. You may read the LiveLaw story and letter here.