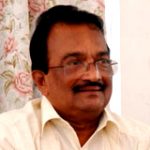 Year 1988. Scene was laid in the Sub Court, Thalassery, Kerala. Dr Lalji Singh, a famous molecular scientist, was giving evidence on the DNA typing he did in a case of disputed paternity. A lady insurance agent became pregnant by sexual relations with a businessman. She delivered a male child and filed a case for maintenance u/s 125 of CrPC. The court ordered that the latest forensic technique...

Year 1988. Scene was laid in the Sub Court, Thalassery, Kerala. Dr Lalji Singh, a famous molecular scientist, was giving evidence on the DNA typing he did in a case of disputed paternity. A lady insurance agent became pregnant by sexual relations with a businessman. She delivered a male child and filed a case for maintenance u/s 125 of CrPC. The court ordered that the latest forensic technique of DNA fingerprinting is to be conducted on the child, mother and the putative father. Dr Lalji Singh had just joined the Centre of Cellular and Molecular Biology, Hyderabad, after working as research associate for 12 years in the University of Edinburgh. He had developed an indigenous method of DNA typing and started conducting the analysis in court cases.

Dr Lalji Singh came to the court with the scientific materials and gave evidence. He categorically stated that the counterpetitioner is the father of the child. Nobody, including the judge, understood any of the scientific jargon. That night, I received a frantic telephone call from the judge, my schoolmate and close friend. He asked me to come to his court and help the court to appreciate the scientific evidence. Accordingly, I attended the court, studied the documents and explained to the court the methods Lalji adopted and the results he obtained in simple layman’s terms. I remember a question from the defense counsel. “Is there any other name for DNA fingerprinting?” I replied “”Sexual lie detector”. The whole court bursts into laughter. The counterpetitioner, the child and his mother were present in the court. I looked at the faces of the counterpetitioner and the child - a chip of the old bloc! No DNA typing was necessary to prove the paternity.

DNA typing is an epoch-making discovery of the 20th century. The human body is made up trillions of cells, the nuclei of which houses DNA (Deoxy ribonucleic acid) that codes for genetic information for all processes of the cell. The DNA molecules are housed in 46 chromosomes. Of the 46 chromosomes, 23 come from the sperm and the other 23 from the ovum. After fertilization, the zygote, containing 46 chromosomes, divides, multiplies and grows to a fetus. Some regions in the chromosome contain repeating units of same type of DNA. The number of repeating units varies in individuals. In other words, the DNA pattern of an individual is unique. The statistical probability of two individuals having the same DNA pattern is almost nil. This is the basis of DNA typing.

This was discovered and the technique of DNA fingerprinting was perfected by Sir Alec Jeffrey of Leicester University in March 1985. In India, Dr Lalji started doing DNA fingerprinting in 1987. Lalji was born on July 5, 1947, in Jaunpur district of Uttar Pradesh. He obtained his BSc degree in 1964 and MSc degree in Zoology in 1966 from Benares Hindu University. Lalji was awarded PhD in 1971 by the BHU for his work in the area of cytogenetics. From 1970 to 1972, Lalji was Research Associate at the Department of Zoology, BHU. He was awarded Commonwealth Fellowship in 1974 to carry out research at the Edinburgh University, UK. In June 1987, Lalji returned to India and joined the Centre for Cellular and Molecular Biology (CCMB), Hyderabad, as a senior scientist. Areas of his research interest involved molecular basis of sex determination, DNA fingerprinting, wildlife conservation, silkworm genome analysis, human genome and ancient DNA studies.

Dr Lalji Singh developed a probe called Bkm-derived probe from Banded Kraits for DNA fingerprinting, which brought CCMB to limelight. Since then, this probe is being extensively used for forensic investigation, paternity determination and seed stock verification. In July 1998, he was appointed as CCMB Director. He has published over 80 research papers in reputed national and international journals. Lalji Singh became synonymous with the term “DNA fingerprinting” to a generation of forensic scientists of the country.  He had identified the   remains of the accused in the assassination of the late prime minister, Rajiv Gandhi, by DNA typing. Today, DNA evidence is admissible in courts and is used routinely in crimes and cases of disputed paternity.

In 1995, the Department of Biotechnology established the Centre for DNA Fingerprinting and Diagnostics (CDFD) in Hyderabad under the leadership of Dr Lalji.  He introduced state-of-the-art technologies and instruments in the institute. The Hyderabad-based laboratory is doing excellent research in the field of wildlife forensics and conservation of important wildlife species. Lalji was appointed as the Vice-Chancellor of the Banaras Hindu University in 2009. During his stint at BHU, he started a Master’s degree course in forensic science. He was drawing only a token salary of Re 1 during his tenure as VC.

After his tenure as the BHU VC, Dr Lalji returned to Hyderabad to continue his efforts at bringing science to the public through his Genome Foundation, a non-profit organization that aims to diagnose and treat genetic disorders affecting the underprivileged, especially from rural India. On his way to Delhi, Lalji died of a massive heart attack at Varanasi airport this December 11. In his demise, India has lost an eminent scientist who tried to bring the country at par with developed countries in the field of DNA forensics. Till his death, he was active at Genome Foundation.

As a friend and admirer, my tearful salutations to dear Lalji. He will live forever in the hearts of all forensic scientists of the country. My heartfelt condolences to the bereaved family and I share their grief. Dr B Umadethan is the Former Director of Medical Education, Kerala State, and Medico-legal Adviser to Kerala Police.

[The opinions expressed in this article are the personal opinions of the author. The facts and opinions appearing in the article do not reflect the views of LiveLaw and LiveLaw does not assume any responsibility or liability for the same]
TagsDNA fingerprinting DNA typing Father of DNA Forensics Lalji Singh
Next Story
Similar Posts
+ View more
Law Firms
+ More