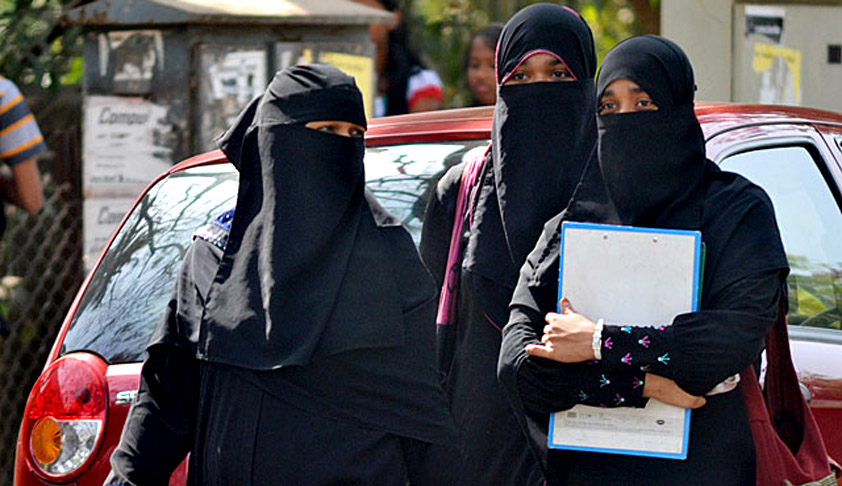 A Single Judge of Kerala High Court allowed two Muslim girl students to wear Hijab and full sleeve dress while appearing for the CBSE All-India Pre-Medical Entrance Test (AIPMT) on 25th July. The Students challenged the new dress code introduced by the CBSC for the AIPMT Examination.  Justice K. Vinod Chandran allowed the plea on the conditions that the girls shall be present before a...

A Single Judge of Kerala High Court allowed two Muslim girl students to wear Hijab and full sleeve dress while appearing for the CBSE All-India Pre-Medical Entrance Test (AIPMT) on 25th July. The Students challenged the new dress code introduced by the CBSC for the AIPMT Examination.  Justice K. Vinod Chandran allowed the plea on the conditions that the girls shall be present before a woman invigilator and if required the invigilator can search the body.

By the Judgment dated 15th June in Tanvi Sarwal Case, CBSE has been directed by Supreme Court of India to re-conduct the AIPMT Examination.

The new Dress Code introduced by CBSE  prescribes to “Wear light clothes with half sleeves shirts, T-Shirts, kurta not having big buttons, brooch or any badge, flower and trousers and salwars. Wear open slippers and not shoes,”

The Writ Petitions were filed by  Asiya Abdul Karim from Kozhikode and Nadha Rahim from Palakkad . They had contended that the new dress code will offend their religious practice of wearing Hijab and full sleeves while going out.

Disposing the Petitions Justice Vinod Chandran said that “ it was not proper for any authority to deny a woman the right to wear her religious attire. The court also observed that if a particular dress is mandated by a religion, it cannot be insisted that such a dress be avoided for an examination”.

According to the TOI report '"The court further said it should, however, be noticed that in a nation like India that has diverse religions, it cannot be insisted that a particular dress code mandated by a religion should be avoided so as to sit for the examinations. But the court desisted from issuing a blanket order by pointing out that the petition is based on an apprehension that the petitioners may not be permitted to write the exams.”

One of the Petitioners reportedly told New Indian Express that “It is my fundamental right to wear the headscarf and full-sleeve dress. I wear it when I go out. My religious belief does not allow me to sit for the exam in the prescribed dress code,”

Art.19(1)(a) of the Constitution guarantees to all citizens freedom of speech and expression, but Art.19(2) provides that nothing in Art.19(1)(a) shall prevent a State from making any law, in so far as such law imposes reasonable restrictions on the exercise of the right conferred by the said sub clause in the interests of the sovereignty and integrity of India, the security of the State, friendly relations with foreign States, public order, decency or morality, or in relation to contempt of court, defamation or incitement to an offence. Art.25(1) guarantees to all persons freedom of conscience and the right freely to profess, practise and propagate religion, subject to order, morality and health and to the other provisions of Part III of the Constitution. While interpreting the above Constitutional provisions Justice Chinnappa Reddy wrote in his landmark Judgment in Bijoe Immanuel as follows;

“Therefore, whenever the Fundamental Right to freedom of conscience and to profess, practise and propagate religion is invoked, the act complained of as offending the Fundamental Right must be examined to discover whether such act is to protect public order, morality and health, whether it is to give effect to the other provisions of Part III of the Constitution or whether it is authorised by a law made to regulate or restrict any economic, financial, political or secular activity which may be associated with religious practice or to provide for social welfare and reform. It is the duty and function of the Court so to do. Here again as mentioned in connection with Art.19(2) to (6), it must be a law having the force of a statute and not a mere executive or a departmental instruction”

Recently US Supreme Court in Equal opportunity Commission v. Abercrombie & Fitch Stores Inc ruled in favour of a Muslim Woman holding that denial of job for wearing headscarf is discriminatory.