Derogation by Omission; Disclosure by Default? A Brief Exploration of the Law on Biometric Information Disclosure in India 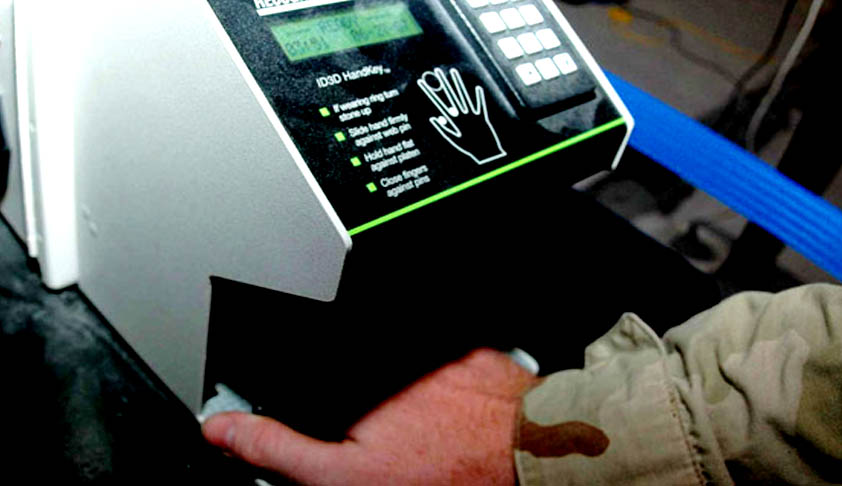 IntroductionRules on disclosure of biometric information of citizens by private entities holding such information upon requests or orders from law enforcement and other agencies/ third parties, were first formulated in India in the form of Information Technology (Reasonable Security Practices and Procedures and Sensitive Personal Information) Rules of 2011(hereafter referred to as “the...

Rules on disclosure of biometric information of citizens by private entities holding such information upon requests or orders from law enforcement and other agencies/ third parties, were first formulated in India in the form of Information Technology (Reasonable Security Practices and Procedures and Sensitive Personal Information) Rules of 2011(hereafter referred to as “the IT Rules”). Interestingly, these Rules were framed to implement a recent legislative intent (under new amendments in 2008 to the Information Technology Act of 2000—hereafter referred to as “the IT Act”) for reasonable security practices to be followed by private entities to protect sensitive personal data or information from unauthorised disclosure of such information. However, by extending a limited intent of protection of sensitive personal information as expressed by the Indian Legislature in the IT Act, to actually enabling disclosure of sensitive personal information to law enforcement and other agencies/ third parties under the IT Rules, this underlying legislative mandate may have been far exceeded.

As analysed in this paper, the IT Rules also have an unintended effect of bypassing key constitutional protections that may be available to citizens under Article 20(3) of the Indian Constitution and an inherent right to appeal against disclosure decisions made by private entities, as well as an effect of bypassing key legal protections, both substantive and procedural, that are available under the Identification of Prisoners Act (1920), the Code of Criminal Procedure (1973) and in other statutes in India. In addition, the IT Act itself requires stakeholders to respect confidentiality and privacy of information; and from an overall legal perspective. Overall, the IT Rules may therefore be in undesirable conflict with core constitutional guarantees, with rights accorded by important provisions of certain other Acts, and with core protections granted by the underlying IT Act itself.

From a strictly “legal derogation” perspective, it may also be useful to attract attention of the readers to a “Press Note” (hereafter “the Note”) issued shortly after notification of the Rules: one that was issued on behalf of the Ministry of Communications & Information Technology purportedly clarifying that:

(i) Any body corporate providing services relating to collection, storage, dealing or handling of sensitive personal data or information under contractual obligation with any legal entity located within or outside India is not subject to the requirement of (IT) Rules 5 & 6;

(ii) Body corporate, providing services to the provider of information under a contractual obligation directly with them, as the case may be, however, is subject to (IT) Rules 5 & 6;

(iii) Providers of information, as referred to in these (IT) Rules, are those natural persons who provide sensitive personal data or information to a body corporate;

(iv) Privacy policy, as prescribed in (IT) Rule 4, relates to the body corporate and is not with respect to any particular obligation under any contract; and

(v) In (IT) Rule 5(1) consent includes consent given by any mode of electronic communication.

This Note is quite interesting from a legal implications perspective, in that while attempting to “clarify” the position under the IT Rules, it in fact went far beyond clarification as that word is generally understood, virtually nullifying the obligations imposed on body corporates under (IT) Rules 5 & 6 that were earlier notified to carry out the provisions of the IT Act. In this context, it may also be important to note that the IT Act authorises the Central Government to makes rules to carry out the provisions of the Act, and further requires that :  (i) such rules are required to be notified in the Government Gazette; and (ii) every notification containing such rules shall be laid before each House of the Parliament. Similarly, the Act authorises the Central Government to make provisions for removal of difficulties , and further requires that every such order for removal of difficulties shall be laid before each House of the Parliament. A bare reading of the Note shows that it is neither an order for removal of difficulties under the IT Act, nor a rule to carry out the provisions of the Act fulfilling mandatorynotification and presentment requirements prescribed under the IT Act; but rather a “clarification” of duly notified IT Rules: a Note that itself was perhaps never notified in the Gazette or presented to the Indian Parliament. To that extent, while the Note by itself presents an extreme derogation of the IT Rules, it is presumed to be void ab-initio and therefore of no legal consequence for the purposes of subsequent academic analysis and discussions in this short paper. This paper accordingly attempts a brief exploration of the basic law on biometric information disclosure in India, limiting itself to the legal position under the IT Act and the IT Rules, leaving amore comprehensive and a fuller case law analysis for a future point of time for reasons ofmaintaining brevity and focus.

II. Biometric Information under IT Rules: Definitions and Coverage Issues

Obligations of body corporates (including any person acting on their behalf) engaged in collection, receipt, possession, storage, dealing or handling of information (including biometric information)   are contained India’s Information Technology (Reasonable Security Practices and Procedures and Sensitive Personal Information) Rules (2011). For the purposes of application of the IT Rules, “body corporates” are defined (under the principal IT Act) as a company and include a firm, sole proprietorship or other association of individuals engaged in commercial or professional activities; and body corporates could therefore include trusts and societies as well.

The IT Rules define “biometrics” as technologies that measure and analyse human body characteristics such as fingerprints, eye retinas and irises, voice patterns, facial patterns, hand measurements and DNA for authentication purposes.   The definitions of “data” and “information” are separately provided under the IT Act, and are somewhat “circular” in the sense that while “data” means a representation of, inter alia, informationor facts prepared for processing in any form in the memory of a computer; “information” as defined in the IT Act includes (Sec. 2(1)(o)  data, text, images etc. To that extent, for the purposes of this paper, the word “information” implies both information and data as defined under the IT Act.

Certain other characteristics of the IT Rules also merit attention from a derogation perspective. As stated earlier, the IT Rules were framed to implement a clear legislative intent under new amendments in 2008 to the IT Act for reasonable security practices to be followed by private entities to protect sensitive personal data or information from unauthorised disclosure of such information. Interestingly enough, while a newly inserted section  of the IT Act imposed an obligation of due care on body corporates for implementing and maintaining reasonable security practices and procedures, and also imposed on them a liability for damages by way of compensation to affected persons for failure to do so, the IT Act itself never defined sensitive personal information to be so protected, leaving it to the Executive to do so by way of subordinate rules.

The IT Rules then further permit two even more significant derogations to a body corporate’s obligation not to disclose sensitive personal information without express consent of an information provider: (i) sensitive personal information shall be disclosed by a body corporate to a third party by an order under the law for the time being in force, without clarity on whether a body corporate shall need to mandatorily disclose even if there is a discretional exception allowing it not to disclose (such as certain protections under the RTI Act, 2005or the Code of Criminal Procedure, 1973 as discussed subsequently in this paper); and (ii) sensitive personal information shall be shared with Government agencies mandated under the law to obtain such information for certain purposes, without any need to obtain prior consent or provide any post-facto notice to the provider of information, and without any clarity on whether the Government can be a foreign government operating under its own (foreign) laws, since the phrase “appropriate Government” has not been defined either under the IT At or under the IT Rules.

The IT Rules, while laying down specific legal obligations and applicable liability of body corporates with regard to sensitive personal information, do not provide for any specific offences or penalties for any potentially important violations of such obligations such as: (i) violation or non-publication of privacy policies for handling of sensitive personal information; (ii) illegal, unauthorised or non-consented transfer of such information; (iii) failure to maintain adequate security of such information; and (iv) failure to destroy sensitive personal information upon withdrawal of consent by an information provider. These important aspects could perhaps be covered under a general clause dealing with breach of confidentiality and privacy under the principal (IT) Act, which states that any person having secured access to any electronic information discloses such information without consent of the person concerned shall be liable with imprisonment for a term which may extend to two years, or with fine which may extend to one lakh rupees, or both (Sec. 72).

Separately, the IT Act recognises other general offences and mentions penalties in regard thereto, such as: (i) penalties for hacking with a computer system (Sec. 66); and (ii) accessing or attempting to access in an unauthorised manner a protected system declared to be such by the Central Government (Sec.70). Provisions of the IT Act apply to any offence or contravention committed outside Indian by a person irrespective of his/ her nationality [Sec. 75(1)], if the act or conduct constituting the offence or contravention involves a computer, computer system or computer network located in India [Sec. 75(2)]. It however appears that a person outside India may not be liable at all under the IT Act, even if he/ she causes breach of confidentiality and privacy in respect of an Indian information provider, if such provider’s sensitive personal information is stored on a computer, computer system or computer network located outside India. This could be a serious gap and consequent derogation of liability in the regulatory framework, sinceIT Rules themselves permit transfer to entities outside India, and also permit storage of sensitive personal information outside India.

Sandeep Verma holds an LLM with highest honours, having specialised in Government Procurement Law from The George Washington University Law School, Washington D.C. In 2009, he established www.BuyLawsIndia.com, a website dedicated to the advancement of public procurement law in India. Views expressed in this policy note are personal and academic; and do not reflect the official position or policy of the government of India or any of her departments or agencies.

This is Part I of the column.