Designation of Senior Advocates; Procedure of making applications is the root cause, Secret ballot, Support of Minimum Number of Judges etc are oppressive ; Dushyant Dave 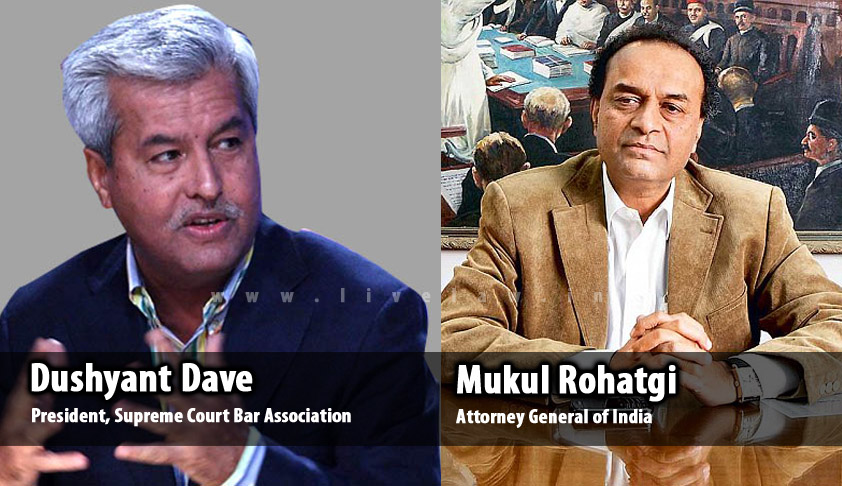 Section 16(2) of the Advocates Act, 1961 and Rule 2(a) of Order IV of the Supreme Court Rules, 1966 provide clear guidelines for such Designations. Therefore they are reproduced hereunder:

“16(2) – An advocate may, with his consent, be designated as senior advocate if the Supreme Court or a High Court is of opinion that by virtue of his ability 1 [standing at the Bar or special knowledge or experience in law] he is deserving of such distinction.”

2(a) – The Chief Justice and the Judges may, with the consent of the advocate, designate an advocate as senior advocate if in their opinion by virtue of his ability, standing at the Bar or special knowledge or experience in law the said advocate is deserving of such distinction.”

What emerges from the above views;

1) That the Chief Justice and the judges have been conferred the power to  designate a Senior Advocate,

2) That such power be exercised by forming an opinion , that an Advocate is deserving of such a distinction ,

3) Provided such distinction can be deserved based only on ability, standing at the Bar or special knowledge or experience in law, of an Advocate,

4) And it must be with the consent of the Advocate.

These provisions clearly suggest that the Powers can be and ought to be exercised suo-moto and it is not necessary for an Advocate to apply. The procedure of making applications is the root cause for what is ailing the process as at present.

The parameters set out in the provisions are so glaring and well known to the Chief Justice and the Judges that their task, if performed objectively, is not difficult.

The present process of secret ballot by the Judges and further condition precedent to have support of minimum number of Judges for actual consideration of the application for designation by the Full Court is oppressive.

To ensure objectivity it would be in the interests of the Institutions and the Bar that the chief justice and the judges informally but invariably consult the Attorney General of India and the President of the Bar. Many Judges in the Supreme Court may not have a real opportunity to observe large number of Advocates either because their tenure may be short or the Advocates do not get sufficient opportunity to appear before all of them. Informal interaction with the Attorney General of India and president of the bar can removed such short comings altogether.

To my mind, no further change or amendment or procedure would be needed if the above suggestion is implemented.

Non-designation of Advocates deserving designation seriously affects their practice and thus violates their Constitutional and Legal Rights. Even a few years delay can proof to be fatal.

By virtue of the pre-eminence which senior counsel enjoy in the profession, they not only carry greater responsibilities but they also act as a model to the junior members of the profession. A senior counsel more or less occupies a position akin to a Queen's counsel in England next after the Attorney General and the Solicitor General. It is an honour and privilege conferred on Advocates of standing and experience by the Chief Justice and the Judges of this Court. They thus become leading counsel and take precedence on all counsel not having that rank.  A  senior counsel though he cannot draw up pleadings of the party, can nevertheless  be engaged "to settle" i.e. to put the  pleadings into "proper and satisfactory form" and hence a senior counsel settling pleadings has a more onerous responsibility as  otherwise the blame for improper pleadings will be laid at his doors.”

Indecently Queens’s Counsels are appointed by crown patent on the advice of the Lord Chancellor.

The Rule 2(a) of Order IV of Supreme Court Rules, 1966 may therefore be suitably amended accordingly.

Both the above, suggestions as well as draft, were considered by the Executive Committee of Supreme Court Bar Associaation in its meeting held on 15.09.2015 and approved in the following manner:

The Executive Committee approved with appreciation the suggestions made by   Mr.Dushyant A. Dave, Senior Advocate & President, SCBA and also the working draft prepared by the Ld. Attorney General for India. The Executive Committee also felt that similar guidelines should be worked out for all High Courts as well for designation as Senior Advocate as once an Advocate has been designated as a Senior Advocate, there is no difference on the basis of the court of designation causing a lot of disparity and resultant heartburn.”

In May 2015 SCBA President Dave in a letter to the Chief Justice of India  had asked the Chief Justice of India to revisit the rules relating to designation of Senior Advocates. The letter says, “Perhaps a better mechanism needs to be evolved, in which the Bar also has a role to play, may be at the level of Attorney General or the Executive Committee of the Bar, to address the concerns of the Bar.”