Dignity Of Law Courts And The Contempt Law 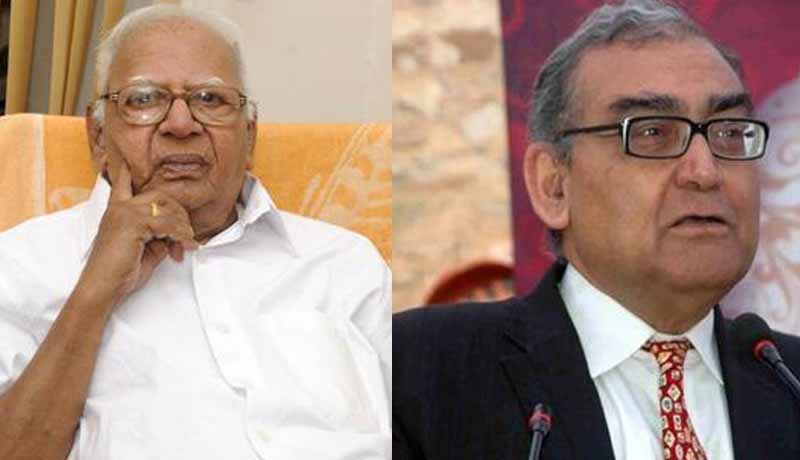 ***“Fluctuating facts and kaleidoscopic circumstances,bewildering novelties and unexpected factors,personal vicissitudes and societal variables may defy standard-setting for all situations; but that does not mean thathumane principles should be abandoned and blanketdiscretion endowed, making life and liberty the playthingof the mentality of human judges.”- (AIR 1979 SC 916) ***It is...

setting for all situations; but that does not mean that

humane principles should be abandoned and blanket

It is regarded as a very strange situation in the history of our nation that we had witnessed recently in our Supreme Court. One of the retired judges of the same Court, Justice Markandey Katju, was requested by a Bench to present his views before the Court on a Suo Motu Review Petition registered by that Court in response to a blog published by Justice Katju on his Facebook page criticising the Supreme Court for its judgment in an infamous murder case. When the hearing on Review Petition was over, in a carrot and stick approach judgement the presiding judges appreciated the retired judge for the assistance rendered to the court and issued a contempt notice on a contempt proceedings that too registered suo motu, against the retired judge for a subsequent blog on his Facebook page respecting the same case. This was the strange situation India had witnessed.

In the wake of the above incident what I am reminded of is about the decision by Lord Denning in R. vs. Metropolitan Police Commissioner of the Metropolis Ex. parte Blackburn (No. 2) [1968 (2) A.E.R. 319]. That is a case where, a person has written an article in a publication named ‘Punch’ criticising the Court, which contained erroneous facts. The starting of the passage, as quoted in the judgement, goes like this: “The recent judgment of the Court of Appeal is a strange example of the blindness which sometimes descends on the best of judges. The legislation of 1960 and thereafter has been rendered virtually unworkable by the unrealistic, contradictory and, in the leading case, erroneous, decisions of the courts, including the Court of Appeal…..” What was Lord Denning finally decided and other two judges acceded to it was that:

“That article is certainly critical of this court. In so far as it referred to the Court of Appeal, it is admittedly erroneous. This court did not in the gaming cases give any decision which was erroneous, nor one which was overruled by theHouse of Lords. Is the article, however, a contempt of court?This is the first case, so far as I know, where this court has been called on to consider an allegation of contempt against itself. It is a jurisdiction which undoubtedly belongs to us, but which we will most sparingly exercise: more particularly as we ourselves have an interest in the matter. Let me say at once that we will never use this jurisdiction as a means to uphold our own dignity.That must rest on surer foundations. Nor will we use it to suppress those who speak against us. We do not fear criticism, nor do we resent it. For there is something far more important at stake. It is no less than freedom of speech itself. …….So it comes to this. Mr. Quintin Hogg has criticised the court, but in so doing he is exercising his undoubted right. The article contains an error, no doubt,but errors do not make it a contempt of court. We must uphold his right to the uttermost. (Paragraph edited and emphasis added)”

Criticism of judgement or even of the judges, in a fair manner, is not deprecated by law. What is prohibited is mainly the scandalising of the authority of the Court. Whether mens rea to commit the offence is a required element is a matter to be considered. In a number of judgments it has been decided that mensrea is not a sine qua non for committing contempt. Yet, it has been observed by the Supreme Court in Abdul Karim vs M. K. Prakash and Ors (1976 AIR 859) that “Even if it could be urged that mens rea, as such, is not an indispensable ingredient of the offence of contempt, the courts are loath to punish a contemnor, if the act or omission complained of, was not wilful.” So it is still a fact to be gathered that a jurist, who is no less than a retired judge of the Supreme Court would attribute some imputations scandalising the court wilfully.

The above incident may not be the first in India that a retired judge is booked/proceeded against in a contempt proceeding. One of the finest judges that India has produced, Justice V R Krishna Iyer was sought to be proceeded under contempt of court law. He was one of the distinguished guests at the Silver Jubilee Celebrations of the High Court of Kerala held in October-November, 1981. At a symposium organised on that occasion on "Approach of Judicial Reforms", Sri Krishna Iyer as a main speaker addressed the assembled audience. One of the Judges of the High Court of Kerala Sri G. Viswanatha Iyer was then in the chair. Sri Vincent Panikulangara, the Petitioner was said to have attended that symposium and according to him the speech delivered by Sri V.R. Krishna Iyer amounted to scandalisation of the authority of the Supreme Court and the High Courts and therefore Sri V.R. Krishna Iyer is guilty of criminal contempt. He moved the Advocate General for sanction which the Advocate General gave.

To decide whether the notice of contempt had to be issued against Justice Iyer, there had been a hearing. In the reported decision, (Vincent Panikulangara Vs. V.R. Krishna Iyer:1983 KLT 829) relevant paragraphs from the petition, which was asserted by Justice Iyer has been quoted, which are as hereunder:

“(a) ' One day the people of this country will rise and say that we don't want this magnificent red stone edifice on the Curson Road because it is seen to be counter productive and in turn the High Courts.'

(b) 'When property rights are affected in R.C. Kooper' s case the Judge's heart began to bleed.'

(d) 'And in this country the Jesuses are getting crucified and the Barbases are very much upheld thanks perhaps to the judiciary.'

(e) 'That they (Judiciary) have not been ordinarily influenced by the executive or the legislature.'

(f) 'In fact as an insider there are many things I know which I should not mention in public.'

(g) 'Our" whole judicial approach has a certain independence from all civilised behaviour.'

(e) 'In fact to speak very frankly, the Indian judiciary is non est.”

By quoting the significant paragraphs from R. vs. Metropolitan Police Commissioner of the Metropolis the Division Bench of the High Court speaking through P. Subramonian Poti, A.C.J. said that “by pointing out the weak spots in the Judicial system and alerting the people to the need for a change lest the people as a whole reject the system, Justice Iyer was alerting his audience to bestow serious attention to the problem. The comments made by him are not of a person who is vituperative or who wants to bring into disrepute the judicial system of this country, but of one who was exhorting the people for revolutionary change in the outlook concerning problems of the judiciary.”

As per the Contempt of Court Act, 1971, there are two types of contempt, criminal contempt and the civil contempt. Out of that, civil contempt is the violation of orders/judgements. Criminal contempt, inter alia, is concerned with the publication (whether by words, spoken or written, or by signs, or by visible representation, or otherwise) of any matter or the doing of any other act whatsoever which has the quality of scandalising or lowering the authority of any court. The matter being sub judice before the Apex Court, we have to refrain from making out any opinion whether the Facebook post in question is contemptuous or not. Let the decision come to know whether the post of Justice Katju has such a quality. Let’s hope the decision be another authority on the subject in terms of precedents.