Direction for Third Gender not an acceptable legal proposition 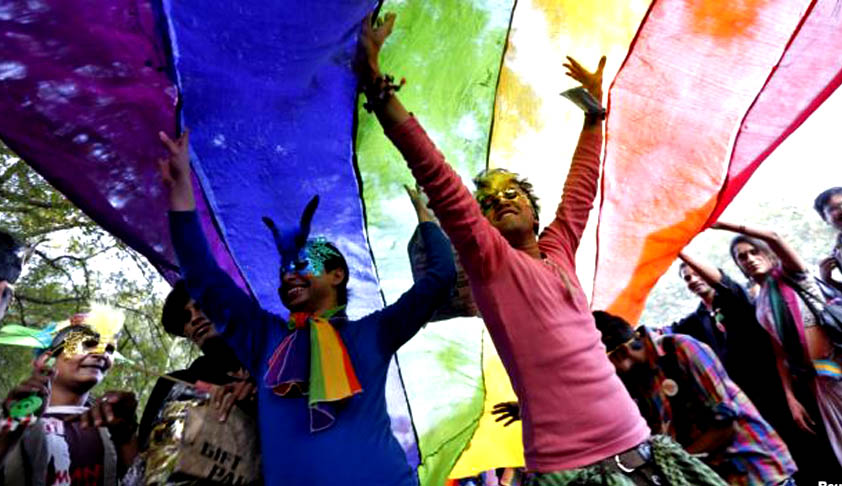 Supreme Court of India has declared that Hijras, eunuchs,  apart from binary genders, be treated as “third gender” for the purpose of safeguarding their rights under Part III of the Indian Constitution and other laws. The Central and State Governments are directed to grant legal recognition of their gender identity such as male, female or third gender. Other directions to protect them...

Supreme Court of India has declared that Hijras, eunuchs,  apart from binary genders, be treated as “third gender” for the purpose of safeguarding their rights under Part III of the Indian Constitution and other laws. The Central and State Governments are directed to grant legal recognition of their gender identity such as male, female or third gender. Other directions to protect them is also issued by the judgment of the Supreme Court of India in the case filed by the National Legal Services Authority vs Union of India, (2014)5 SCC 438. Of course it is a welcome step that most of them find it difficult to change their sex in the records after a surgery and claiming rights as particular gender.   But a direction to recoginse a third gender, in a country like India where women is given special protection under many laws, is possible? Under the present law transgender is recognized as man or women depending on the way on which they live. Speaking in legal sense, now the said transgenders will not get the protection of women, because they are now identified as separate gender.

Gender means the fact of being male or female, especially when considered with reference to social and cultural differences, not differences in biology. Gender in all legislations ‘unless contrary intention appears words importing Masculine Gender shall include female. The pronoun he and its derivatives are used of any person whether male or female.  The gender is that distinction in words which marks the distinction of sex in things. The genders are divided into masculine, feminine and neuter and animals are divided into male and female. The word neuter is used to describe person who do not belong to male or female who is not a gender. Now the Supreme Court has created a legal status to neuters.

Though Supreme Court of India directed them to the recognized as third gender, I could not find any Indian laws which recognizes such third gender. The General Clauses Act, 1897 states that unless there is anything in the subject or context, words importing the masculine gender shall be taken to include females. Under the Indian Penal Code, 1860 the pronoun “he” and its derivatives are used for any person, whether male or female. A transgender cannot come and say that she is a third gender and is not covered by any of the provisions of the said provisions which only recognizes man and woman. The Births and Deaths Registration Act, 1969 mandates a duty to register births and deaths which also does not prescribe the description of a third gender.

In the United States of America it is the discretion of the States classifying a person's sex as male or female.  Throughout the world , the degree to which a given state recognizes a transsexual person as his or her desired sex varies. It is dependent on factors such as the "steps" the person has taken in his or her transition, such as psychological therapy, hormone therapy, and sex reassignment surgery (SRS), and other forms of biological formation. The Gender Recognition Act 2004 of UK allows transgender people to change their legal gender. Many of the countries permits recognition of sex change, but not a third sex category.

The so called Hijras, eunuchs in India live as females. They are treated as female for all purposes including their legal rights.  In one of the recent case which came up before Madras High Court after the above judgment,  a transgender was not considered for appointment as women police constable for the reason that she is not having only reason stated by the respondents to brand the petitioner as a transgender is that there is absence of uterus and ovaries in her body. The Madras High Court following the dictum laid down has held that the transgender be considered as female. The neuters will not get the benefit of reservation of seats for women in various constituencies in view of the present verdict which gives them a third class status.

The judgment raises many questions of law on the rights and duties which are available to man and women and the availability of the same to transgenders.  Can a transgender marry a women or man ? Under the Indian Penal Code, 1860 a man is said to commit rape if he commits the sexual intercourse with a woman. What will be status of third gender in the above description of the provisions of law. What will be status of the third gender in offences relating to marriage? The female Hindu has an absolute right to property under the Hindu Succession Act, 1956. There are several laws in India which absolutely protects the women from domestic violence, working women, women students, etc. Even Women’s Commission is working in States like Kerala where their grievances are redressed.  Will the transgender get the said rights, as women, after the above verdict? A transgender will not get a right of women under the laws of our country because Supreme Court of India directed them to be recognized separately as a gender. Now the transgender are in predicament situation under law because they are not men or women, they are third class, according to Supreme Court judgment which itself is discriminatory.