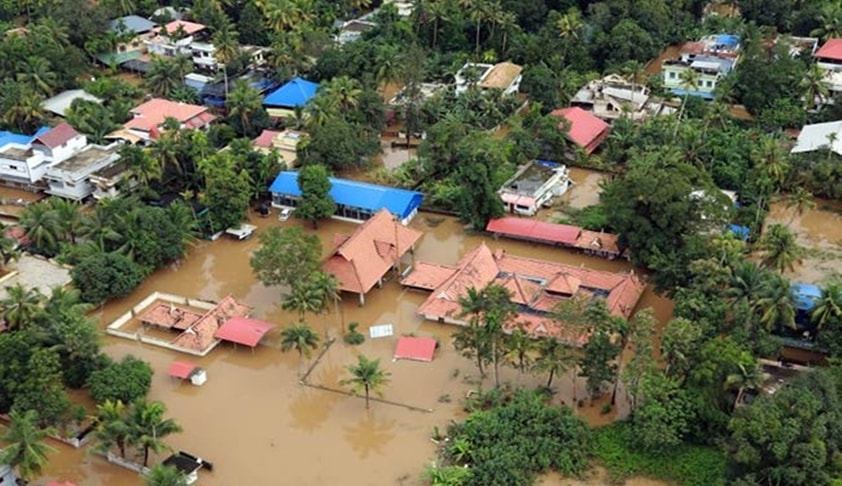 Flood is over in Kerala.  But the blame game and mudslinging continue unabatedly as its aftermath. The devastation caused by the recent unprecedented deluge made Keralites stoic to confront natural calamities with a resolute mind.  Now the deliberations are on the post-disaster management and the dam safety monitoring.  Thanks to the munificence of Keralites strewn over the world,...

Flood is over in Kerala.  But the blame game and mudslinging continue unabatedly as its aftermath. The devastation caused by the recent unprecedented deluge made Keralites stoic to confront natural calamities with a resolute mind.  Now the deliberations are on the post-disaster management and the dam safety monitoring.  Thanks to the munificence of Keralites strewn over the world, remarkable fund flow in the Chief Minister’s Distress Relief Fund makes the administration relieved to some extent, for the moment.

The heavy funds flow in to the Chief Minister’s Distress Relief Fund is all cheerful for the Keralites, but at times raising concern over the use of funds for the present disaster management.  Many are sceptical about the proper use of funds collected under this head for the intended purpose.  Given the practice and diversion of funds from Chief Minister’s Distress Relief Fund for other partisan purposes, the critics cannot be blamed.  After the horrendous Tsunami hit, we have a comprehensive legislation on Disaster Management with the caption Disaster Management Act 2005 (may be referred as DMA at times).  A mere glance at the Act provides enough insight into the programme of action shaped for disaster management which inevitably includes the collection and utilization of funds.  Section 46 of the Disaster Management Act, while enabling the Central Government to create a fund with the head National Disaster Response Fund, makes it also incumbent on the State Governments to establish the resource mobilisation corpus as State Disaster Response Fund on the same lines.  The Act, with its peremptory tenor, commands the accounting of grants received from individuals and institutions towards disaster relief by crediting it to National Disaster Response Fund and for that matter, to the State Disaster Response Fund when raised by State Government.  Lawmakers’ intention leaves no qualms on this exercise.  It only meant that funds inflow by way of grants and donations must come to this sole account which alone would ensure the use of funds for the intended purpose of disaster management alone.  The enumerative definition of the phrase ‘disaster management’ in Section 2(e) takes within its fold ‘reconstruction and rehabilitation’.  When the Disaster Management Act makes it abundantly clear that the funds by way of donations and grants be a ‘tied fund’ under the definite caption, Disaster Response Fund, the Government’s move of receiving the fund in Chief Minister’s Distress Relief Fund makes no legal sense. When confronted with a query by the Division Bench of the Kerala High Court regarding the creation of a separate fund for management of disaster though not alluding to this statutory provision, the Government of Kerala tried to allay the concern of the Bench with a statement that the amount received would be kept in a separate account.  Government’s stand of the creation of a separate fund/account in the Treasury for Flood Relief, without statutorily creating the State Disaster Response Fund by notification, cannot be one contemplated under the legal framework to satisfy legislative command.

Next concern is about the utilisation of fund for ‘disaster management’ which term in its legal semantics includes relief, rehabilitation and reconstruction.  Disaster Management Act contemplates three authorities each at the national, state and district level - Disaster Management Authority, Disaster Management Executive Committee and Advisory Committee.  The State Disaster Management authority is a nine-member committee contemplated with Chief Minister as Chairperson and two experts in disaster management among other members.  The Executive Committee under the Chairmanship of Chief Secretary is conceived as the implementing authority by effectively laisoning with Advisory Committee.  This triumvirate of authorities in the State level as envisaged by the Disaster Management Act is the authority for relief, rehabilitation and reconstruction in the wake of a disaster.  Leaving aside the ordinary and routine administration in the hands of regular Government departments, the Act contemplates an ‘emergency Government’ in the form of the three limbs of authority to tackle a calamity and for reparation of the disaster-affected area.  The fund collected for disaster is meant to be transferred to the statutorily recognized Disaster Response Fund.  The authorities under the DMA be entrusted with the task of utilisation of the fund, lest a few complaints now erupted may take alarming proportions in the immediate future.  The self-working mechanism, conceived in the comprehensive legislation for disaster management rule out the objections regarding lack of transparency and diversion of funds.

For the distribution of monetary relief to the persons affected by way of damages, cost of reconstruction etc., the services of the Legal Services Authorities can be profitably made use of by the administration.  The Legal Service Authority working at the Taluk level can undertake this exercise with active involvement of judicial officers in its Adalaths.  By an effective consultation with the High Court of Kerala and Kerala State Legal Services Authority, the task of the settlement of claims can be done in a couple of mega adalats organised at the Taluk level across the flood-affected area, thus considerably reducing the risk of pilferage of relief funds by unscrupulous middlemen.  The Judicial Officers, including Judges of the High Court, who ventured into the relief and rescue operations with their brain and brawn in the field, would make the working of this mission meaningful, effective and non-controversial.

The constitution of Tribunal by an enactment as demanded by some quarters would be an impractical idea with a lot of legal, financial and logistical conundrums attached to it.  Firstly, it appears that a Presidential assent is needed for the constitution of Tribunal by way of state enactment as the field of relief, rehabilitation and reconstruction in a disaster-affected area is occupied by a central statute in the form of DMA, which in the normal course is time-consuming.  Designation of Districts Judges or other Subordinate Judges as Tribunal would add on to the already staring docket explosion of subordinate Courts, which would not be conducive to the intended object of immediate disbursement of reliefs.  But instead of pondering over this illusory mechanism, the ideal one-step forward which the Government of Kerala can do is to bring under the jurisdiction of Grama Nyayalaya all serious and contentions cases of disaster-related claims for its adjudication and conciliation.  Section 13(1)(b) of  Grama Nyayalayas Act 2008 bestows power on the Government to notify any ‘class of claims’ as one to be adjudicated by the Grama Nyayalaya.  Grama Nyayalaya is equipped with a handful of conciliators appointed under Section 27 of the Act and it can, if necessary, act as itinerant Judges to reach out to the people by conducting mobile Courts as specifically mandated under Section 9 of the Act.

The heartiest relief at this moment of disaster is the oneness and camaraderie shown by Keralites in the form of men and materials reaching out to every area of disaster for rescue and relief operations.   The flood of funds from donors and good-hearted individuals is the expression of solidarity with their suffering brethren.  But the worrying factor of this munificent citizenry is regarding the misutilisation, diversion, siphoning off funds etc. as largely aired by a sizable section of the population. The constitution of separate disaster fund contemplated under DMA as Disaster Response Fund and its utilisation with the active monitoring of Disaster Management Authority would be to a large extent an answer to this concern.  Judicial surveillance by Legal Services Authorities and Grama Nyayalayas in the said process would be an added guarantee in the process.

S. Sanal Kumar is an advocate at High Court of Kerala.