Dishonestly removing sand, gravels and other minerals from the river, which is the property of the State constitute an offence of theft apart from offences under Special Statute: Supreme Court [Read the Judgment] 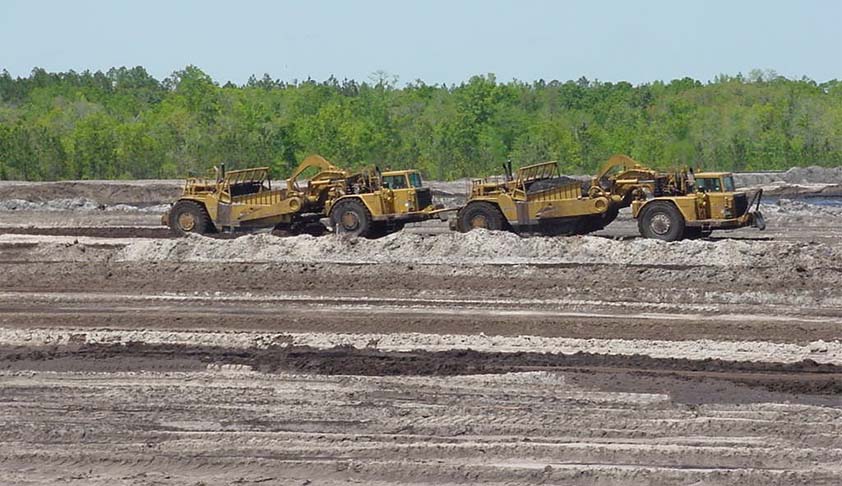 A Supreme Court bench comprising of Justice M.Y. Eqbal and Justice Pinaki Chandra Ghose, while ruling on a group of five appeals on 4th September, held that dishonestly removing sand, gravels and other minerals from the river, which is the property of the State constitute an offence of theft apart from offences under Special...

A Supreme Court bench comprising of Justice M.Y. Eqbal and Justice Pinaki Chandra Ghose, while ruling on a group of five appeals on 4th September, held that dishonestly removing sand,  gravels  and  other  minerals  from  the river, which is the  property  of  the  State constitute an offence of theft apart from offences under Special Statute.

A pursual of the several provisions of the Cr.P.C. showed that a police officer of his own authority has the duty to prevent any injury attempted to be committed to any public property or national assets and to prosecute such person in accordance with law.

The Bench observed, "It is well known principle that the rule against double jeopardy is based on a maxim nemo debet bis vexari pro una et eadem causa, which means no man shall be put in jeopardy twice for one and the same offence. Article 20 of the Constitution provides that no person shall be prosecuted or punished for the offence more than once. However, it is also settled that a subsequent trial or a prosecution and punishment has no bar if the ingredients of the two offences are distinct."

From a close reading of the provisions of MMDR Act and the offence defined under Section 378, IPC, the Court observed that the ingredients constituting the offence are different.

The policy and object of Mines and Minerals Act and Rules have a long history and are the result of an increasing awareness of the compelling need to restore the serious ecological imbalance and to stop the damages being caused to the nature. The Bench asserted, "There cannot be any two opinions that natural resources are the assets of the nation and its citizens. It is the obligation of all concerned, including the Central and the State Governments, to conserve and not waste such valuable resources."

The Court answered the question in negative and observed, "Considering the principles of interpretation and the wordings used in Section 22, in our considered opinion, the provision is not a complete and absolute bar for taking action by the police for illegal and dishonestly committing theft of minerals including sand from the river bed."

One appeal arose out of an order passed by the Delhi High Court on an application under Section 482 Cr.P.C. seeking quashing of the FIR registered on the allegation that appellant was involved in illegal mining of sand from the Yamuna basin. An FIR was registered by the police suo motu having come to know that some persons were removing and selling sand from the Yamuna basin for the last so many days. On receipt of such information, the police officers committed raid and visited the site where they found one dumper filled with sand. Because of non-production of any documents and valid papers, the digging equipments were seized and taken into possession and persons were arrested.

An FIR was registered on the charges of illegal mining under Section 379/114 IPC besides being cognizable offence under Section 21 (4) of the Mines and Mineral (Development and Regulation) Act, 1957 (in short the MMDR Act).

The appellant challenged the registration of the case on the ground that offence if at all committed, cognizance would have been taken under the provisions of MMDR Act, that too on the basis of complaint to be filed under Section 22 of the Act by an authorized officer.

Four more appeals were filled on the same question for determination.

The Court took note of the decision of the Madras High Court in the case of Sengol, Charles and K. Kannan, etc.etc. v State Rep. by Inspector of Police wherein the Court held, "it is undoubtedly clear that the ingredients of an offence of theft as defined in Section 378 of IPC are totally different from the ingredients of an offence punishable under Section 21(1) r/w Section 4(1) and 4(1A) of the Mines and Minerals Act."

Removing sediment from rivers causes the river to cut its channel through the bed of the valley floor, or channel incision, both upstream and downstream of the extraction site. This leads to coarsening of bed material and lateral channel instability. It can change the riverbed itself. The removal of more than 12 million tonnes of sand a year from the Vembanad Lake catchment in India has led to the lowering of the riverbed by 7 to 15 centimetres a year.

The Court ruled, "there may be situation where a person without any lease or licence or any authority enters into river and extracts sands, gravels and other minerals and remove or transport those minerals in a clandestine manner with an intent to remove dishonestly those minerals from the possession of the State, is liable to be punished for committing such offence under Sections 378 and 379 of the Indian Penal Code."