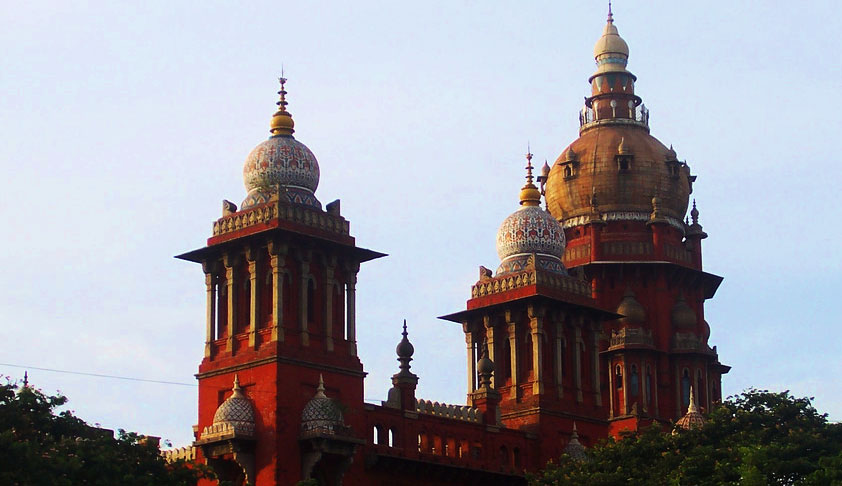 In an unusually bold decision emanating out of Chennai Corporation’s inaction on a complaint of unauthorised installation of generator outside an illegal set-up hospital,  the Madras High Court has ordered en masse transfer all the officials presently serving in the “Vigilance Cell” of the corporation within four weeks and deputation of police personnel with proven integrity in...

In an unusually bold decision emanating out of Chennai Corporation’s inaction on a complaint of unauthorised installation of generator outside an illegal set-up hospital,  the Madras High Court has ordered en masse transfer all the officials presently serving in the “Vigilance Cell” of the corporation within four weeks and deputation of police personnel with proven integrity in their place.

So disquieted was Justice SM Subramaniam that he delved into the greater evil of corruption in India, and in Chennai Corporation in particular, while acting on the writ petition filed by one H Lakshmi seeking direction to the Executive Engineer to remove the generator which was placed in front of her premises in Sannathi street abutting the front wall of her house by encroaching the land belonging to the Chennai Corporation.

In this case, the petitioner said one Dr Simon Hercules had started Faith Multi-Speciality Hospital with all facilities in year 2013 and placed a big generator over the road and leaning on the front side wall of her house.

The generator, she said, was placed on the corporation land without any cover and creates noise and air pollution besides posing danger to the life of the passers-by. The petitioner sent complaints in writing to the Corporation authorities but no action has been taken, forcing her to move court.

The second respondent/ zonal officer filed a counter statement that Dr. Hercules had constructed unauthorized construction in the terrace of the building by converting the same into the hospital and the petitioner herself has filed a rent control proceedings against him. He also submitted that the petitioner herself has permitted the respondent to put up the generator in front of her wall and appropriate action is being taken in the case.

Justice Subramaniam was highly critical of the levels of corruption in all walks of life in India, which he time and again referred to as “our great nation” and quoted Mahatma Gandhi: “Earth provides enough to satisfy every man's need, but not every man's greed”.

“Any system of Government can fail if people do not show scrupulous honesty and a feeling of brotherhood. Corruption is increasing in our country. Is everyone then going to think only of himself and not all of India?. Corruption has now become worse than before. Restraint from it has practically gone. Corruption will go when a large number of persons given unworthily to it, realise that, the Nation does not exist for them to exploit, but that they exist to serve the Nation. This requires morals and extreme vigilance on the part of those, who are free of taint. Indifference will be criminal,” he said.

In view of the fact that the rampant corruptions are increasing day-by-day in Chennai Corporation, this Court is of an opinion that adequate steps are required for the effective implementation of Anti-Corruption Laws to control and minimise the corrupt and illegal activities in Government offices, organisations and more specifically, in Greater Chennai Corporation. Accordingly, the following directions were issued:

(i) The first respondent-Commissioner, Greater Chennai Corporation, is directed to transfer all the officials presently serving in the “Vigilance Cell”, Greater Chennai, an en masse within a period of four weeks;

(ii) The Commissioner, Greater Chennai Corporation, is directed to consult the Director General of Police, who in turn, shall depute adequate number of new set of police officials with proven integrity and honesty in their service, enabling the “Vigilance Cell” of the Corporation of Chennai to function more effectively and meaningfully;

(iii) The Commissioner, Greater Chennai Corporation, is directed to set up the vigilance booths in the front offices of all the Corporation offices/buildings and CCTV Cameras, within a period of four weeks, enabling the common man to provide information and submit complaints in respect of illegalities, irregularities and corrupt activities in Chennai Corporation functionings and projects and such vigilance booths are to be widely published;

(iv) The vigilance booths installed must be under the direct control and supervision of the Commissioner of Greater Chennai Corporation and all information and complaints are to be registered and communicated to the Commissioner for appropriate actions;

(v) The Commissioner, Greater Chennai Corporation is directed to install adequate display boards and affix notices in all the Corporation offices/buildings, stating that “offering corruptions and receiving corruptions are serious offences. “The corrupt activities infringe the rights of all other citizens”. “The corrupt activities affect the development of our Great Nation” and other suitable phraseologies or information as decided by the Commissioner of Greater Chennai Corporation, also shall be displayed;

(vi) The Commissioner, Greater Chennai Corporation is directed to publish the evil consequences of all illegalities and corrupt activities through visual and electronic media, so as to create awareness amongst the common man;

(viii) The special teams must be functioning under the direct control of the Commissioner of Greater Chennai Corporation and the Vigilance Officer;

(ix) The Commissioner of Greater Chennai Corporation is directed to issue consolidated instructions to all the officials/employees of Chennai Corporation to furnish the particulars and details of properties, both movables and immovables, in their name and in the names of their family members, including their dependants, within 12 weeks from the date of receipt of a copy of this order;

(x) The Commissioner of Greater Chennai Corporation, on receipt of such particulars shall verify the same along with the particulars provided by such officials/employees, at the time joining into the Corporation Service, the discrepancies and the differences, if any, found shall be investigated by the “vigilance cell” and by the competent authorities and appropriate prosecutions and actions are to be initiated, both under the Penal Laws and under the Discipline and Appeal Rules;

(xi) The Commissioner, Greater Chennai Corporation, is directed to constitute special teams and the vigilance teams for conducting inspections and enquiries of all the ongoing building projects and the violations, unauthorized constructions are to be immediately dealt with in accordance with law. In the event of identifying any such large scale violations and unauthorized constructions, appropriate disciplinary actions are to be initiated against the Junior Engineers, Assistant Engineers, Executive Engineers and Zonal Officers concerned and there cannot be any leniency in this regard to be shown. The officials concerned are to be held responsible for all such violations in their jurisdiction. The said exercise is to be done, within a period of twelve weeks from the date of receipt of a copy of this order;

(xii) The Commissioner, Greater Chennai Corporation, is directed to conduct Review Meetings with the officials of Chennai Corporation, within four weeks and issue consolidated instructions/ suitable orders to identify all encroachments, unauthorized and unlawful occupations of Corporation lands, buildings, etc., and initiate appropriate actions for eviction of encroachments, unlawful and unauthorized occupations, by following the procedures contemplated under the Encroachments Act and all other relevant Statutes and the Rules, as applicable to the Corporation of Chennai.

Corruption in Chennai Corporation beyond repair

The court, while hearing the petition, said, “Undoubtedly, the corruption is a common phenomenon in our Great Nation. However, in certain areas and in certain Departments and in some States, across the country, it is being controlled to some extent and in certain State Organisations, it is continued beyond repair.

“This Court is of an opinion that Chennai Corporation is one such Organisation, where the corruption is rampant and prevailing in all stages and in all transactions except few. Corruption becomes a Rule now. The Corrupt persons made it as a Rule. Bribes are not given to circumvent the Law or to relax the Law. Bribes are given even to uphold the Law. Bribes are offered to get the rights of the citizen. Such is the worst form, where every citizen of this Great Nation, should realise that situation is in an extreme form of greediness and, inactiveness both amongst the common man as well as the Executives concerned made it worse.”

IAS officers simply passing their tenure, must be courageous to bring down the evils

The bench also noted that there were no effective guidelines or effective mechanism to control and minimise the corrupt activities in Chennai Corporation and reminded IAS officers to do their duty to bring down evils in the office.

“Men are coming functioning as Executives and going. The IAS level Commissioners are also functioning with an idea to pass on their tenure in Chennai Corporation in a routine manner. Such IAS Officers are pretty sure that they will be transferred and therefore, they are not concentrating much on this area. Contrarily, they are keen in passing on their tenure, so as to get rid from these evils. Even the honest Officers are also inactive in respect of initiating drastic measures to minimise the corrupt activities in Chennai Corporation.

Here, the bench said it cannot come to a conclusion that the Commissioner of Chennai Corporation is ignorant of all such illegalities and irregularities.

Blame also on those who bribe

The court did not stop at blaming the officers. It went on to add, “It is unworthy to blame the Public Officials alone. It is certainly worthy to blame the common man also, who offers bribe to such Public Officials. Thus, the contribution of the common man is not only for an increased corruption but also a cause for encouraging the corrupt activities. The Laws, though permits to book the common man, who gives bribe, this Court is of an opinion that there is absolutely no action on the part of the Authorities Competent to prosecute those common men, who offer corruption to the Public Officials. It is a combined action, which is required for controlling the corrupt activities.

“We cannot always blame the public servants, who receive corruption. Equally, the person, who offers bribe is also responsible and to be treated as criminal for the purpose of prosecution under the provisions of Anti-Corruption Laws,” it said.