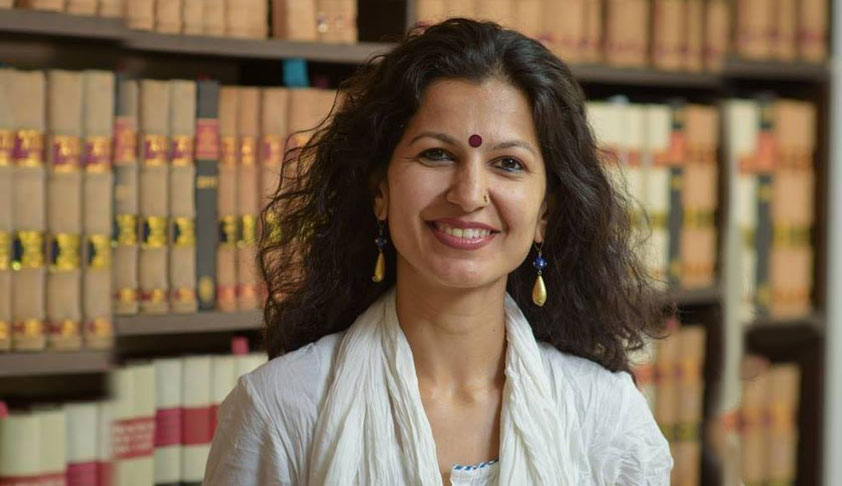 "In 2017, we can see that while Article 19 freedoms were not that strongly prominent, Article 25 Right to Freedom of Religion protection was very strong", Jayna Kothari, Editor, Rights in Review & Director, Centre for Law & Policy Research.'Rights in Review' is an annual review of the decisions of the Supreme Court of India on the protection of fundamental rights, prepared...

"In 2017, we can see that while Article 19 freedoms were not that strongly prominent, Article 25 Right to Freedom of Religion protection was very strong", Jayna Kothari, Editor, Rights in Review & Director, Centre for Law & Policy Research.

In this interview with Live Law, Jayna Kothari, the Editor of Rights in Review 2017 edition and also the Director of Centre for Law and Policy Research, shares her insights and reflections on the Review.

The first Rights in Review was released in 2014, and this is the fourth.  Can you reflect on your journey, over these four years, and tell us what your periodical surveys tell us about the importance of studying the SC judgments every year, away from the immediate compulsions of reporting and instant analysis?

Jayna Kothari: The Rights in Review started with the aim of reviewing Supreme Court cases which impact fundamental rights protection in India. We started doing this because we realised that there was no writing about the Court's decisions on fundamental rights in a broader sense.

Over the last four years we have seen the importance of this work because it gives us the long-term trend of how the Supreme Court is deciding on rights. Looking at the Review for successive years, we are able to cull out important indices –how the Supreme Court is deciding on socio-economic rights versus civil and political rights, which are the fundamental rights that have been expanded, what is the constitutional bench formation under different Chief Justices, who are the judges giving the decisions and the dissenting judgements in fundamental rights cases, among other trends. These long-term trends can only be seen over a period of 4-5 years and not when one does a quick reporting and analysis of individual judgments.

Our aim is to make the Rights in Review an accessible resource to understand how the Supreme Court guarantees fundamental rights protection and the tone and style is aimed at making it intelligible and accessible to anyone interested in the functioning of the highest court in India.

Among the fundamental rights cases considered by you in the latest report, you have picked judgments which have developed the law in new directions, clarified an uncertain line of reasoning, or applied the law innovatively.   Can you be specific?

Jayna Kothari: The focus of these 11 cases in the Rights in Review 2017 have been broadly on these lines. Many of the judgments in 2017 fulfill these criteria.

I would particularly pick the Puttaswami judgment to explain this.

While Justice Chandrachud's opinion specifically over-ruled the infamous Habaeas Corpus Case and hinted at the wrongness in Suresh Koushal; Justice Nariman categorically listed various articles where the right to privacy would reside. Justice Chelameswar's opinion was noteworthy as he listed the different standards which have to be met by the State for abridging the right to privacy which included the reasonable classification test under Article 14, the reasonable restriction test residing in Article 19 and a just, fair, reasonable and 'compelling' state interest test based on Article 21.  The decision in Puttaswami will have a significant bearing on the pending challenges to the constitutionality of the Aaadhar Act (Justice K.S. Puttaswamy v. Union of India) and the challenges to Section 377 and will have a great impact on fundamental rights adjudication in the years to come.

Which are the decisions that advance the constitutional mandate of a robust protection of civil, political, social, and economic rights?

Jayna Kothari: While all the 11 decisions included in the Rights in Review are significant, out of these the most important decisions which advanced civil and political rights in the year 2017 was the right to privacy judgment in Puttaswami, the judgment in Independent Thought v. Union of India which criminalized the offence of child marital rape, the right to reproductive autonomy in Meera Santhosh Pal and the State of UP v. Anand Kumar Yadav judgment on the right to education.

In Independent Thought, a significant judgment recognising the rights of minor girls, the Court read down Exception 2 to Section 375 of the Indian Penal Code which exempted sexual intercourse by a man with his wife, who is 15 years or above from the offence of rape to mean 18 years. The court raised the age to 18 years to harmonise the definition of a child with other legislations like Protection of Children from Sexual Offences Act, 2012 and held that sexual intercourse within child marriages where the girl is under 18 years, would be rape. This decision will not only enable the criminal prosecution of rape within child marriages which was exempt only because the minor girl was married, it will lead to better implementation of the Prohibition of Child Marriage Act 2006and is also likely to have a significant bearing on the recognition of marital rape in India.

With respect to the right to education, the Court recognized the importance of quality education in State of UP v. Anand Kumar Yadav. The Court struck down Rule 16-A and Rule 14 of Uttar Pradesh Right of Children to Free and Compulsory Education Rules, 2011 ("UP RTE Rules") which relaxed the minimum educational qualifications for appointment of Assistant Teachers and emphasized the importance of quality education which cannot be compromised by relaxing the appointment criterion. The Supreme Court clarified that the fundamental right to free and compulsory education under Article 21A should be read as a right to quality education.

Meera Santosh Pal was also a significant judgments the Court recognized the right to reproductive autonomy under Article 21 by permitting termination of pregnancy beyond the prescribed 20 week period under the Medical Termination of Pregnancy Act, 1971.

Does your mandate restrict you to study only good judgments and not those which are widely considered as bad?  What about decisions which do not achieve any of the objects which you have outlined, that is, those which do not advance protection of civil, political, social and economic rights?  Or which fail to develop the law in new directions, or clarified an uncertain line of reasoning etc.

In the State of Gujarat v.IRCG case, the Court held that there was no violation of fundamental right to life, which would warrant compensation of the destruction of mosques and religious shrines by the State. The Bench read the right to life literally, and rejected the destruction of religious symbols as a violation of Article 21 right to life, relying on precedents which restricted the public law remedy for grant of compensation to situations where right to life is violated and not otherwise, and granted only an 'ex-gratia assistance' of Rs. 50,000/- for the damage to the religious structures.

Similarly, the Court in Binoy Viswam, rejected the challenge to mandatory linking of PAN cards and Aadhar.The Court recognized that the withdrawal of a PAN card without Aadhar would restrict the right to do business but reasoned that these restrictions are reasonable on a 'balancing' or 'proportionality' test. It concluded that as the Aadhaar 'unique identity' could enhance delivery of welfare services, curb corruption and black money, combat terrorism and widen the tax base, it was a reasonable restriction of the Article 19(1)(g) right and concluded that Section 139AA of the ITA does not offend Article 19(1)(g).

Even the Shayara Bano judgment though it held that instantaneous Triple Talaq to be unconstitutional, it was not a progressive judgment on women's rights.  Although this case invalidated Triple Talaq, it was through a narrow and constricted reasoning that used the concept of religious freedom under Article 25 and arbitrariness under Article 14. The Court failed to address the important question of the practice being discriminatory against Muslim women and their equal rights within marriage.

The latest Review identifies 11 cases in fundamental rights category, which have been considered under three sections in equality, right to life, and freedom of religion.  Is there any basis to group the cases only under these three sections.  What about Article 19 freedoms? Were there no cases worth discussing last year?

Jayna Kothari: The broad classification under the three heads is based on our selection of cases affecting fundamental rights in 2017. Since we did not come across a group of cases having a substantive impact on Article 19, it has not been covered as a separate head. However, different facets of Article 19 were covered within the Puttaswami case. In the instance ofBinoyVisvam, arguments regarding the mandatory Aadhar-PAN linking as violative of freedom of trade and occupation were rejected by the Supreme Court.

This is also a great facet of the Rights in Review. We are able to see year on year which fundamental rights are being protected and advanced by the Supreme Court and which are not advanced. So in 2017, we can see that while Article 19 freedoms were not that strongly prominent, Article 25 Right to Freedom of Religion protection was very strong. This is the story of our Supreme Court that we are able to tell through the Rights in Review annually.

(The 2017 Edition of Rights in Review may be accessed here.)