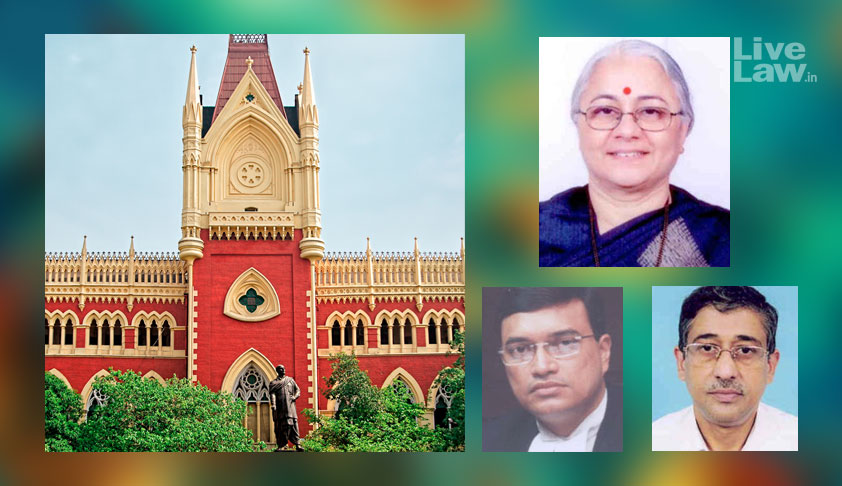 A Full Bench of Calcutta High Court, on Wednesday, held that a divorced daughter would come under the definition of an “unmarried daughter” and would be eligible for appointment on compassionate grounds.“The beneficent scheme underlying the settlement would be thrown out of gear in the event, a restrictive meaning is applied and benefits are not extended to a divorcee daughter, who...

A Full Bench of Calcutta High Court, on Wednesday, held that a divorced daughter would come under the definition of an “unmarried daughter” and would be eligible for appointment on compassionate grounds.

“The beneficent scheme underlying the settlement would be thrown out of gear in the event, a restrictive meaning is applied and benefits are not extended to a divorcee daughter, who returns back to her father’s family after divorce and cessation of her relationship with her husband. Such interpretation cannot be construed to be an instance of misplaced sympathy or to be based upon a pretentious pulpit of morality,” Justice Tapabrata Chakraborty wrote, while concurring with Acting Chief Justice Nishita Mhatre and Justice Dipankar Datta.

The Court was hearing two Appeals challenging an order passed by a single Judge, wherein the Appellants were denied relief by holding that a divorced daughter of an employee of the Defendant Eastern Coalfields Ltd. (ECL) will not be entitled to the benefit of compassionate appointment/monetary compensation.

ECL had contended that the daughter ceases to be a member of the family after being married and that after divorce, her status does not revert back to that of an unmarried daughter. Further, it had relied on the National Coal Wages Agreement-VI (NCWA), which was a settlement in terms of Section 2(p) of the Industrial Dispute Act, 1947. It had contended that the NCWA did not list a divorced daughter as a dependent, thereby, making her ineligible for appointment on compassionate grounds.

The Court began by looking into the meaning of the word “unmarried” and observed, “There could hardly be and, in fact, there is no dichotomy of lexicographic opinion that the word ‘unmarried’ does not only mean ‘never having been married’ but, if the circumstances do permit and warrant, it may also mean ‘not married on the relevant day’.”

It, thereafter, noted that the NCWA does not exclude a widowed daughter from the purview of consideration for compassionate appointment and emphasized on the fact that while a widow remains a part of the husband’s family, a divorced woman does not continue to be a party of the family of her divorced husband.

The Court, therefore, observed, “We cannot assume, in the absence of any other material to the contrary, that a divorcee daughter who claims to be dependent on the earnings of a deceased worker and, given the opportunity, could prove such claim, should be told off at the threshold on the specious ground that she was once married and thus ceased to be a dependent of her father/mother.”

“In construing the words “unmarried daughter”, such construction that sub-serves common good and not the reverse ought to be adopted; and the words “unmarried daughter”, as noticed earlier, are wide enough to take within its fold one who does not have a husband on the material date. There is no earthly reason as to why bearing in mind the purpose or object of the scheme for providing employment opportunity or monetary compensation to a dependent of a deceased worker, the court should cut down the amplitude of the word ‘unmarried’, which is intelligible and can be given full meaning in the context where it is used,” it added.

It then allowed one of the Appeals, while dismissing the other as the daughter in that case was married at the time of her father’s death. The Court granted a month’s time to ECL to calculate the Appellant’s financial benefits in terms of para 9.5.0(ii) of the NCWA, which gives an option to the female dependent to either accept monthly monetary compensation or employment. Arrears were directed to be disbursed to her within 2 months.