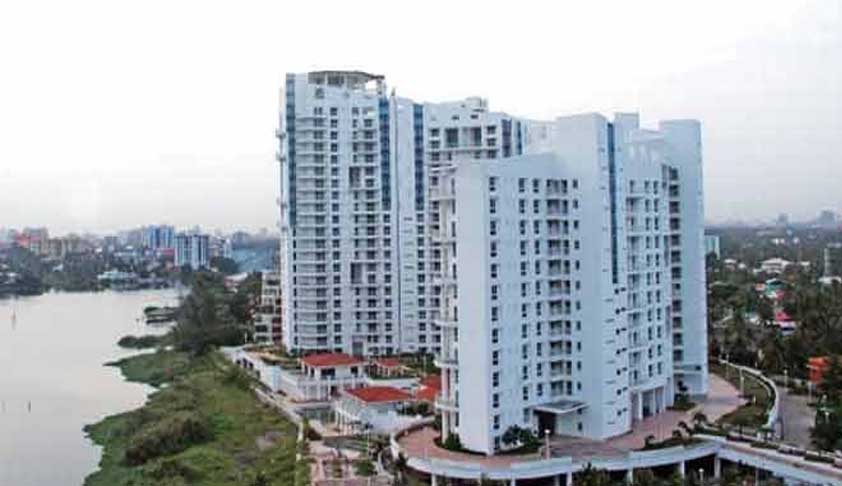 The Supreme Court has dismissed an appeal filed by the Kerala Coastal Zone Management Authority (KCZMA) against the judgment of the division bench of the Kerala High Court, which ordered against the demolition of an apartment complex built by DLF Universal Ltd near Chilavannoor lake, Cochin.The huge construction project was alleged have been completed in violation of Coastal Regulation Zone...

The Supreme Court has dismissed an appeal filed by the Kerala Coastal Zone Management Authority (KCZMA) against the judgment of the division bench of the Kerala High Court, which ordered against the demolition of an apartment complex built by DLF Universal Ltd near Chilavannoor lake, Cochin.

The huge construction project was alleged have been completed in violation of Coastal Regulation Zone (CRZ) Notification.

A single judge of the High Court of Kerala had found the allegations of violations to be true, and had ordered the demolition of the apartment complex.

In the intra-court appeal by DLF, the division bench broadly agreed with the findings of the single judge regarding violation; however, the division bench thought it fit not to order demolition as it was of the opinion that demolition would cause greater environmental damage. Hence, the construction was directed to be regularised on payment of Rs. 1 crore as fine by DLF.

Findings of the Supreme Court

The appeal filed by the KCZM against the division bench judgment permitting regularisation of construction was dismissed by the bench comprising Justice RF Nariman and Justice SK Kaul. The primary factors which weighed with the Supreme Court were the lackadaisical attitude of the authorities in taking timely action and contradictory stand taken by the authorities at different points. The judgment authored by Justice SK Kaul begins with sharp criticism on the attitude of the KCZMA in the following manner:

From the perspective of the Kerala State Coastal Management Authority, which is the main appellant before us, it has been a saga of a sleeping authority – not having an afternoon siesta but a Kumbhakarna sleep albeit of almost four years. On being woken up, it suddenly seeks to see various violations wanting to put the clock back.

The court noted that the developer had obtained building permit from Cochin Corporation in 2007. They had submitted application for Environmental Clearance (EC) on 27.11.2007, in terms of EIA notification of 2006. The project was examined by the Central Expert Appraisal Committee (CEAC), which held that clearance under CRZ Notification was also necessary, as the CEAC was of the opinion that part of the project area fell within CRZ area. Accordingly, CRZ status report was obtained by DLF from Centre for Earth Science Studies (CESS), which contained a positive recommendation for the project. On the basis of the report, and also on the basis of the understanding by DLF that it had obtained deemed environmental clearance, construction work was commenced.

Meanwhile, the KCZMA also recommended the project for EC on 20.03.2010. The KCZMA observed in the report that there was an already existing apartment complex in the area. It was also observed that a narrow canal existing therein was not a water body as such, but a municipal drain for waste drainage. However, the KCZMA also observed in the report that the commencement of construction without waiting for EC was a procedural violation, for which a penalty was proposed on the developer.

Later, complaints of illegal reclamation were made against DLF, and a nearby resident Antony approached the high court in 2012 against the construction. During the pendency of proceedings, DLF was granted integrated CRZ-cum-Environmental Clearance by the SEIAA on 11.12.2013. The Supreme Court specifically adverted to the fact that the integrated clearance given to DLF has not been challenged in any proceedings.

Later during 2014, the KCZMA conducted another inspection and made a report in variance with its initial stand. It was reported that imaginary line to be drawn from the existing construction in parallel to the high tide line in order to ascertain the CRZ Zone was intersecting a natural canal. This canal, which was earlier characterised as drainage, was described in the subsequent report as a natural stream. It was also reported that illegal reclamation was carried out in the plot from 2005 onwards.

The Ministry of Environment and Forests took contradictory stands in the matter, as noted by the Supreme Court. In the high court, the MoEF supported the construction stating that all conditions were complied with. Similar stand was taken in the Supreme Court as well initially. Later, after the conclusion of the hearings, the MoEF filed another affidavit, making a volte-face from its earlier stand, and reported that the construction was in violation of the CRZ regulations. The Supreme Court severely criticised the approach of the MoEF by observing as follows: “We fail to appreciate the contradictory stands of the authority and the endeavour to set up a different case after the conclusion of the hearing. Such conduct is unacceptable.”

The court also noted that this was an instance of a developer being left in the lurch on account of the flip-flop-flip of the authorities, putting huge investments at risk. The court also observed that the fault of the DLF was in commencing the construction by proceeding on a deemed clearance, without waiting for the grant of actual clearance. It was observed as follows:

In our view it is undoubtedly the specialised authorities who have to carry out the task, but with promptitude. Their lackadaisical attitude has permitted DLF to raise the issue of a deemed environment clearance by virtue of Clause 8(3) of the EIA Notification of 2006, which has already been extracted hereinabove. While the environment clearance was applied on 27.11.2007, the integrated clearance was granted on 11.12.2013 after six years, while by 2012, the project stood completed.

The court also observed that the alleged violations have not emerged with clarity and that if the appellant had acted with promptitude at the relevant time, the correct picture would have been clear. Hence the findings of CRZ violations made by the high court were set aside. However, for having commenced construction without prior environmental clearance, a penalty of Rs. 1 crore was deemed necessary. The direction of the high court to deposit the amount before the District Collector was modified, and the same was directed to be transferred to the KCZMA.

The court also emphasised the need for having a single window clearance system so as to avoid uncertainty and to bring in better enforcement.