DND Toll Scrapping, Theory Of Regulatory Capture And The Challenge Before The Supreme Court 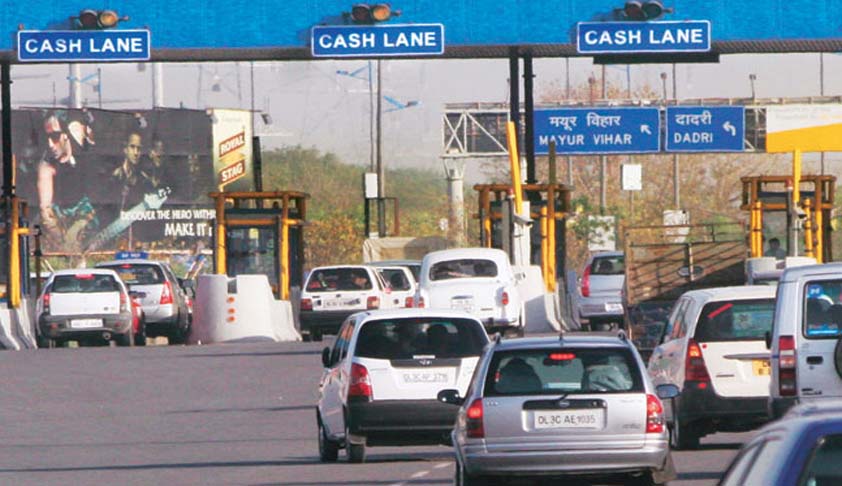 A Division Bench of the Allahabad High Court comprising of Justices Arun Tandon & Sunita Agrawal, in Federation of NOIDA Residents Welfare Association v NOIDA Toll Bridge Company Ltd. & Ors (NTBCL), recently scrapped the toll collected on the DND (Delhi-NOIDA-Direct) flyway. In June 2016, the Supreme Court had directed the High Court to decide the PIL filed in 2012 within 3 months. The High Court’s paraless 121 page judgment was immediately challenged before the Supreme Court which also did not yield any fruit to NTBCL and the Supreme Court speaking through the Chief Justice declined to pass any order of stay and posted the matter on 7th November.

At Page 51 of the judgment, the High Court farmed 6 issues on maintainability, scope of judicial review, fairness of the Concessionaire agreement, validity of user fee under Article 13 of the Agreement, validity of Article 14 of the agreement laying down computation and recovery of total cost of project and returns thereon and effect of proposed amendments to the Concession Agreement. From Page 55-84 onwards, the judgment dealt with whether the High Court could have interfered in a public contract. Relying heavily on various precedents, the bench ticked off 4 important facets to check the scope of interference i.e. Test of reasonableness & fairness, the Role of Government, Public interest & Public Policy and then scope of judicial review. At Pg 121,while holding that Users/Commuters of DND Flyway were being illegally taxed in the name of User fee, it declined to dismiss the writ petition in view of the proposed amendment in the rights of the contracting parties and gave three chief reasons to scrap the toll –

The judgment is concretely written, however, in a lighter vein, the judgment as available on the website contains no paragraphs and the reader needs to rely on page numbers to link the findings with the facts. The High Court has nevertheless, erroneously presumed that only because there was no tender/bidding process, the grant of the concession is unconstitutional. The Supreme Court in the Presidential Reference following the 2G judgment, had held that it is not per se illegal to have a single bidder contract, provided sufficient reasons are provided for it. It is trite law now that tenders and bids are a preferred mode of awarding contracts by the Government, but simply because in 1992 one such MOU was entered into, does not make it illegal per se. Please note that India adopted privatization in 1992 and various such contracts were entered into to encourage the Public-Private Partnership model for healthy economic generation. The High Court found delegation by NOIDA Authority, the power to levy and collect toll to a third party NTBCL as under Section 13(1)(c) of the contract. The State Government has a power to legislate under Article 246 of the Constitution of India for levy of fee in respect of any of the matters with reference to the Entry 66 in List-II in VII Schedule of the Constitution. Under the Statute to be so framed, the State Legislature may delegate such power to a local authority. In the instant case, the power to levy fee was delegated to the NOIDA Authority in discharge of its functions under Section 19 of the Act, 1976. The authority vested with the power to frame Subordinate legislation has to act within the limits of its power and cannot transgress the same. It is also settled law that the chief difference between Subordinate legislation and the Principal Statute lies in the fact that a Subordinate law making body is bound by the terms of its delegated or derived authority. The extent and amplitude of the rule making power would depend upon and be governed by the language of the Statute. The NOIDA Authority in the instant case by framing Regulations 1998 had not only delegated the power to collect fee but also to levy (devising mechanism for determination, revision and publication of rate of fee) upon the developer by an Agreement. Under the Parent Act, 1976, it has no such power to sub-delegate or authorise the levy of fee, therefore amounting to excessive delegation

The challenge before the Supreme Court however will be to address the upcoming issue of what is termed as the doctrine of Regulatory Capture; probably for the first time. Regulatory Capture is a theory associated with George Stigler, a Nobel laureate economist. Stigler in his 1971 paper titled ‘The Theory of Economic Regulation’ published in the Bell Journal of Economics and Management Science mooted that regulation is acquired by the industry and is designed and operated primarily for its benefit. It is therefore the process by which regulatory agencies eventually come to be dominated by the very industries they were charged with regulating. The current ruling establishment has encouraged the PPP model further along with initiatives like Make in India etc. The regulatory environment today may not be fit enough to curtail tomorrow’s disputes. The Supreme Court has in this case an exciting opportunity to curtail tomorrow’s disputes by directing the Government to orchestrate steps to lessen the impact of regulatory capture. A big challenge lies ahead. Fingers crossed!