Doctors Shouldn’t Be Apprehensive Of Litigation If They Work In Good Faith : Justice Devan Ramachandran 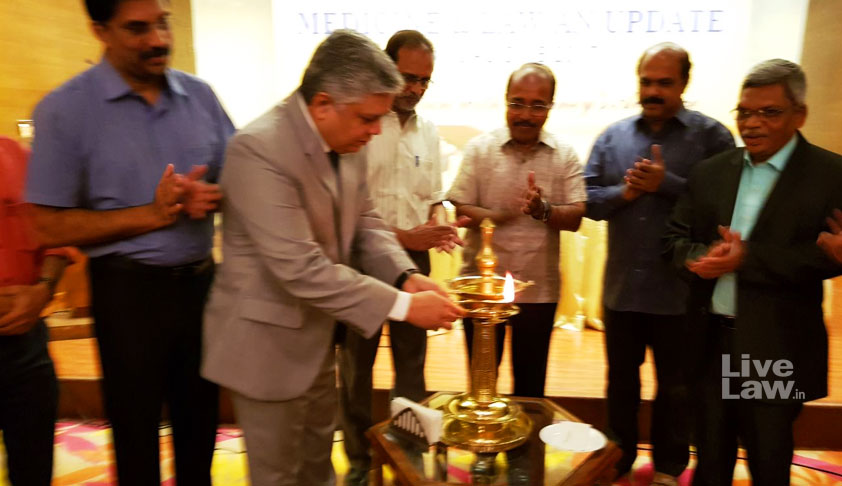 Speaking at the annual conference of the Indian Medical Association (IMA), Kerala State Branch, Justice Devan Ramachandran opined that doctors should not always be apprehensive of unnecessary litigation consequences, provided they act in good faith in the interest of patients. He was delivering his inaugural address on Sunday in Kochi on the topic ‘Medicine & Law: An Update’ in...

Speaking at the annual conference of the Indian Medical Association (IMA), Kerala State Branch, Justice Devan Ramachandran opined that doctors should not always be apprehensive of unnecessary litigation consequences, provided they act in good faith in the interest of patients. He was delivering his inaugural address on Sunday in Kochi on the topic ‘Medicine & Law: An Update’ in the seminar hosted by IMA along with law firm Attorney’s Alliance under the Professional Protection Scheme.

The office bearers of the IMA, who had addressed the inaugural session of the seminar, expressed great anguish and concern in the alarming increase of litigations faced by the doctors in modern times. They further opined that they were unable to carry on their duties freely due to stress and fear caused on the apprehensions of unwarranted litigations.

In reciprocity, Justice Ramachandran observed that the act of a doctor should always be in the good faith and best interests of the patient. Stressing on the patient’s right to know, he opined that much of the litigations could be avoided if the doctors disclose the pros and cons of each treatment imparted to the patient much in advance. Highlighting the fundamental duties enshrined under Part IV A of the Constitution of India, Justice Ramachandran said doctors, as citizens of this country, have a duty to follow the principles therein, with specific reference to Article 51 (h), which provides for development of  scientific temper, humanism and spirit of enquiry and reform.

Law and medical profession go hand in hand, he said. Tracing the evolution of law and medicine in prehistoric times from Charaka Samhita (1000 BC) with Kautilya’s Arthashasthra, he also touched upon the aspects of Hammurabi code. The Hippocratic Oath, being the foremost precedent in medical ethics, was also referred. Coming to the modern times, he highlighted the development of Nuremberg Code, evolved post World War-II in Germany, which formulated novel guidelines based on concepts of ‘ beneficence’ and ‘non- malaficence’ , further stressing on the legal doctrine  of ‘informed consent’ in matters involving human ethical research. The Justice also shed light on the Declaration of Helsinki, developed on behalf of the medical community by the World Medical Association. The Helsinki declaration, which followed the Nuremberg Code, is widely considered to be the foundation document on human research ethics, he said. The HC judge invited the attention of the audience to the Declaration of Geneva, which is now considered to be the most revised and reformed form of the erstwhile Hippocratic Oath and currently occupies medical ethics field.

Justice Ramachandran concluded his speech by speaking of that five virtues that are quintessential to be a good doctor, namely (i) Good reputation (ii) Dreamer i.e., be curious with great vision, values and character (iii) Adopt no shortcut to be a genius i.e., be an amateur (iv) Follow planned methodology gaining knowledge, improvising one’s skills and gain advantages by equipping and coping oneself with the latest and most modern concepts of technology  (v) Have empathy towards patients / mankind. Stressing on the virtue of empathy, he quoted Swami Vivekananda who had said: “Feel, my children, feel; feel for the poor, the ignorant, the downtrodden; feel till the heart stops and the brain reels and you think you will go mad; then pour the soul out at the feet of the Lord, and then will come power, help and indomitable energy.”

NB: - These are the excerpts of the extempore speech delivered by Justice Devan Ramachandran, judge at High Court of Kerala, at the annual conference of the Indian Medical Association (IMA), Kerala State Branch, held in Kochi on 15/10/2017.