Doctrine of Frustration and Statutory Contracts 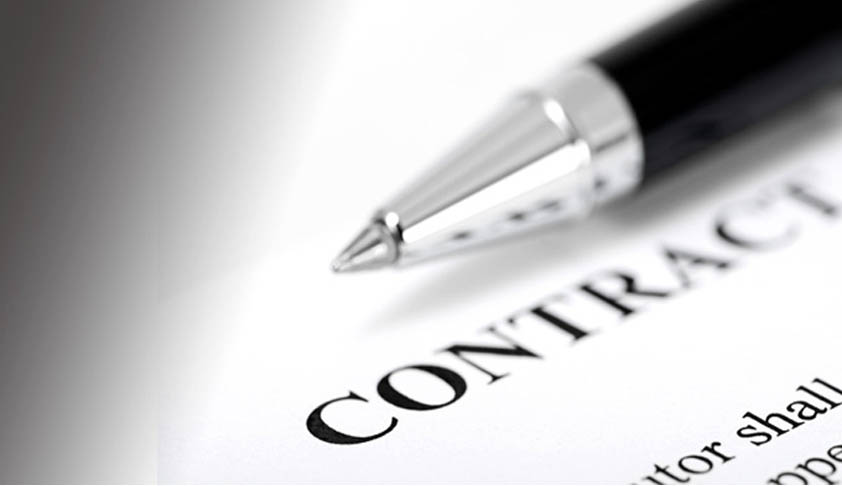 English doctrine of frustration evolved through early cases such as Paradine v. Jane [1647] EWHC KB J5 and crystallized in legal form for the first time in the case of Taylor v. Caldwell [1863] EWHC QB J1, signifies that certain set of circumstances have arisen after the formation of contract, the occurrence of which is due to no fault of either party and renders the performance of...

English doctrine of frustration evolved through early cases such as Paradine v. Jane [1647] EWHC KB J5 and crystallized in legal form for the first time in the case of Taylor v. Caldwell [1863] EWHC QB J1, signifies that certain set of circumstances have arisen after the formation of contract, the occurrence of which is due to no fault of either party and renders the performance of contract impossible and hence, release the parties from further obligations.In India, the Contract Act, 1872 (“Contract Act”) by virtue of section 56 enshrines the doctrine of frustration.

Over the years, the Indian judiciary has settled many facets and improvised interpretations surrounding this doctrine and recently, the Hon’ble Supreme Court of India in the case of Mary v. State of Kerala [AIR 2014 SC 1] (“Mary Case”)has settled the air around whether section 56 of the Contract Act can be invoked in cases of statutory contracts while considering the scope of section 56 of the Contract Act and its relationship with statutory contracts.

The Appellant was a successful bidder in an auction conducted on 24.3.1994 in a tender for the right to vend arrack in certain shops in Kalady, Kerala. The bid was of approximately Rs. 25.6 lakhs and she deposited 30 percent (Rs. 7.68 lakhs) in accordance with rule 5(10) of the Kerala Abkari Shops (Disposal in Auction) Rules, 1974 (“the Akbari Shops Auction Rules”).

After the deposit, it was discovered that the residents of Kalady were against the establishment of an arrack shop because of religious sentiments as Kalady is the holy birth place of AdiSankaracharya and adjoining thereto existed a Christian pilgrim centre associated with St. Thomas. The Appellant believed that it was impossible for her to run the arrack shop and she wrote to the administrative authorities requesting them to not to confirm the sale in her favour as it was impossible for her to execute the privilege for the reasons beyond her control. She also requested to refund the deposit already paid on the plea that the proposed contract may be treated asrescinded. The Excise Department declined the request of the Appellant to refund the deposit claimed, by virtue of rule 5(15) of the Akbari Shops Auction Rules which allowed State to forfeit the entire deposit amount. Further, a notice was issued to the Appellant to deposit the rest sum of money and enter into a permanent agreement.

Before the Kerala High Court

The Appellant filed two writ petitions challenging the provisions of the Akbari Shops Auction Rules that allowed the State to make a demand for the remainder of the purchase price and its refusal to refund the deposit amount. The learned Single Judge vide judgment dated4.8.1995 allowed both the writ petitions. The learned Single Judge quashed the notices and all the proceedings initiated against the Appellant and further directed the refund of the amount ofRs.7.68 lakhs deposited by her along with interest. However, learned Single Judge did not strike down rule 5(15) and 5(16). Later in 2003, the Division Bench reversed the order of Single Judge and held that, while the State was not entitled to call upon the Appellant to pay the balance, it was also not under any obligation to refund the deposit amount by stating the following:

“10. It is on the basis of these rules that the rights of the parties have to be determined. These rules really form the substratum of the contract between the parties, though all disputes arising between the parties have to be resolved in accordance with the principles of contract law, taking the rules as forming the basic contract between the parties. That the accepted offer is incapable of being withdrawn, is clear from the provisions under sub-rule (10) of rule 5. The first Respondent, therefore, could not have purported to withdraw the offer or rescind the contract by letter dated 3.4.1994. That the first Respondent did not carry out several obligations as provided in sub-rule (10) of rule 5 is also beyond dispute. Consequently, by reason of sub-rule (15) of rule 5 of the Rules, the State was entitled to forfeit the entire deposit amount of Rs. 7,68,600/-. Thus far, there is no difficulty.”

Before the Supreme Court

The Appellant contended before the Supreme Court that she could not carry out her obligation as it became impossible in view of the mass movement and resistance which State could not contain,thus invoking section 56 of the Contract Act. In response, respondent stated that the terms and conditions for grant of privilege are governed by the Akbari Shops Auction Rules and in view of specific consequences provided for non-compliance of the terms and conditions of the contract i.e. forfeiture of the security money, the Division Bench of the High Court has not committed any error in holding that the State was entitled to forfeit the entire deposit.

Supreme Court after examining the Akbari Shops Auction Rules stated that from a plain reading of the said rules it is evident that on the failure of the auction purchaser to execute the agreement whether temporary or permanent, the deposit already made by auction purchaser towards earnest money and security money shall be forfeited, but the Appellant’s plea is that it was due to the facts beyond her control that she could not derive benefit from the privilege granted to her and therefore, the security amount deposited by her is not fit to be forfeited. In view of the aforesaid, the court said that the real issue in hand is whether the Appellant could invoke the doctrine of frustration or impossibility or whether she will be bound by the terms of the statutory contract. In other words, in case of a statutory contract, will it necessarily destroy all the incidents of an ordinary contract that are otherwise governed by the Contract Act? The Court held that in the instant case, the Appellant could not invoke section 56 of the Contract Act because the statutory contract excluded it. The reasoning of the same can be found in the following paragraph of the judgment:

“... It appears to us that the State was helpless because of the public upsurge against the sale of arrack at Kaladi…Consequently, the State also found it impossible to re-sell or re-dispose of the arrack shops. In view of second paragraph of section 56 of the Contract Act, a contract to do an act which after the contract is made, by reason of some event which the promissory could not prevent becomes impossible, is rendered void. Hence, the forfeiture of the security amount may be illegal. But what would be the position in a case in which the consequence for non-performance of contract is provided in the statutory contract itself? The case in hand is one of such cases. The doctrine of frustration excludes ordinarily further performance where the contract is silent as to the position of the parties in the event of performance becoming literally impossible. However, in our opinion, a statutory contract in which party takes absolute responsibility cannot escape liability whatever may be the reason. In such a situation, events will not discharge the party from the consequence of non-performance of a contractual obligation. Further, in a case in which the consequences of non-performance of contract are provided in the statutory contract itself, theparties shall be bound by that and cannot take shelter behind section 56 of the Contract Act.”

Attention should also be drawn to the following paragraph, wherein the cases relied by the Appellant were reasoned out by the court:

“Now reverting to the decisions of this Court in the cases of Sushila Devi (supra) and Har Prasad Choubey (supra), we are of the opinion that they are clearly distinguishable. In those cases the contract itself did not provide for the consequences for its non-performance. On the face of the same, relying on the doctrine of frustration, this Court came to the conclusion that the parties shall not be liable. As stated earlier, in the face of the specific consequences having been provided, the Appellant shall be bound by it and could not take benefit of section 56 of the Contract Act to resist forfeiture of the security money.”

There is a view point that, though the Supreme Court didn’t go into details, there is no doubt to the fact that in the Mary Case events did occur that could lead to frustration and the Appellant had not “purposely, or for any oblique motive, or as a device to avoid any loss, refused to execute the agreement”. Considering that the contract in the instant case is frustrated, it follows that the contract, which includes rule 5(15), is void and that’s the whole purpose of section 56 of the Contract Act which declares the contract to be void in such proven situations. This view point seems to advocate that the Supreme Court has followed the letter of law in terms of the Akbari Shops Auction Rules but has ignored the spirit of law in terms of section 56 of the Contract Act.

Other school of thought is of the view that the Supreme Court was right in taking this stand as the right approach in the instant case was to challenge the validity of the Akbari Shops Auction Rules and which was done. Had the said rules been unreasonable then a relief could have been provided to the Appellant. The court declared the said rules to be valid while considering the relative bargaining power of the contracting parties and a licensee taking a calculated risk in these commercial transactions. With rules forming an integral part of the contract which provide the specific consequences for non-performance, the parties should be bound by it. Thus, this appears to be the right approach to look at this proposition as the former view would have given birth to unnecessary litigation in the future.

Please note that the views expressed in this article are the personal views of the author, which can be used for informational purposes only. The author makes no representations as to the accuracy or completeness of any information provided in this article