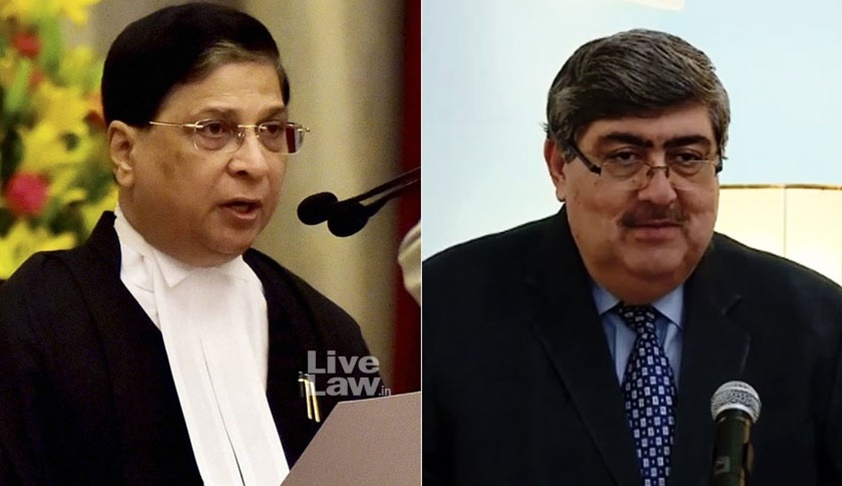 The moment the right to freedom of speech and expression is atrophied, not only the right but also the person having the right gets into a semi coma, the bench said.

The Supreme Court has rejected Adarsh Cooperative Housing Society’s plea to restrain release of a feature film “Aiyaary” which allegedly projects the society in an unacceptable manner and that is likely to have some impact on the litigations.

A three-judge bench headed by Chief Justice of India Dipak Misra observed: “The doctrine of sub-judice may not be elevated to such an extent that some kind of reference or allusion to a member of a society would warrant the negation of the right to freedom of speech and expression which is an extremely cherished right enshrined under the Constitution.”

Senior advocate Sanjay R Hegde, who appeared for the Society, contended that if the film is allowed to be released, the same shall destroy the established reputation and the posterity will remember the image projected in the film but not the real image which the members have. “The “reel reflection” will garner the mindset of the people rather than the “real life lived”, he urged before the bench. He further argued that the release of the movie is ‘likely to affect the stream of justice and order of stay of the release of the movie is called for’.

The court observed that the Censor Board has already given the certificate and has also taken the suggestions from the competent authorities of the Army. With regard to contentions with respect to pending litigations, the bench observed: “A film with regard to a particular situation does not affect the trial or the exercise of “error jurisdiction‟ by the appellate court. The courts of law decide the lis on the basis of the materials brought on record and not on the basis of imagination as is projected in the language of the theatre or a script on the celluloid.”

The court referred to judgments in Viacom 18 Media Private Limited & Ors. v. Union of India and Nachiketa Walhekar v. Central Board of Film Certification and said: “There can be multitudinous modes, manners and methods to express a concept. One may choose the mode of silence to be visually eloquent and another may use the method of semi-melodramatic approach that will have impact. It is the individual thought and approach which cannot be curbed.”

The court further observed that the grant of certificate by the CBFC, after consulting with the authorities of the Army, should dispel any apprehension of the members or the society. It added: “The moment the right to freedom of speech and expression is atrophied, not only the right but also the person having the right gets into a semi coma. We may hasten to add that the said right is not absolute but any restriction imposed thereon has to be extremely narrow and within reasonable parameters.”

The court further remarked: “The human history is replete with struggles to get freedom, be it physical or mental or spiritual. The creativity of a person impels him not to be tied down or chained to the established ideals or get enslaved to the past virtues and choose to walk on the trodden path. He aspires to rejoice with the new ideas and exerts himself to achieve the complete fruition. That is the determination for moving from being to becoming, from existence to belonging and from ordinary assumption to sublime conception. The creative intelligence kicks his thinking process to live without a fixed target but toying with many a target.”

The court should not add any disclaimer for the asking

The bench also rejected the suggestion made to direct the producer and director of the film to add a disclaimer so that no member of the society would ultimately be affected by the film, observing that whether there is the necessity of “disclaimer” or not has to be decided by the Censor Board which is the statutory authority that grants the certificate. “The Court should not add any disclaimer for the asking. Addition of a disclaimer is a different concept altogether. It is within the domain of the authority to grant certificate and to ask the director to add a disclaimer in the beginning of the movie to avoid any kind of infraction of guidelines,” the bench said dismissing the writ petition.