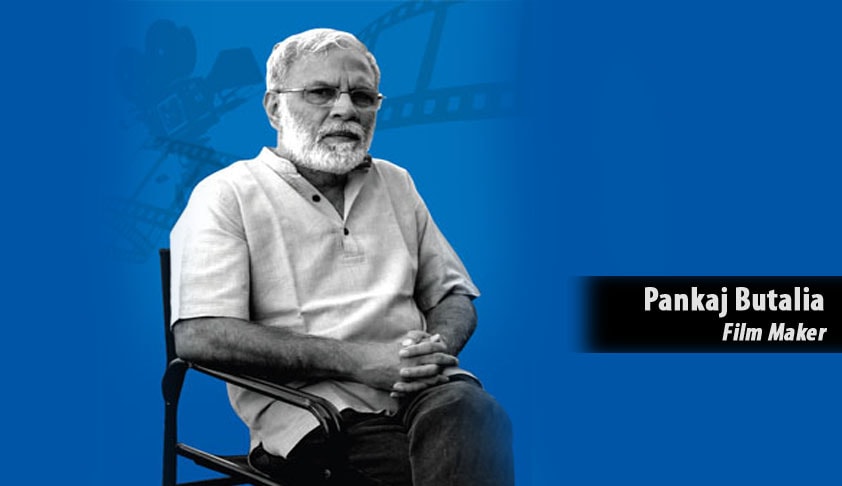 The statements of the persons in the interview were their personal views and the same can neither have any demoralizing effect on the security forces nor can they be termed as anti-national., the court saidThe Delhi High Court Division Bench comprising Chief Justice G. Rohini and Justice Jayant Nath allowed screening of a documentary film on the victims of violence in the Kashmir Valley,...

The statements of the persons in the interview were their personal views and the same can neither have any demoralizing effect on the security forces nor can they be termed as anti-national., the court said

The Delhi High Court Division Bench comprising Chief Justice G. Rohini and Justice Jayant Nath allowed screening of a documentary film on the victims of violence in the Kashmir Valley, “The Textures of Loss”, without any deletions but with a disclaimer. Upholding the Single Judge Bench verdict, the court held that the film should carry a disclaimer that it does not intend to hurt or defame any person, community or institution. The court was disposing off the Writ Appeal preferred by the Central Board of Film Certification.

The documentary film produced and directed by the film-maker Pankaj Butalia which is approximately 61 minutes of duration is based on the case studies stated to have been made by the petitioner of the people who were affected by long term violence in the valley of Kashmir and the film attempts to portray the sufferings of people in Kashmir. The film contains interviews with the family members of some of the victims of violence, who while narrating the incidents of violence, explained how the same had affected their lives and the mental trauma suffered by them. The film also included the views of psychiatrists and counselors about the trauma and emotional turmoil of the family members of the victims and other residents. Though the people spoke in Kashmiri, the film is screened with English sub-titles.

The Central Board of Film Certification permitted the exhibition of the said film subject to four excisions/deletions specified therein and insertion of a disclaimer at the beginning of the film saying “views expressed by individuals in the documentary are solely their own views. Their views are not intended to hurt/defame any person, caste, community, religion, institution or organization”.

Mr.Butalia preferred an appeal under Section 5-C of the Cinematograph Act, 1952 and the same was disposed of by the Film Certification Appellate Tribunal upholding the decision of the Central Board of Film Certification (CBFC) to the extent of two out of four excisions and insertion of disclaimer. Aggrieved by the same Mr.Butalia moved the Delhi High Court by filing a Writ Petition and the Single Judge set aside the decisions of both CBFC and the Appellate Tribunal and held that a “U” Certificate shall be issued to the film in question without any deletions/excisions. The direction to insert the disclaimer was also set aside. The appeal before the Division Bench was filed by CBFC against this order.

Out of four incisions made by CBFC two had been upheld by the Appellate Tribunal which were re-appreciated by the Division Bench. One was a line from the textual graphics plate which says “the paramilitary forces responded with disproportionate violence which resulted in the deaths of over a hundred young men.” The other one says “I beg Allah that this kind of an India be damned that the whole of this India be damned and of our Government here and all their families like they’ve ruined our whole family.”

Regarding the use of expression “disproportionate violence” the court upheld the view of the single bench that it is an articulation of the opinion of the petitioner and that it does not necessarily mean that it is a point of view with which every other person agrees. The court was of the opinion that both the lines stated by CBFC as objectionable when appreciated in the context could not be categorized as anti-national.

The court observed that “it may be true that the issue of violence in Kashmir is a sensitive topic, however, we do not find any objectionable material in the film in question. The writ petitioner (film-maker) has made an attempt to portray the life of the people in the valley of Kashmir, who were affected by long term violence by interviewing the family members of some of the victims of violence. The persons who were interviewed had merely narrated their experiences and the loss suffered by them on account of the conflict between the militants and the security forces/police. The statements of the persons in the interview were their personal views and the same can neither have any demoralizing effect on the security forces nor can they be termed as anti-national. All that the film seems to depict is the emotions of the persons who lost their dear ones in the violence. Moreover the film is a documentary and cannot be equated with the motion pictures which generally cater for mass audience.”

The court reiterated the observations made by the Apex Court in an identical case S.Rangarajan vs. P.Jagjivan Ram (1989) 2 SCC 574 which reads:

“There does indeed have to be a compromise between the interest of freedom of expression and special interests. But we cannot simply balance the two interests as if they are of equal weight. Our commitment of freedom of expression demands that it cannot be suppressed unless the situations created by allowing the freedom are pressing and the community interest is endangered. The anticipated danger should not be remote, conjectural or far-fetched. It should have proximate and direct nexus with the expression. The expression of thought should be intrinsically dangerous to the public interest. In other words, the expression should be inseparably locked up with the action contemplated like the equivalent of a "spark in a power keg.

Movie is the legitimate and the most important medium in which issues of general concern can be treated. The producer may project his own message which the others may not approve of. But he has a right to "think out" and put the counter appeals to reason. It is a part of a democratic give-and-take to which no one could complain. The State cannot prevent open discussion and open expression, however hateful to its policies.

Freedom of expression which is legitimate and constitutionally protected, cannot be held to ransom by an intolerant group of people. The fundamental freedom under Article 19(1)(a) can be reasonably restricted only for the purposes mentioned in Article 19(2) and the restriction must be justified on the anvil of necessity and not the quicksand of convenience or expediency. Open criticism of government policies and operations is not a ground for restricting expression. We must practice tolerance to the views of others. Intolerance is as much dangerous to democracy as to the person himself.”