Does S.377 IPC Cover Non-Consensual Oral Sex On A Woman By Her Husband? SC Agrees To Examine 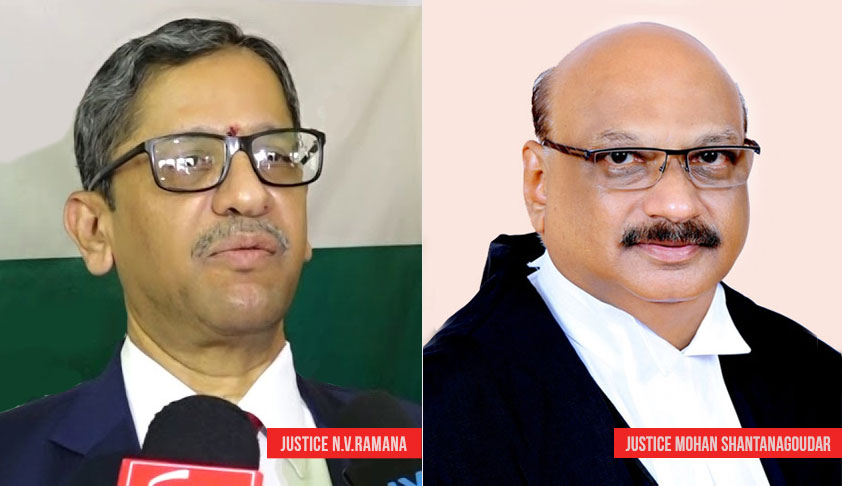 While the Constitution Bench of the Supreme Court has reserved its verdict in the petitions challenging the constitutional validity of Section 377 of the Indian Penal Code, a woman has now approached the Court demanding that the provision be declared to include non-consensual oral sex on women as well.The petition came up before a Bench comprising Justice NV Ramana and Justice...

While the Constitution Bench of the Supreme Court has reserved its verdict in the petitions challenging the constitutional validity of Section 377 of the Indian Penal Code, a woman has now approached the Court demanding that the provision be declared to include non-consensual oral sex on women as well.

The petition came up before a Bench comprising Justice NV Ramana and Justice MM Shantanagoudar, which issued notice on the same. During the hearing, the wife’s counsel Ms. Aparna Bhat asserted that the issues involved in the case are different from those being considered by the Constitution Bench. She highlighted the fact that while the Constitution Bench was restricting its consideration to consensual unnatural sex, the petition filed by her related to non-consensual oral sex.

The petition before the Supreme Court challenges a judgment passed by the Gujarat High Court in April this year, wherein the High Court had interpreted Section 377 to include only sodomy, buggery and bestiality.

The case concerns a couple who had tied the knot when the woman was barely 15 years old. She contends that after her marriage, she was often forced by her husband to indulge in oral sex with him, in “deliberate disregard for consent and will of the petitioner and violation of her bodily autonomy”.

The High Court, however, ruled that the petitioner’s husband would not be charged under Section 377, but under Section 354 (assault or criminal force to woman with intent to outrage her modesty) of the Indian Penal Code. Challenging this order, she now asserts that the High Court was “erroneous” in its interpretation, contending that the impugned order was based on “oversight and misreading of section 377”.

She further submits that the High Court erred in fixating itself with the explanation appended to the provision, which states, “Explanation: Penetration is sufficient to constitute the carnal intercourse necessary to the offence described in this section”. She avers that the explanation does not limit the scope of the section, but in fact clarifies and enhances its ambit.

She goes on to draw the Court’s attention to the contrary interpretation adopted by other High Courts, submitting, “…the High Court ignored the interpretation of section 377 by various High Courts. For example in the case of  Smt. Sudesh Jhaku v. State [(1998) Cr.LJ 2428 (Del.)], it was held that penile-mouth penetration attracts section 377 of the Code. In Calvin Francis v. State of Orissa [(1992) 2 Crimes 455 (Ori.)], it was held that the person guilty of carnal intercourse against the order of nature when he puts his sex organ into victim’s mouth as an initiative act of sexual intercourse. In State of Kerala v. K. Govindan [(1969) Cr.LJ 818], the Kerala High Court held that an act of inserting the male organ between the thighs of another amounts to an unnatural offence attracting Section 377. The Gujarat High Court had gone to the extent of holding that any non-penal vaginal sexual act that is imitative of sexual intercourse was an offence.(Lohana Vasantlal Devchand v. State [AIR 1968 Guj 352).”

…in invoking only the provision of section 354, the Court diluted the gravity of the offence and diminished the sexual and humiliating nature of the offence. The application of offence specified under section 354 in it’s stead severely undermines the psychological and physical trauma the petitioner was subjected to, at the hands of respondent 2.”

Finally, the petitioner raises the following questions of law for consideration by the Apex Court: