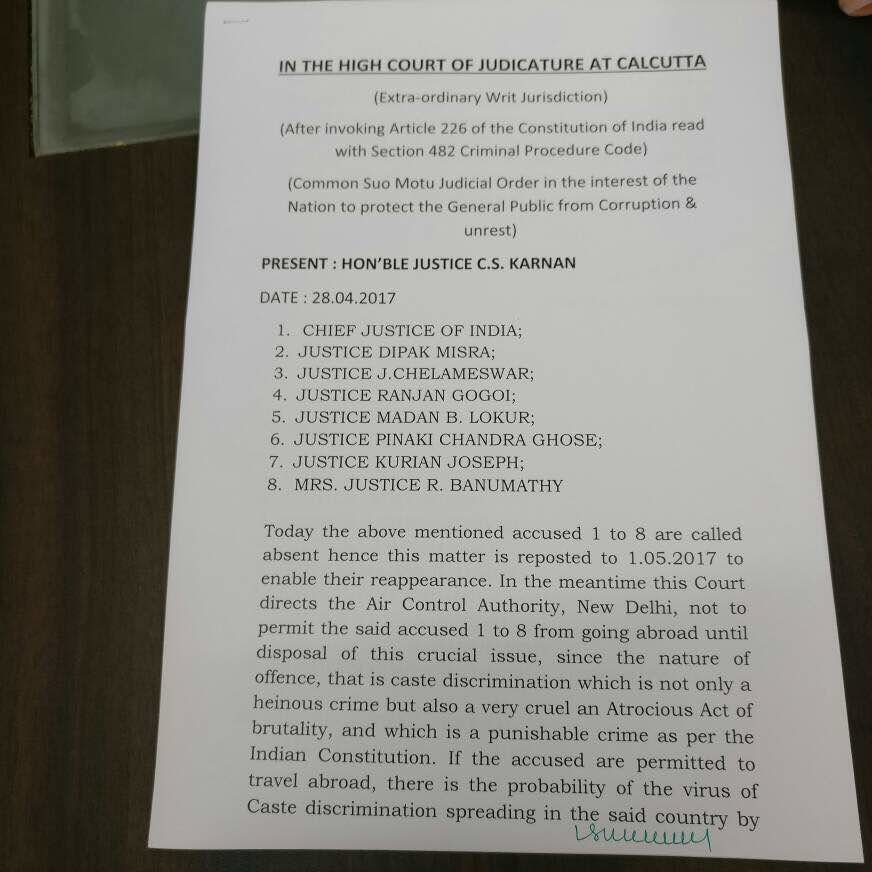 “There is a probability of the virus of caste discrimination spreading in the said country by such perpetrators.” the judge said.

Justice CS Karnan has now 'directed' the Air Control Authority not to permit eight judges of the Supreme Court from travelling abroad.

The judges restrained by Justice Karnan include the seven judges who initiated contempt proceedings against him and Justice R Banumathi.

Justice Karnan, in his ‘order’, said these judges had indulged in "caste discrimination, which is not only a heinous crime, but also a very cruel an(d) Atrocious Act of brutality, and which is a punishable crime as per the Indian Constitution."

The reason why he wants to restrain these judges from travelling abroad is more interesting. "There is a probability of the virus of caste discrimination spreading in the said country by such perpetrators," he said.

Dramatic scenes were witnessed in the Supreme Court hall when the ‘contemnor’ judge appeared before the CJI-led bench. The one-hour-long gripping courtroom exchange between the bench and the judge can be read here.  Earlier, Justice Karnan, in a similar ‘order’, had demanded Rs 14-crore compensation from the seven judges who have been hearing his contempt case. He also threatened the judges to withdraw their judicial and administrative work, in case they failed to pay the compensation money in a week.