Downing of Malaysian Airliner in Ukraine: A Blatant violation of International Law 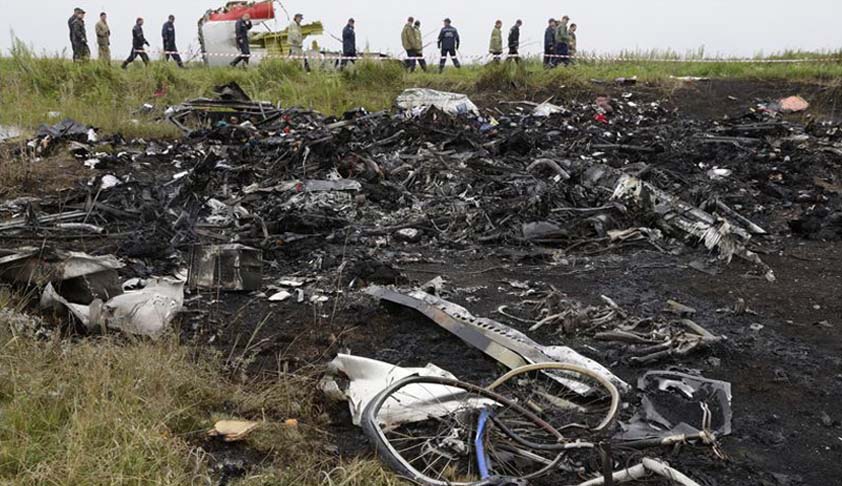 With the downing of Malaysian Airliner MH-17 over eastern Ukraine, the provisions of International Laws and International Human Rights were also burnt to ashes.

It must have really been hard to witness such cruel disrespect and downfall of international humanitarian laws for the founders of the famous Geneva Conventions who time and again advocated the sacred rights of the innocent Civilians during any armed conflict.

The panic-stricken conflict of power between Ukraine, Russia and some Separatist Groups is now transcending its borders and is posing serious threats to international peace and security.

The fighting between Government Forces and other groups have been intensified soon after the Ukrainian President Petro Poroshenko‘s announcements of 30th June and subsequent resumption of the security operation in the eastern part of the country.

As of now, there is no evidence that decides any party’s guilt. However, the Missile that was used was not a ‘Sophisticated piece of technology’ but a Soviet- era weapon. And here is the worst part. While the Ukrainians, Russians and Rebellions have promised to co-operate with a ‘fair’ investigation of the Airliner attack, the reality has been hideous. At the crash site, the rebels have been actively hindering the investigation.

UN Secretary- General demanded that armed groups immediately disarm and end violent activities and urged Ukrainian authorities to act with restraint and make every effort to protect civilians. As per the data released by United Nations High Commissioner for Refugees (UNHCR) , more than 500 are dead, 1500 are injured and tens of thousands displaced.

There remains an urgent need for a sustainable agreement between the Ukraine, Russia and Separatists groups in the region. The international community must work together to take certain steps against such brutal murders of civilians and other innocent people trapped in the unfortunate series of incidents in Ukraine.

Such acts must be condemned and should not be tolerated under any circumstances. The members of international community must protect the spirit of international law and humanitarian laws so that the rights of civilians are respected even at the battlefield.