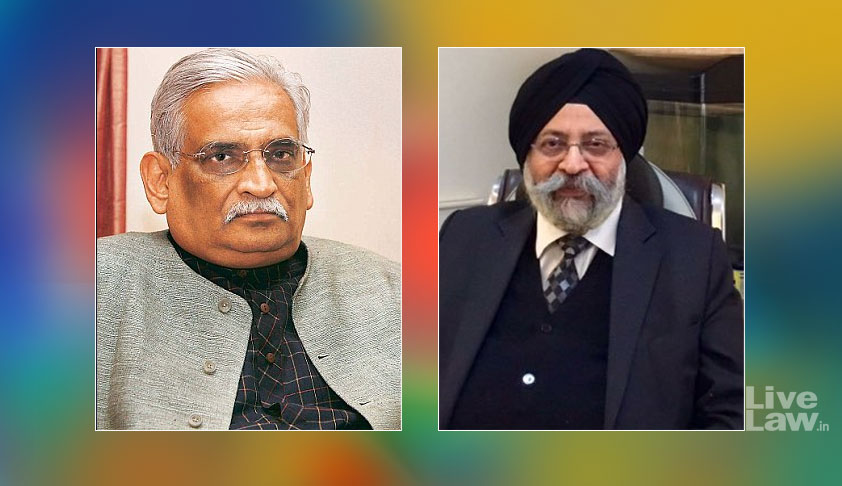 Senior advocate and distinguished jurist Dr. Rajeev Dhavan recently in his column uploaded on online portal expressed a strongly worded anguish against Justice J.S.Khehar and termed him arguably one of the worst Chief Justices of India. The current president of the Supreme Court Bar Association (SCBA) and senior advocate Mr. R.S.Suri in his personal capacity did not subscribe to Dr....

Senior advocate and distinguished jurist Dr. Rajeev Dhavan recently in his column uploaded on online portal expressed a strongly worded anguish against Justice J.S.Khehar and termed him arguably one of the worst Chief Justices of India. The current president of the Supreme Court Bar Association (SCBA) and senior advocate Mr. R.S.Suri in his personal capacity did not subscribe to Dr. Dhavan’s opinion and responded in another online portal.  In an exchange of views on the sitting CJI with just few days left for his superannuation, I wish to trace a developing trend of harsh criticism as against excessive submission, both by senior members at the bar.

When Justice Khehar was appointed as the CJI, I wrote an article on how he was expected to bring in a lot of changes. Justice Khehar in his short tenure proved to be zealous and active. Whether he ended up as selectively overzealous or hyper active is for the bar to judge.

I ask myself few questions at this juncture – Who is to court the court? Should the bar be responsive to bench’s actions? What are the permissible limits of a responsive bar? What covers the area between an excessive criticism and a total submission?

With greatest respect to Dr. Dhavan’s abilities as an advocate, lately he has engaged in rough dialogues with the bench on more than few occasions. His altercations with Justice Dattu, Justice Khehar and Justice Radhakrishnan, then with Justice Thakur are well known. To express his opinion, Dr. Dhavan uses his literary skills to which the bench has no occasion to respond. In his instant column under response, Dr. Dhavan has made certain comments which cross the boundaries of fair and constructive criticism, which could have been avoided. To quote a few -  ‘His orthodox view of what constitutes a Sikh, is shallow.’, ‘Among the least distinguished Chief Justices of India, his term must rank among the lowest.’, ‘Some “weak” Chief Justices made it a point to educate themselves. Not so Khehar who seemed too arrogant to want to learn.’, ‘Lodha brought in three advocates as judges, of which one is a disaster. ’, ‘Why these cases? Was this his agenda or the governments? Or did they just coincide.’ and used words and phrases like ‘sultanate’ among others. Criticizing an individual as a person or his office or his abilities is one thing, demeaning the whole institution is another. Subject to my limits of comprehension, a CJI’s terms is not a sultanate, terming a sitting judge a ‘disaster’ cannot be appreciated and an over pessimistic approach towards the institution does not help to improve it. On the other hand, reading the response by Mr. R.S.Suri, does not appear to be completely accurate as well. Mr. Suri has instead in a sugar coated and unnecessarily submissive language responded with a failed defence. Even while writing in his personal capacity, he has chosen to assemble all his colleagues from the SCBA to praise Justice Khehar for his work irrespective of whether they subscribe to his views or not. Even strategically, the defending article has become counter productive by bringing the issue to the  forefront.

The need of the hour is an independent and upright bar, which carries potential and support to term a spade a spade. . By responding to Dr. Dhavan in his personal capacity, the president of the bar has triggered a debate by fueling a parallel commentary among the members of the bar. I very strongly contend that the independence of the bar cannot and should not be compromised and must not be submissive. Mr. Suri has undoubtedly written to defend the CJI’s tenure but has overlooked a lot of aspects of Justice Khehar’s tenure which deserved to be highlighted. If Mr Suri is definitely concerned about the image of judiciary , particularly of the Chief Justice, there were several occasions to defend, which sadly has not happened.

Bar and bench share an energetic bond. They share a delicate relationship with sweet salty flavour of humour. A counsel once was cross examining a witness. Tired of his line of questioning, the judge told him if he kept asking such questions he will have to send him to a place where he had never been. The counsel asked “You mean jail, Your Honour”. “No”, replied the judge, “Law School”. Now this is something which needs to be looked in a positive way and one of the light moments during course of a hearing. This can also be taken by a few to be in a negative manner leading to an immediate altercation. It is precisely this, which needs to be learnt. The correct approach for the counsel would be to not only change his line of questioning immediately but also to refrain from going that way, at least before the same judge, again. This is advocacy and this is what the on looking young lawyers will notice and learn in their turn.

We need to cultivate a bar which does not succumb to institutional pressures and maintains independence. Young lawyers need a constructive senior bar to develop a culture of effective flow of training, to impart knowledge about the precious art of advocacy and to spread the esteemed virtues of persuasion. I do not deny that it is equally important to know the practical undeclared aspects of the profession, but the focus should not be on the negative side. The system needs to be inflated and not deflated by constant criticism for the sake of it. Excessive pessimistic attitude towards the institution as a whole serves no good. In my view, the bench deserves respect and regard but need also be told if it is wrong in a humble and subtle manner. Our country carries a legacy of blood soaked geography. We got up from ruins, dusted ourselves and proceeded. Perhaps it is now time for the bar to dust itself and introspect as to how to channelize its energies in a more constructive manner, particularly nourishing the next crop of advocates. I strongly believe if the bar is upright and independent, the judges will be more secure. After all, the fundamental dynamics of independence rest on great trust and sure accountability. Till then, fingers crossed! Namit Saxena is a lawyer practicing in SC, He is the revising Co-author of Latest Editions of Mulla's Civil Procedure Code and Ratan Lal Dhiraj Lal's Code Of Criminal Procedure.