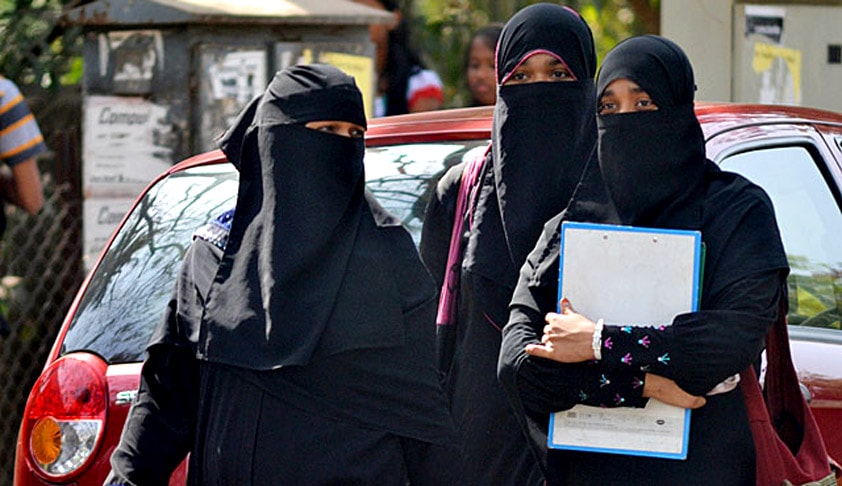 A Writ Petition [W.P No:6813/2016] has been filed by One M/s Amnah Bint Basheer a candidate for All India Pre-Medical Entrance Test 2016 scheduled on 01.05.2016 (AIPMET-2016) along with her father/ guardian in the party array Mr A.P Mohammed Basheer seeking to impugn the dress code prescribed for the candidates by the respondents (CBSE) in the bulletin relating to conduct of AIPMET...

A Writ Petition [W.P No:6813/2016] has been filed by One M/s Amnah Bint Basheer a candidate for All India Pre-Medical Entrance Test 2016 scheduled on 01.05.2016 (AIPMET-2016) along with her father/ guardian in the party array Mr A.P Mohammed Basheer seeking to impugn the dress code prescribed for the candidates by the respondents (CBSE) in the bulletin relating to conduct of AIPMET -2016.

The petition makes a specific challenge to Chapter 11 of the AIPMET -2016 bulletin which reads as follows:-

The candidates are instructed to follow the following dress code while appearing for AIPMET-2016:-

(i)The candidates shall wear light clothes with half sleeves not having big buttons applicable , brooch/badge flower etc with salwar/trouser which are applicable for all candidates irrespective of whether such candidate is a male or female.

A further challenge has been made to chapter 10 of the AIPMET 2016 bulletin to the extent it mandates that the guardian of candidates to ensure such dress code is adhered , and in case of non compliance preventing such candidate to enter into examination centre nor undertake the exam.

The above instructions contained in the AIPMET-2016 bulletin have been impugned by the petitioner who claims that as per her religious beliefs and practices, the same would amount to violative of exercise of her religious freedoms with due reliance to Quranic instructions  and authentic hadiths (Sayings of Prophet Muhammed) which prohibits a believing woman in the said community to cover their body except face with loose garments and prevents such appearance in public or in company of non blood related male members even if it is for a short duration. Hence based on the above she contended that the directive contained in Chapter 11 of AIPMET-2016 infringes upon her religious beliefs and encroaches upon her fundamental rights contained under Article 25(1)of the Constitution of India, 1950.A further assistance is placed on Article 14 of the United Nations Convention on the Rights of the Child ,1990 to which India is a signatory ,which mandates that a state shall respect the right of the child to freedom of thought, conscience and religion.

Hence based on the above, the W.P(C) has been filed seeking to strike down the above directions formulated by respondents(CBSE) in AIPMET-2016 as unconstitutional and to permit the petitioner to undertake the exam in accordance with her religious beliefs and practice.

The Court has adjourned the matter to be posted after a week, for obtaining instructions from the part of the respondents(CBSE) in this regard.

Last year a Single Judge of Kerala High Court allowed two Muslim girl students to wear Hijab and full sleeve dress while appearing for the CBSE All-India Pre-Medical Entrance Test (AIPMT) on 25th July. The Students challenged the new dress code introduced by the CBSC for the AIPMT Examination. Justice K. Vinod Chandran allowed the plea on the conditions that the girls shall be present before a woman invigilator and if required the invigilator can search the body. But when Certain Islamic Organizations approached the Supreme Court of India citing that the Notification of AIPMT entrance exam by CBSE, barred the right of Muslim girls to wear Hijab, their customary religious dress the Court refused to entertain the plea saying that ”We will not interfere with these kind of small issue”.