What Are We Eating? PIL In Bombay HC Seeks Policy To Prohibit Use Of Pesticides, Chemicals In Fruits, Vegetables [Read Petition] 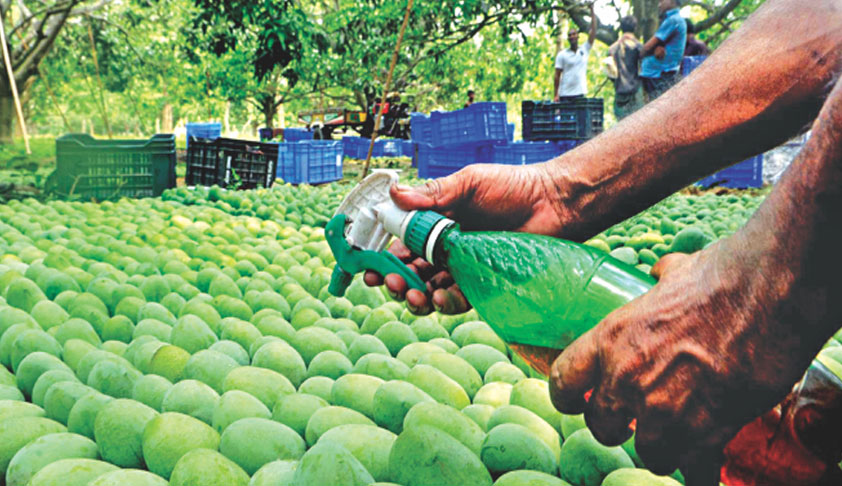 A Mumbai-based NGO, Citizen Circle for Social Welfare and Education, has filed a public interest litigation before the Bombay High Court seeking directions for prohibiting usage of excess amounts of pesticides by farmers, usage of chemicals by street vendors of fruits and vegetables for artificial ripening, usage of growth hormones and pig fat by poultry farmers etc.

The PIL also seeks an embargo on sale of genetically-treated chicken and chicken containing antibiotics by multinational fast food brands like McDonalds and Subway.

Petitioners have relied on a Zee news story entitled “Chemicals in fruits, vegetables – “What they do to your body” and stated that fruit and vegetable vendors are using chemicals like monosodium glutamate, neurotoxin flavours, calcium carbide and ethylene etc, for quick/artificial ripening of fruits and subject vegetables to chemicals in order to give unnatural shine/polish/fresh look to the vegetables.

It is also claimed in the petition that farmers use pesticides in excess in order to fasten the growth of the vegetable and due to this excess use of pesticides, 20 farmers died in Maharashtra on October 8, 2017.

The petition also states that 34% of the fruits and vegetables exported to Switzerland contain pesticides beyond the prescribed limit set by the European Union.

Apart from the Union and the State, Food and Drug Administration, Food and Safety Commissioner of Maharashtra have been named as respondents in the PIL.

The petition has also sought surprise inspection checks on multi-national food chains and some form of regulation on fruits and vegetables sold by street vendors.

Advocate Shehzad Naqvi is appearing on behalf of the petitioners in the matter.