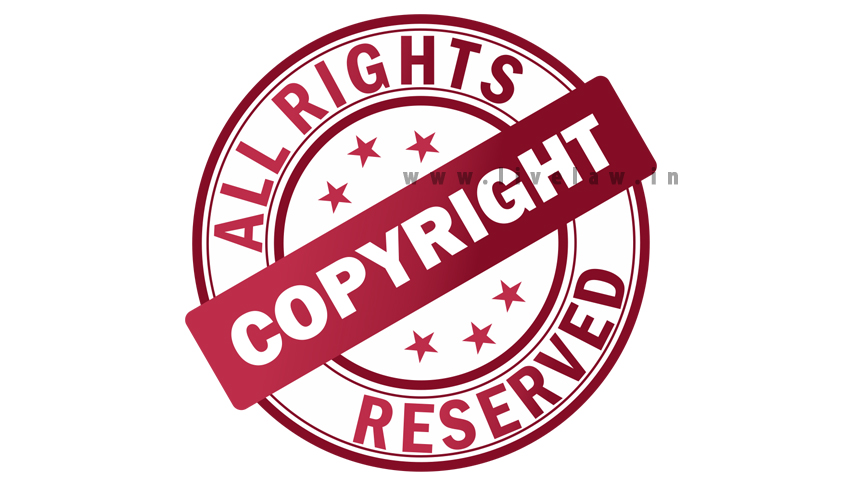 I have been following the so called 'Delhi University photocopying case' both as a concerned parent and as a publishing professional. I was initially rather surprised to see among my college going son's books and notes, thick spiral bound photocopied sheets containing full essays and extracts from major publications in the fields of psychology, sociology, and other related subjects. My...

I have been following the so called 'Delhi University photocopying case' both as a concerned parent and as a publishing professional. I was initially rather surprised to see among my college going son's books and notes, thick spiral bound photocopied sheets containing full essays and extracts from major publications in the fields of psychology, sociology, and other related subjects. My son informed me that the sheets contained prescribed reading material provided by his University, a major state run institution dedicated to the social sciences. As a publisher, I must say I was appalled. Something was wrong somewhere. On the other hand, as a parent and citizen interested in the accessibility of educational resources, I could see that there may well be good reasons for the zeroxed  'course packs': limited library copies of books, the exorbitant expense of trying to acquire original versions of every single title required, and the large number of Indian students who simply cannot afford the original books.

Since OUP, CUP, and Taylor & Francis filed their suit against Rameshwari Photocopying Services and Delhi University in 2012, much discussion has taken place, inside as well as outside the courts. The issue is  the validity of the preparation of  'course packs' through extensive photocopying. The focus has quite understandably been on the legal points involved and especially on the application of the provisions of the Indian Copyright Act which define 'fair use' of material protected by copyright. It has been well over two years since the Delhi High Court granted an interim injunction against the defendant photocopying shop preventing it from producing more course packs for students. The final judgment on the suit for permanent injunction is still expected .

This case represents two apparently irreconcilable interests, that of ensuring revenue for publishers  and that of providing access to quality educational material in a poor country. I believe that it is time to consider whether everyone's interest will be better served if the parties can be helped to move away from needless confrontation and towards a solution .

As it has been argued by numerous knowledgeable lawyers, copying of copyright protected material for educational purposes/non-commercial use is permitted; the maximum proportion of a work that may be copied is not explicit. Some have even concluded that under Indian law, whole books may be made available to students as part of photocopied 'course packs'. The publishers case for permanent injunction is based on other aspects of copyright law that are designed to protect the rights of owners of copyrighted material. Their essential argument is that the creation of course packs consisting of photocopied extracts from their publications, which are clearly 'literary works' under Section 2 (o) of the Copyright Act,  is 'unauthorized reproduction'. It has further been pointed out that the first defendant, the photocopying establishment, is working purely for monetary gain, that is to say its activity is commercial. It has also been argued that the publishers are thus losing a 'revenue stream' as a result of the collaboration between the photocopy shop and the Delhi University.

The tragedy is that natural allies, quality publishers and the academic community,  have become adversaries. Whichever way the High Court's decision goes, the unfortunate confrontation between 'big publishers'  and educational institutions, scholars, authors, researchers, teachers, and students will not be over. Perhaps examining the basics may help us see the way to a resolution. Cynicism aside, one can confidently say that every serious publisher, including every 'for profit' corporate entity,  has a stake in the educational system and its growth around the world. The reason is simply that both the creators and users of the products of publication are part of that system or connected to it, formally or informally. The plaintiff publishers have given the world some of the finest books and essays ever written and introduced some of the most erudite and inspiring authors the world knows. Such results don't happen on their own or by coincidence. I know from my own experience in law and social sciences publishing how much effort publishing staff —Commissioning and Editorial both—put into  identifying and developing quality book projects and following through on promising ideas.

Amartya Sen made a very valuable point when he wrote to fellow authors concerned about the publishers' case and focussed on the need to ease the lot of students: 'I would like to state that I am personally distressed, as an OUP author, to learn about this policy decision. I hope something can be done to make the academic arrangements for the education of students less difficult and more sensible.'

Sen used a very appropriate expression when he spoke of the need for 'academic arrangements'. The sensible way would be for both parties —the publishers and the university —to try to understand each other's concerns.  Obviously students cannot buy all the books required for each course they enrol for, especially the high priced ones, if they need only a chapter or two. On the other hand, the plaintiffs have listed 134 titles, no less, that have been actually identified as being part of one or other course pack. Some titles are copied cover to cover. Various portions of some of them are part of different courses. The pages in the packs number in the thousands. It does seem a little non-sensical for a photocopying establishment to gain monetarily at the expense of authors as well as publishers.

Time to get out of the adversarial mindset

The question that comes to mind is, 'Why don't publishers  consider making the 'course packs' part of their publishing programmes?' They could themselves take orders from educational institutions for relevant material that fits into course packs. A point that seems to have escaped notice so far in the public debate is that printing in bulk is cheaper than photocopying. Publishers make profit on the margin between the cost of production and the price charged to the buyer. The price of the packs could easily be made one that the end user, the student, could afford. From the user's point of view, photocopied text matter is  no match for printed pages in terms of readability. In this context the suggestion that all educational institutions pay for licences to make photocopied course packs, through the India Reprographics Rights Organization, does not represent a  real solution either.

It must be noted that great advances have also been made in printing technology in the last few decades. So in the case of subjects where smaller numbers of packs are required, there is now scope for cheaper reproduction of smaller print runs on reasonable quality paper. If publishers themselves make the course packs, they can also ensure that their latest editions get used. I have seen many university reading lists where the institution does not seem even to be aware that it is prescribing old editions.

Most significantly, if publishers and universities collaborate to make course packs, authors will have an important role to play. As is well known, 309 major authors have written to the plaintiff publishers placing on record their objections to the suit. Their main concern is that their works should be available, read, and circulated as widely as possible. It would be ideal if some of them could function as advisors or members of joint-working groups between publishers and universities for developing course packs.

This matter is ideal for resolution by mediation. The sooner a dialogue is started, the better for all concerned.