IDIA Scholars Shine; Eight make it to NLUs and Two to Nirma University 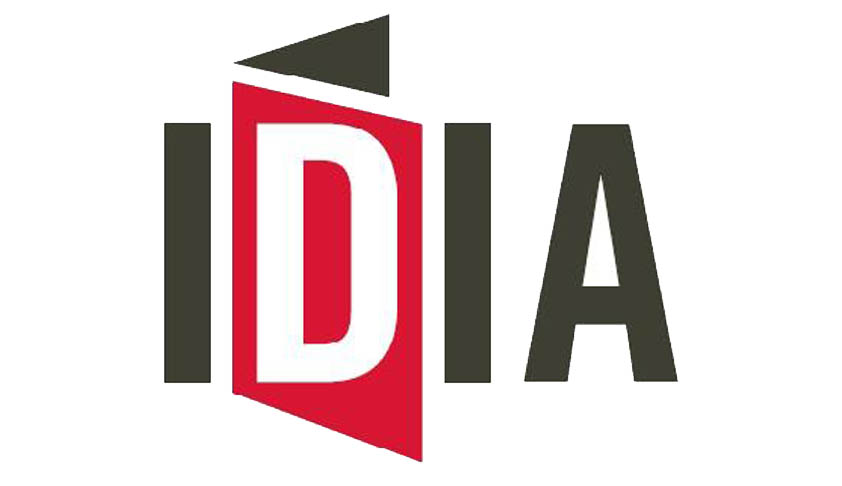 In times when law aspirants are striving hard to secure their seat in NLUs, the IDIA scholars have already managed to imprint a mark, by successfully securing their seats in the much desired NLUs. IDIA has, since its inception, managed to send their students to NLUs. It continues the trend this year as well. Out of the 24 scholars trained by IDIA, 8 have cracked CLAT and secured admission to...

In times when law aspirants are striving hard to secure their seat in NLUs, the IDIA scholars have already managed to imprint a mark, by successfully securing their seats in the much desired NLUs. IDIA has, since its inception, managed to send their students to NLUs. It continues the trend this year as well. Out of the 24 scholars trained by IDIA, 8 have cracked CLAT and secured admission to the various NLU's while two IDIA scholars made it to the Nirma Institute of Law.

Here is the list of students who managed to secure their seats in CLAT.

The IDIA (Increasing Diversity by Increasing Access) was established under the able guidance of Mr. Shamnad Basheer. The IDIA venture was initiated with an aim to connect with the marginalized section of the society, to make them mindful of the profits of law as a practical, lucrative profession choice and to help those students to study in law schools without worrying about the finance.

Here is the list of students who managed to secure their seats through CLAT:

aspired for just one thing: to lift his family out of poverty. His father, grandfather, and their fathers before them had all been poor farmers barely able to eke out a living. Being the only one in his family’s history to have received an education, Tulasiram understands the true value of it. Given that he is visually challenged, the ride was an even rougher one for him. Tulasiram persevered against all odds and secured an admission to NLU, Odisha. When asked which book he would like us to gift him, he didn’t hesitate to ask for Dreams into Action by A.P.J. Abdul Kalam, which contains his favourite quote: “If you follow excellence, success follows”. Tulasiram is an exemplar of this very motto, and we hope that this IDIA Scholar will turn out to be one hell of a trail blazer!

2. Jumika K. Yeptho: An earnest and sincere student, Jumika grew up in a village close to Dimapur in Nagaland. At

an early age, Jumika was awarded a scholarship at the prestigious Sanik School, where he completed his schooling. Jumika’s father, the sole bread winner of the family, works for the State Government. Jumika has a large family, which makes things difficult. His parents, three brothers, two sisters and three extended family members live under the same roof and struggle to make ends meet on the modest salary of a government employee. As the eldest son, Jumika hopes to share the responsibility of his parents soon. Jumika has successfully started strolling down this path, by doing very well in the CLAT and securing an admission at GNLU, Gandhinagar.

3. Pritam Das: He hails from Basanti, a small, impoverished village in the Sunderbans, West Bengal. His father is

a shopkeeper and mother, a homemaker. Given his background, he had never given any thought to law as a career. However, his life took a completely different turn on the day the IDIA team visited his school to sensitise students about taking up law as a career. His dedication and hard work paid off as Pritam secured an admission at NLU, Odisha in his second attempt.

4. Asha Ramesh: Asha is a hard working, enthusiastic scholar who is passionate about studying law despite

being visually challenged. She is driven, focused, and dreams about making a difference to the society. Her mother is a Hindi teacher and her father runs a small business in a little village in Andhra Pradesh. By securing an admission to NLU, Odisha, she has taken the initial steps towards turning her dreams into reality.

challenged. He was ecstatic when the CLAT results were announced recently and he found that he had made it to NLU, Jodhpur. However, life has not been easy for this bright scholar, hailing from the town of Karimnagar. His father passed away early in his childhood, and he lives with his mother and grandmother. The family has struggled to survive on a hand-to-mouth basis, which made Veeranna’s visual impairment worse as he spent his childhood without access to sufficient reading material.

6. Ron Joy: Ron Joy belongs to an economically backward Christian family in Trichur, Kerala. He grew up in

Mumbai. His inclination to study law can be traced to his familiarity with Amarchand Mangaldas, Mumbai, where his father works as a Steno Secretary. Ron aspires to become a leading lawyer in the future, and bear the financial responsibilities of his family to relieve his ailing father, who is due to retire next year. By successfully securing a place in NLU, Jodhpur, he is well on his way to achieve his goals, and the IDIA team is keen to see him succeed.

7. Aritra Mondal: Aritra did his schooling from Kalyani Public School, Barasat. Unfortunately, in 2012, his father

passed away, leaving behind numerous debts for his mother and him. Since his mother is a home-maker, the only source of sustenance for them is his father’s pension. Despite these adverse circumstances, Aritra scored 78% in his SSC Examination. In the hope of securing a steady source of income, they bought a house using a bank loan, which they had planned to rent out. However, they later discovered that the property was in dispute. In this situation of utter hopelessness, Aritra worked extremely hard to be the one ray of hope in his mother’s life. Aritra showed immense promise as an IDIA Scholar and scored admirably good marks in his mock tests. He was determined to crack the CLAT this year, and believed that nothing could stop him from becoming a great lawyer some day. He has proven his capabilities by successfully securing an admission to NLU, Jodhpur.

8. Akhil Lendale: Akhil made it to NLU, Orissa. Even his visual impairment couldn’t be a hindrance in his path.

Apart from the NLUs, two IDIA scholars, Mohammed Danish Gani and Namrata Dubey made it to the Nirma institute of law, which admits students only on the basis of CLAT scores.

Ecstatic after the success of these students, Prof. Shamnad Basheer told Livelaw, “I'm extremely pleased with the results though very nervous about securing funding for all these children. We are trying very hard to secure institutional funding so that we don't need to depend on individual funders year after year”, adding that: "This success has been possible owing to work of several passionate IDIA volunteers who burnt the midnight oil to train these scholars. And we owe a huge debt of gratitude to career launcher (LST) who have been training our scholars for free for the last several years. Without their wonderful partnership, we would not have achieved this scale of success."