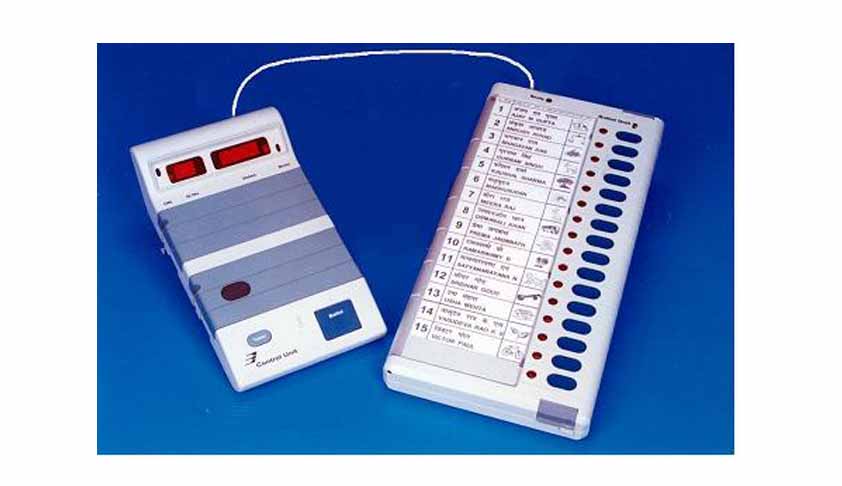 Subscription starts from
₹ 599+GST
(For 6 Months)
View Plans
Premium account gives you:
Subscribe Now
Already a subscriber?
Login
The stage is all set for the assembly polls in 5 states i.e. Madhya Pradesh, Chattisgarh, Rajasthan, Mizoram and Delhi. Chief Election Commissioner V S Sampath  told the media, "As per the direction of the Apex Court to the Election Commission to provide ‘None Of The Above’ (NOTA) option on the ballot paper and EVM’s, the Election Commission is working out details and steps for introduction of NOTA option in these polls itself."

For electors who do not want to vote for any of the candidate, now there will be button below the name of the last candidate.

On a question regarding the disqualification of convicted Members of Parliament, Sampath replied that, “Election Commission will announce vacancies only after they are notified by the Rajya Sabha Chairman and Lok Sabha Speaker.”

Another Supreme Court directive mandating that all columns are to be filled in affidavits to be filed by the candidate, will be implemented in the upcoming polls. In the press note released by the Election commission it is stated that, “In pursuance of the judgment dated 13th September, 2013 passed by the Supreme Court in Writ Petition (C) No. 121 of 2008, which among other things makes it obligatory for the Returning Officer “to check whether the information required is fully furnished at the time of filing of affidavit with the nomination paper”, the Commission has issued instructions that in the affidavit to be filed along with the nomination paper, candidates are required to fill up all columns. If any column in the affidavit is left blank, the Returning Officer will issue a notice to the candidate to file the affidavit with all columns filled in. After such notice, if a candidate fails to file affidavit complete in all respect, the nomination paper will be liable to be rejected at the time of scrutiny. The Chief Electoral Officers have been directed to brief all Returning Officers about the judgment of the Supreme Court and the Commission’s instruction.”
Next Story
Similar Posts
+ View more
Webinars
+ More
Law Firms
+ More
Latest News
+ More
लाइव लॉ हिंदी
+ More
International
+ More
Environment
+ More