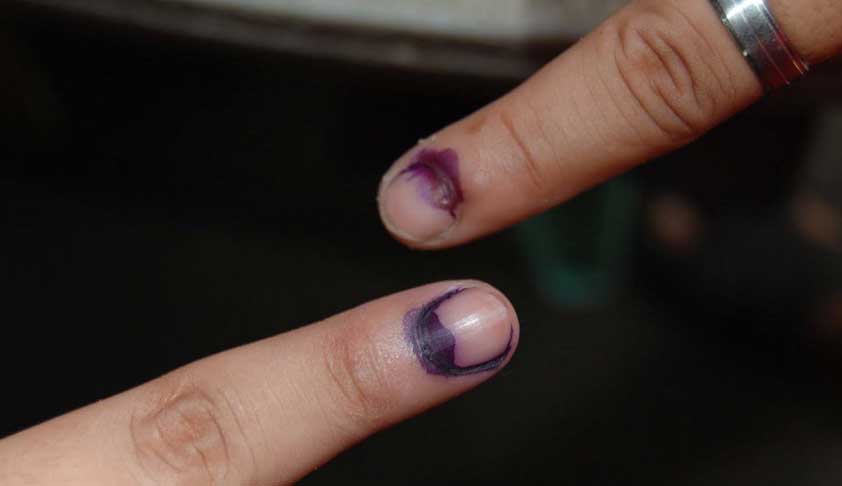 Delivering the judgment on a PIL filed by Dr. Subramanian Swamy, [SLP (Civil) 13735/2012], a Bench of Chief Justice P Sathasivam and Justice Ranjan Gogoi said that, "EVMs with VVPAT system ensure the accuracy of the voting system. With an intent to have fullest transparency in the system and to restore the confidence of the voters, it is necessary to set up EVMs with VVPAT system because vote is nothing but an act of expression which has immense importance in democratic system."

While Dr. Swamy was appearing in person, Election Commission of India was represented by Senior Counsels Ashok Desai and Meenakshi Arora.

Dr. Swamy contended that, "The present system of EVMs, as utilized in the last few general elections in India, does not meet all the requirements of the international standards and though the ECI maintains that the EVMs cannot be tampered with, but the fact is that EVMs, like all electronic equipments, are open to hacking."

Dr. Swamy also argued that the 'paper trail' system is to supplement the procedure of voting as in this procedure, after recording a vote in the EVM, a print out will come out which will appraise the voter that his vote has been rightly registered and the same will be deposited in a box which can only be used by the ECI in case of election dispute.

Senior Counsel  Ashok Desai submitted that the apprehension that EVMs could be tampered with is baseless. The ECI had also filed a counter affidavit stating that the EVMs provided by the Commission are of such a high end technology that it cannot be hacked.

The two judge Bench held that, "We are satisfied that the 'paper trail' is an indispensable requirement of free and fair elections. The confidence of the voters in the EVMs can be achieved only with the introduction of the 'paper trail'."

The Court directed the ECI to implement VVPAT in a phased manner for the upcoming general elections in 2014 and also directed the government of India to provide required financial assistance for procurement of units of VVPAT.

In a separate matter, Central Government in an affidavit told the Supreme Court that the job of electoral amelioration lies to the central government, not on the part of judiciary. In an affidavit filed by the Law ministry, it was submitted that, "The issue agitated through this petition are policy matters and come under the exclusive jurisdiction of the legislature and as a matter of fact, the areas relating to the issue agitated in the petition is covered by suitable statutory provisions in the concerned laws relating to election matter."

Additional Solicitor General Paras Kuhad on behalf of the Law Ministry submitted the affidavit to the bench of Justices R M Lodha and S K Singh. The Bench then directed the ECI to respond to the Centre's stand within six weeks.

It was also submitted in the affidavit that , "It is also a settled position that the courts do not interfere in policy matters of the state unless the policy violates the mandate of the Constitution or any statutory provision or is otherwise actuated by mala fides."