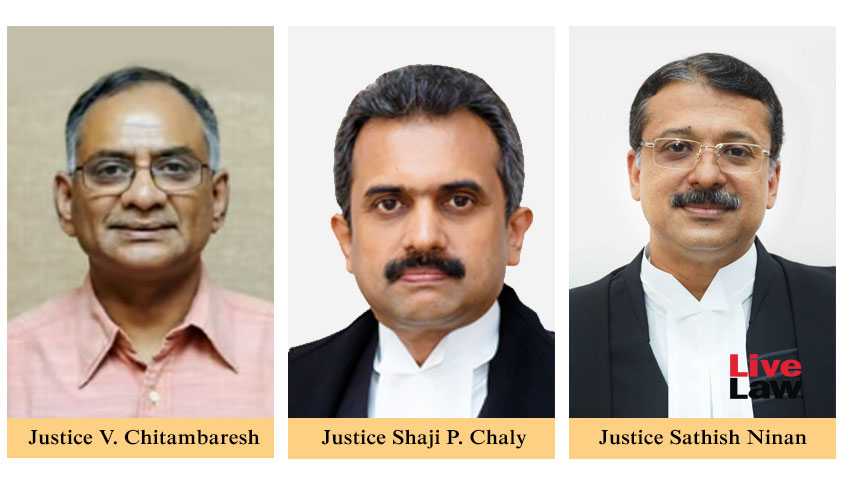 Whether an employee can claim higher amount of gratuity in excess of the statutory minimum fixed by the Payment of Gratuity Act, in cases where the gratuity insurance schemes availed of by the employer yields higher returns - this issue was referred to the full bench of Kerala High Court, and the full bench answered in the affirmative.The Full Bench of Justices  V. Chitambaresh, Shaji P...

Whether an employee can claim higher amount of gratuity in excess of the statutory minimum fixed by the Payment of Gratuity Act, in cases where the gratuity insurance schemes availed of by the employer yields higher returns - this issue was referred to the full bench of Kerala High Court, and the full bench answered in the affirmative.

The Full Bench of Justices  V. Chitambaresh, Shaji P Chaly and Sathish Ninan was considering the issue regarding an apparent conflict between Section 4(5) of the Payment of Gratuity Act and the second proviso to Rule 59(iii) of the Kerala Co-operative Societies Rules, 1969.

Section 4(5) of the Gratuity Act (a Central legislation) provides that employers can have better arrangement for payment of gratuity over the benefits available to the employees under the statute. If there is any such arrangement, the employees are entitled to receive better benefit over the statutory benefits.

On the other hand, the provision in Kerala Rules expresses the contrary. Rule 59 of the Kerala Co-operative Societies Rules provides for payment of gratuity to the employees of co-operative societies.  The second proviso to Rule 59(iii) states that the amount of gratuity shall not exceed the amount payable under the Payment of Gratuities Act, irrespective of the amount received out of any scheme chosen or implemented by a society for the purpose.

So the provision in Kerala Rules puts an upper cap on the amount of gratuity receivable by an employee of co-operative society at par with the statutory minimum fixed by the Central Act, regardless of the fact that scheme adopted by the employee provided for higher amounts.

The “schemes” in question were the Group Gratuity Policies of the Life Insurance Corporation availed of by the cooperative societies. The gratuity amounts payable to every employee on retirement or death were got insured by the societies by availing the Group Policy. In fact, Section 4A introduced to the Gratuity Act obligates every establishment to get compulsory insurance from the LIC for the liability for payment of gratuity. So, even if the establishment gets wound up or liquidated, the employee will derive the benefit.

In some instances, the amount payable under gratuity insurance on the retirement of employee was higher than the statutory minimum fixed by the Gratuities Act. So, the issue was whether the excess should enure to the benefit of the employee, or should go to the credit of the employer, who had paid the premium amounts for the policy. A division bench judgment of the Kerala High Court held in Nedupuzha Service Co-operative Bank vs K Rugmani and others ILR 2011(3) Ker. 75 that the excess amount should go to the employee. The correctness of the decision was doubted by another bench, and hence the reference.

The full bench first held that an employee would be entitled to the benefit of a scheme availed by the employer for payment of gratuity. The principle of privity of contract will not be applicable in such a case. Even if employee was not a party to such a contract entered by the employer, he can sue for getting the benefits under the agreement.

The court, however, did not hold that Rule 59(iii) of Kerala Rules was repugnant to Section 4(5) of the Central Act. It was held that both the enactments were for different purposes and that the overlapping was merely incidental.  Relying on Vijaya Kumar Sharma vs State of Karnataka (1990) 2 SCC 562, it was observed that such partial coverage of the same area in a different context and to achieve a different purpose does not bring about the repugnancy which is intended to be covered by Article 254(2) of the Constitution.