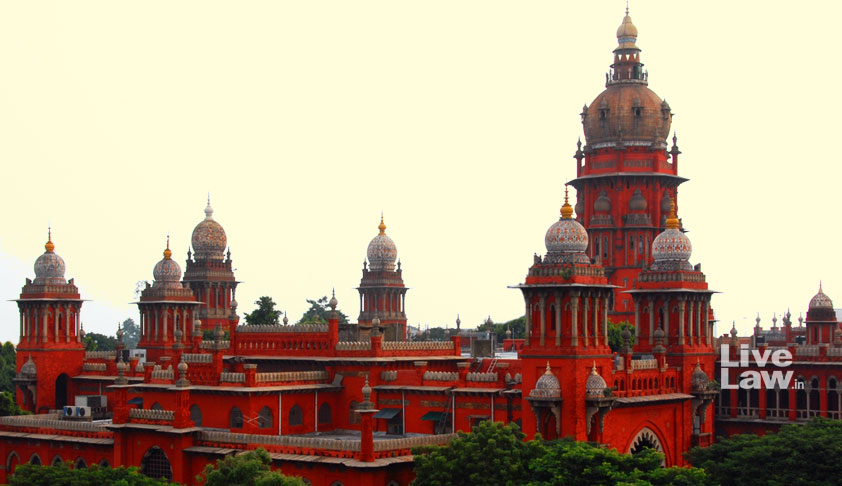 The Madras High Court has held that the Employees Provident Fund Act is a welfare statute and courts have to be cautious that the quasi-judicial functions of the authorities concerned are not hampered or else it will cause undue delay in implementing such welfare schemes in favour of the employees.“The provident fund Act is a welfare statute. If the quasi judicial functions are hampered in...

The Madras High Court has held that the Employees Provident Fund Act is a welfare statute and courts have to be cautious that the quasi-judicial functions of the authorities concerned are not hampered or else it will cause undue delay in implementing such welfare schemes in favour of the employees.

“The provident fund Act is a welfare statute. If the quasi judicial functions are hampered in a routine manner, then it would cause not only inconvenience to the quasi judicial authorities, but also defeat the very purpose of recovery of contributions in accordance with law from the employers. There cannot be any undue delay in implementing such welfare schemes in favour of the employees. Such welfare schemes are enacted to achieve the constitutional principles of social status amongst the workmen/labourer. Thus, the Courts are to be cautious and keep in mind such constitutional mandates and perspectives in respect of such important welfare legislations,” said Justice SM Subramaniam.

Justice Subramaniam said so while dismissing a writ petition moved by M/s Techset Composition India (P) Ltd, an establishment covered under the Employees' Provident Funds and Miscellaneous Provisions (EPF&MP) Act, 1952, challenging the summons issued to it way back in July 2014, by the Regional Provident Fund Commissioner, Employees Provident Fund Organisation, asking it to appear in person for the purpose of submissions of their documents and records enabling the competent authorities to conduct an enquiry and arrive at a conclusion in respect of all the contributions to be made.

Techset submitted before the court that it was regularly paying the contribution in respect of all its eligible employees and as per Para 29 of EPF scheme, the contribution is liable to be paid only on basic pay, dearness allowance, cash value of food concessions and retaining allowances if any.

It submitted that it has been paying various other allowances like conveyance allowance, special allowance, ad-hoc allowance, chilling allowance, stipend, LTA, medical and dress reimbursement cold room and shift allowance.

However, it was paying the contribution on basic pay, excluding allowances, as these were not covered under Section 2(b) of the EPF&MP Act which was duly accepted by the respondent all these years.

A dispute arose in respect of payment of contribution in relation to all other allowances paid by Techset to its employees.

The matter is sub-judice before the Supreme Court which, on July 13, 2012, asked the petitioners to deposit 60 per cent of the amount demanded after getting credit to the amount already paid. It had added that the Provident Fund Commissioner may proceed to make the assessment but no demand will be raised thereon.

Relying on this order of the Supreme Court, advocate G Anand for Techset submitted that since precisely the same issue is involved in the present writ petition, there may be a direction issued to the respondent to keep the enquiry in the abeyance until the final order is passed by the Supreme Court.

He went on to note that, “The Supreme Court has not granted stay in respect of enquiry and the demand. Therefore, the competent authorities must be permitted to exercise their power provided under the Act. The Statutory powers conferred under the Act cannot be taken away at the stage of conducting enquiry and in the event of preventing the competent authority from exercising such powers and then the very purpose and object of the welfare legislation of the Provident Fund will be defeated.”

“In respect of the notices issued by the competent authorities, the authorities must be allowed to proceed with the enquiry and conclude the same in all respects, in accordance with the procedures contemplated under law and by providing reasonable opportunity to all the parties concerned. The powers conferred under the Act is quasi judicial in nature. The competent authorities under the provisions of the Act are functioning as quasi judicial authorities. Thus, they shall be permitted to conduct the enquiries in a fair and reasonable manner and by following the procedures contemplated.

“This Court is of an undoubted opinion that the institutional respects and responsibilities are to be maintained in all circumstances. The Constitutional Courts cannot usurp the powers of the competent authorities in the absence of any legally acceptable reason, so as to paralyze the quasi judicial functions of the competent authorities under the statute,” the court opined.

Justice Subramaniam, however, added that the order passed after the enquiry need not be implemented till the final disposal of the case pending before the Supreme Court.