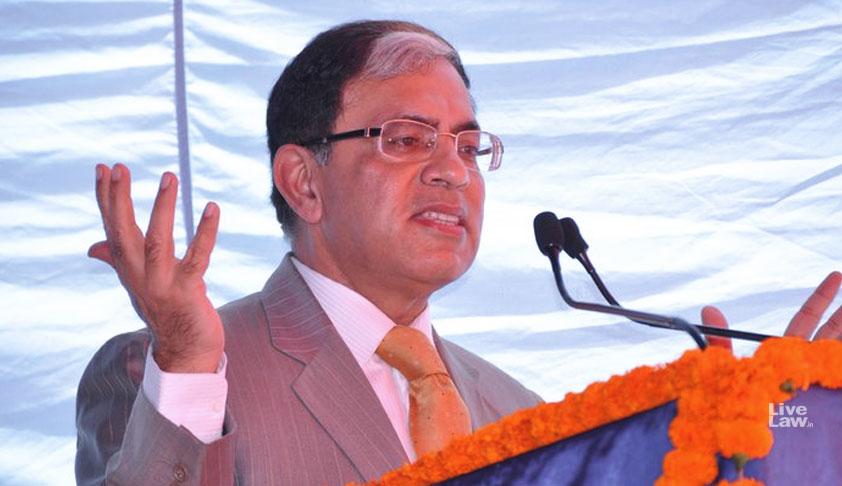 India is described as a young democracy whose Constitution is only 68 years old.  In contrast, there is also a view that 68 years in the life of the Constitution is too a long journey.  Why I say so?Thomas Jefferson in one of his letters to James Madison dated September 6, 1789, stated that constitutions should have a sunset clause providing for its expiration after 19 years and that, “if...

Thomas Jefferson in one of his letters to James Madison dated September 6, 1789, stated that constitutions should have a sunset clause providing for its expiration after 19 years and that, “if it is enforced any longer, it would be an act of force and not of right”[1]. 220 years later, a study conducted by scholars at the Chicago Law School under its Comparative Constitutions Project came out with a finding, after studying all the constitutions from 1789 to 2005, that the life expectancy of a national constitution was 19 years[2]. This was calculated from a baseline survival model.

Today, we are celebrating the 69th birthday of Indian Constitution.  There is not even a whisper or thought in anybody’s mind that it has outlived its life span.  The question that arises is: What makes constitutions endure or, to be more precisely, what has made Indian Constitution endured? This poser assumes more significance as we laud our Constitution as a vibrant document which has so far served, in a great measure, its well-defined purposes.  Justice K. Iyer labels it as ‘The Nation’s Safety Valve” and these four words embrace the entire essence and spirit of our Constitution.  Justice K. Iyer captures this essence in the following words:

“The Indian Constitution is the cornerstone of a liberated nation.  It lays the grand foundation of a great people’s political edifice of governance. It spells out the fundamental rights and socialistic aspirations of the vast masses long inhibited by an imperialist ethos.  It creates a trinity of democratic instrumentalities with checks and balances, parliamentary in structure, quasi-federal in character.

An independent judiciary, an accountable Parliament at the Centre and like legislatures at the State level, a powerful Election Commission and fearless, critical Comptroller and Auditor General provide a paramountcy of democracy, at once responsible and responsive.  Judicial review of State action, public finance auditable by a constitutional authority, obligation to seek fresh mandate through general elections with the adult franchise, accountability, direct and indirect, to the people in several ways,— these are fundamental in the governance of the country.  The people, though free, have fundamental duties mandated by Art. 51A of the Constitution to exercise which, as in cases of environmental and ecological preservation, compassion for living creatures, protection of the value of composite culture, the authority of judicial writ power may be moved in aid.”

There are certain factors that prevent constitutional demise at an early stage.  Some such factors are mentioned in the above statement of great judge which lend endurance to the Indian Constitution.  Let me enumerate some universally accepted norms, which make a Constitution great and prolong its life:

(i)      First is the inclusion aspect, i.e., to what extent are the divergent groups of a nation consolidated and brought to the table for constitutional negotiations. It must be noted that constitution making in deeply divided societies, like ours, has huge transaction costs since it involves bringing together people from divergent groups to agree to a common minimum scheme. A constitution having a transformative agenda makes things more difficult, with each group having its own ideas about what is ideal and each group trying to impose its idea in the constitutional bargain. Our Constitution ensures inclusion at two levels. First, it incorporates provisions to safeguard and protect the rights of minorities, autonomy for religious communities and freedom for linguistic groups.  Secondly, it also aims at bringing marginalised, backward and dalit communities into the mainstream by having the provisions for reservations and other safeguards.  All these provisions are in the form of Fundamental Rights.

(ii)      Another factor which makes constitutions endure, is flexibility. Stability does not mean immutability.  Times change.  Social conditions are altered by various factors.  Each generation may differ in values from a previous generation.  This again is achieved at two levels, viz. at the hands of the Parliament as well as the Courts.  Realism dictates flexibility which implies amendability and, therefore, our Constitution (Art. 368) vests power in parliament to amend the Constitution but with more rigorous procedures than in passing ordinary legislation.  Indeed, amendment of the Constitution has been provided for, blending pragmatism with special safeguards, avoiding rigidity, but facilitating flexibility.  Amendments to constitution act as substitutes for constitutional replacements, which would involve re-negotiation.  Courts also, by their pragmatic approach (in contrast to originalism) achieve this purpose, to which I shall allude to separately.

(iii)     Another factor that ensures endurance of the Constitution is the spirit of liberal constitutionalism.  Familiar perennials in the Lexicon of liberal constitutionalism are:  democracy, human rights, minority protection.  In the same gesture, of another key aspirational vocabulary of the postwar settlement are:  social welfare, solidarity, economic equality, social justice etc. and there, in the middle, sits the most cherished principle, viz., ‘the rule of law’.

The Supreme Court depicted great wisdom is describing afoersaid features, and few others like separation of powers, independence of judiciary etc. as the basic features of the Constitution and taking them out of the reach of amending power of the Parliament.  So it is that we have, as settled constitutional law, re-enforced by Kesavananda Bharathi, Minerva Mills, Indira Nehru Gandhi, Bommai and other cases, the doctrine of basic structure of the Constitution which is beyond mutation by the plenary power of Parliament.  Thus, the great fundamentals are immunised; at the same time variable values can be given validity by appropriate amendments.

A great safety valve of Human Rights, constitutionally inscribed coupled with power of judicial review thereby invalidating executive and legislative excesses by binding writs contained in Articles 32, 226, 136, 141, 142 are some of the vital provisions which grant access to the people to move the court and seek redressal against injustice.

The orginalists argue, in simple terms that, constitutional text ought to be given the original public meaning that it would have had at the time that it became law[3].

Scalia J who was the most instrumental in taking the originalist movement forward, argued that of the two (originalism and pragmatism), originalism was the lesser evil, and that “living Constitution is not law but rather clay in the hands of Justices who shape it to mean whatever they believe it ought to mean[4].”

Living constitutionalists believe that the meaning of the constitutional text changes over time, as social attitudes change[5]. In other words, the legal framework of the Constitution is to be so operated as to be consistent with the prevailing constitutional values and principles of the time. The idea is associated with views that contemporaneous society should be taken into account when interpreting key constitutional phrases.

At the same time, I agree with the observation of the Law Minister in the Inaugural Session today that in applying the aforesaid principles the Court has to set definitive norms.  It becomes necessary not only to ensure certainty and uniformity in judicial approach, it also is imperative to counter the argument of originalism.

When I make these observations, I have in mind the caution expressed by Mr. Jeremy Waldron, who argues that judicial supremacy has strong tendencies of tilting towards ‘judicial sovereignty’.

Having incorporated all these aspects as early as in 1949, India sure was far ahead of its time. It is due to this reason, that the Constitution of India is one of the most advanced, holistic, all encompassing and growing piece of law this world has seen. While most other Constitutions from that era had to be overhauled, ours lived; it endured. Every action, every attack on the Constitution has seen a suitable reaction, a suitable change; a change towards evolution, a change for a solution, a change representing the needs of the time. The Constitution of India therefore, shall continue to endure.

In the Inaugural session, certain speakers talked about introspection as well.  That exercise confronts us with certain stark realities.     These are beautifully narrated by someone in the following form:

“He,
the bonded labourer,
the pavement dweller sleeping on railway platforms,
the rickshaw puller,
landless farmer,
the homeless wanderer living in hellish cesspools,
the urban factory worker
victim of Police torture hearded with hundreds of his kind,
Unholy to touch except for rape, the harijan’s daughter
a farmer toiling without demur and starving to death,
They, who are pushed by economic growth, further below the poverty line year after year,
Do they remind us today, that they were amongst WE THE PEOPLE who, on 26th Day of November, 1949, enacted, adopted and gave to themselves, The Constitution.”

[10]    Id. (The 13th, 14th, and 15th Amendments, known collectively as the Civil War Amendments, were designed to ensure equality for recently emancipated slaves. The 13th Amendment banned slavery and all involuntary servitude, except in the case of punishment for a crime. The 14th Amendment defined a citizen as any person born in or naturalized in the United States, overturning the Dred Scott V. Sandford (1857) Supreme Court ruling stating that Black people were not eligible for citizenship. The 15th Amendment prohibited governments from denying U.S. citizens the right to vote based on race, color, or past servitude.)