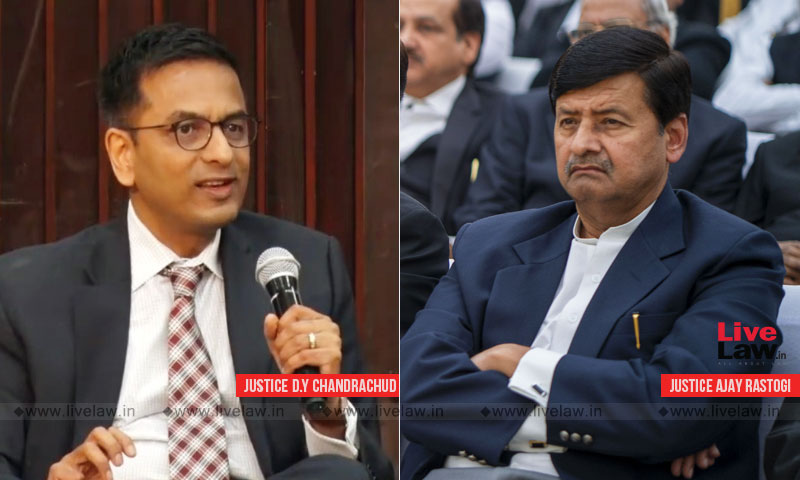 x
The Court however set aside the NGT direction for closure of the industries, and directed them to pay Rs 10 crores compensation each.

The Supreme Court has reiterated that the concept of 'ex post facto' Environmental Clearance (EC) is against the fundamental principles of environmental jurisprudence."...environment law cannot countenance the notion of an ex post facto clearance. This would be contrary to both the precautionary principle as well as the need for sustainable development", observed a bench comprising...

The Supreme Court has reiterated that the concept of 'ex post facto' Environmental Clearance (EC) is against the fundamental principles of environmental jurisprudence.

"...environment law cannot countenance the notion of an ex post facto clearance. This would be contrary to both the precautionary principle as well as the need for sustainable  development", observed a bench comprising Justices D Y Chandrachud and Ajay Rastogi.

On this basis, the SC upheld the 2016 order of National Green Tribunal setting aside a circular issued by Ministry of Environment and Forests on 14 May 2002, which envisaged the grant of post facto ECs.

The SC agreed with the NGT's finding that the circular was "unsustainable in law". The circular allowed industries which had commenced operations without obtaining EC in terms of the Environment Impact Assessment notification of 1994 to obtain the same by an extended date in 2003.

"When the EIA notification of 1994 mandates a prior EC, it proscribes a post activity approval or an ex post facto permission. What is sought to be achieved by the administrative circular dated 14 May 2002 is contrary to the statutory notification dated 27 January 1994", held the bench.

In this regard, the bench followed the decision of the SC in Common Cause vs Union of India, which held that ECs cannot be granted post-facto.

The Court explained the adverse effects of a retrospective EC as follows :

"The reason why a retrospective EC or an ex post facto clearance is alien to environmental jurisprudence is that before the issuance of an EC, the statutory notification warrants a careful application of mind, besides a study into the likely consequences of a proposed activity on the environment. An EC can be issued only after various stages of the decision-making process have been completed.

Requirements such as conducting a public hearing, screening, scoping and appraisal are components of the decision-making process which ensure that the likely impacts of the industrial activity or the expansion of an existing industrial activity are considered in the decision-making calculus. Allowing for an ex post facto clearance would essentially condone the operation of industrial activities without the grant of an EC. In the absence of an EC, there would be no conditions that would safeguard the environment. Moreover, if the EC was to be ultimately refused, irreparable harm would have been caused to the environment".

The Court however set aside the order of the NGT which directed the closure of the industries for not taking prior EC in terms of 1994 EIA notification. The case pertained to three industries - Alembic Pharmaceuticals, Unique Chemicals, Darshak Pvt Ltd and Nirayu Pvt Ltd -which were engaged in the manufacture of pharmaceuticals and bulk drugs at the industrial area of Ankleshwar in the State of Gujarat.

The bench said the direction for closure was disproportionate, and allowed the resumption of operations by the industries on condition of paying compensation of Rupees Ten Crores each.

"this Court has taken note of the fact that though the three industries operated without an EC for several years after the EIA notification of 1994, each of them had subsequently received ECs including amended ECs for expansion of existing capacities.

In addition, all the three units have made infrastructural investments and employed significant numbers of workers in their industrial units.

In this backdrop, this Court must take a balanced approach which holds the industries to account for having operated without environmental clearances in the past without ordering a closure of operations. The directions of the NGT for the revocation of the ECs and for closure of the units do not accord with the principle of proportionality".

Invoking the powers under Article 142 of the Constitution of India, the Court directed the defaulting industries to pay compensation.

The amount should be deposited with GPCB and it shall be duly utilised for restoration and remedial measures to improve the quality of the environment in the industrial area in which the industries operate, the Court said.