"Access To Clean Water Is A Fundamental Right": NGT Calls For Firm Action Against Illegal Discharge Of Waste Into The Ganga 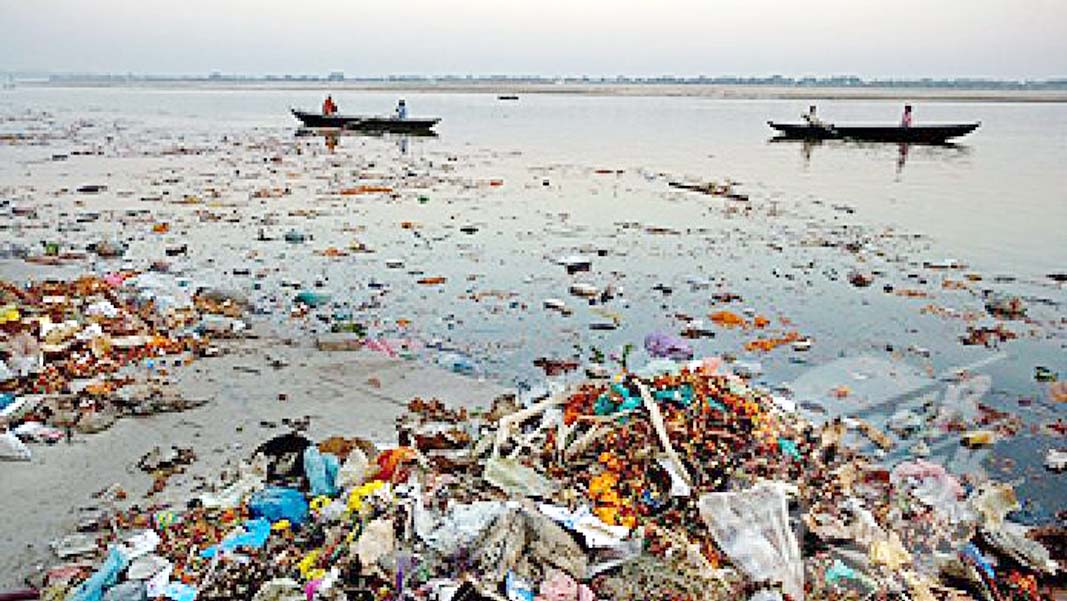 NGT has directed the UP State authorities to ensure to take immediate steps to effectively stop discharge of untreated sewage into the Ganga and its tributaries, and ensure supply of clean water to inhabitants of Rania and Rakhi Mandi, Kanpur.

The Bench also showed its displeasure for failure on part of UP's Pollution Control Board (UPPCB) on not taking any action against Manoj Kumar Singh, Principal Secretary, Urban Development, UP, who allowed the illegal discharge of effluents from Tanneries at Jajmau, Kanpur.

In accordance with a previous order of the NGT (M.C Mehta v. Union of India, O.A No. 200/2014), a Committee headed by Justice Arun Tandon (former Judge, Allahabad High Court), was formed by the Tribunal to oversee the compliance of a previous order of the NGT for controlling pollution of the river Ganga. The matter was taken up by the Tribunal on receipt of status reports submitted by the Committee in September 2019.

Although the remedial steps were to be taken for dealing with the issue of the Ganga's pollution in a comprehensive manner, these two reports highlight the issue of chromium dumps in Rania and Rakhi Mandi districts of Kanpur, and discharge of effluents from tanneries in Jajmau district of Kanpur, UP.

The Committee made a site visit of Rania and Rakhi Mandi districts, and the CPCB collected water samples of the affected areas. The sample areas showed that the water which coming from hand pumps and bore wells, was greenish in colour and unfit for drinking. The residents of the area had earlier informed that there was no source of fresh water except the underground water. The Bench asserted that 'access to potable drinking water is a guaranteed fundamental right and inalienable duty of the State', and that the State had failed in discharging its duty in this case.

The second report submitted by the Committee was related to the water pollution caused by tanneries in the Jajmau district of Kanpur. The Bench noted that incorrect information was given to the Committee appointed by the Tribunal and that Manoj Kumar Singh, Principal Secretary of Urban Development, UP, allowed the Jal Nigam, Kanpur to discharge effluents into river Ganga.

The Tribunal reminded the State authorities that any discharge of pollutants into a water body was prohibited under Section 25 of the Water (Prevention and Control of Pollution) Act, 1974, and punishable by imprisonment. The Bench was of the view that UPPCB was bound to initiate action for prosecuting officers and all those discharging pollutants in the River, and expressed surprised over the inaction of the CPCB on taking any action against the Minister for violating the law.

On the basis of the grim reports reflecting the 'serious failure' of the Government in dealing with the issue, the Tribunal has directed the Chief Secretary of UP to take steps for supplying drinking water to the residents in the affected areas and ensuring that untreated sewage is not discharged in River Ganga. In addition to this, the Bench was of the opinion that the Chief Secretary of UP, should initiate necessary action against the Principal Secretary of Urban Development, UP, the UP Jal Nigam and UPPCB for their illegal action in permitting discharge of untreated sewage and effluents directly into the river.