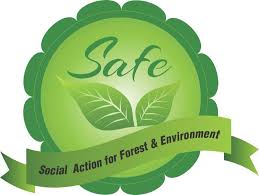 The Principal Bench of NGT has directed CPCB to issue guidelines for proper management of waste tyres in Pyrolisis industry in the country, as well as restrict its import.

NGT Principal Bench was hearing a plea filed by Social Action for Forest & Environment (SAFE). The Tribunal in the matter, was considering the issue related to the absence of proper management of 'End-of-Life Tyres' or 'Waste Tyres' (ELTs), in accordance with various provisions in place for environmental protection such as Guidelines for Environmentally Sound Management of End of Life Vehicles, 2016 and Standard Operating Procedure (SOP) issued by the MoEF&CC (Ministry of Environment, Forest and Climate Change).

Social Action for Environment and Forest (SAFE) is a Noida based NGO working for the conservation of environment. The NGO was founded by environmental Activist Vikrant Tongad in 2013, and main focus of SAFE has been to take legal initiatives to save environment.

It was SAFE's contention that use of the waste tyres by the Pyrolysis industry operating in the country needs to be banned to prevent environmental damage as the activity emits highly carcinogenic pollutants and other such pollutants such as polycyclic Aromatic Hydrocarbons (PAH), Dioxin, Furans, which are extremely harmful to the respiratory system. The Pyrolisis industry is engaged in producing inferior quality 'pyrolysis oil', pyrolysis gas (pyro gas), solid residue (char), carbon black and steel through the pyrolysis process.

The NGT had sought a report from the Central Pollution Control Board (CPCB) about the status of compliance of Rules on the subject and remedial measures required. As per directions of the NGT, a report was been filed by the CPCB on 31st July 2019. The report showed that out of the 637 tyre pyrolysis units in the country, 251 units are complying, 270 units are not complying and 116 units are closed. In most of the cases, the reason of non-compliance is not meeting the criteria of SOP of MoEF & CC, and the consent conditions issued by the SPCBs/PCCs.

The report has also highlighted that 'batch process' leads to carbon spillage and exposure of workers and has even resulted in some explosions, 4 of which have been reported. It recommends that the batch process should be switched over to 'continuous process' within one year. CPCB informed the NGT Principal that the Board would be issuing a direction, directing switchover to 'continuous process' within one year.

Keeping in mind the adverse impact of the Pyrolysis process on the environment as well as the health of the workers involved in the process, the Bench has directed CPCB to issue appropriate directions after due consideration of the issue. The Bench firmly said that the directions must deal with the restrictions on import so as to ensure that "India does not become a dump yard for highly polluting hazardous waste material from other countries".

As regards the 270 non-complying units, the States in which these are located, were directed to take remedial action, including levy of Environmental Compensation to ensure that such units comply with air, water and hazardous waste pollution norm. in conclusion, CPCB was also directed to monitor the compliance of these states and file the status and compliance report by 30th November 2019.

The matter will be heard next on 6th January 2020.