NGT Orders GCGSCL To Pay Rs. 64 Lakhs To The Family Of 19 Year Old, Who Died Due To A Leaked Coal-Gas Pipeline Next to Her Room [Read Order] 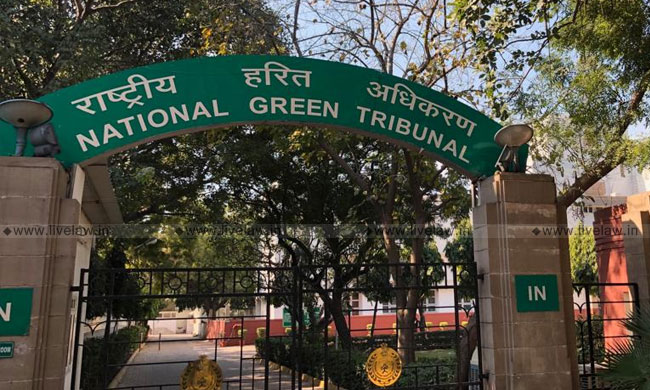 The National Green Tribunal has ordered the Greater Calcutta Gas Supply Corporation Limited (GCGSCL) to pay Rs. 64 lakhs as compensation for the death of a 19 year old who died due to suffocation resulting from leakage of gas from a crack in the pipeline of the GCGSCL, laid underground just behind the window of the room where the deceased had died. The deceased girl, Ms....

The National Green Tribunal has ordered the Greater Calcutta Gas Supply Corporation Limited (GCGSCL) to pay Rs. 64 lakhs as compensation for the death of a 19 year old who died due to suffocation resulting from leakage of gas from a crack in the pipeline of the GCGSCL, laid underground just behind the window of the room where the deceased had died.

The deceased girl, Ms. Sumantika Banerjee, a post graduate student of Presidency College Calcutta, was found in an unconscious state along with her roommate Ms. Subarna Lama by their landlady on the morning of 4th January 2015. Ms. Sumantika was declared dead by the hospital, while her roommate survived. Investigations by the police revealed that the deceased had died due to asphyxiation from inhaling carbon monoxide, the source of which was traced to the leaked coal gas-line. Evidence of a crack in the pipeline was also confirmed by the police and experts. The police also confirmed that the combustible gas was present in high severity in the room of the deceased, especially towards the corner of the room occupied by her. Carbon monoxide was also detected in the blood samples of the deceased and her roommate.

The father of the deceased had moved the Eastern Zone bench of the tribunal under Section 15 of the National Green Tribunal Act, 2010 for compensation and relief due to pollution and environmental damage arising under the enactments specified in the Schedule I of the NGT Act, 2010 including accident occurring while handling any hazardous substance.

NGT noted that carbon monoxide and methane which are constituents of coal-gas are hazardous chemicals included in part II of Schedule 1 to the Manufacture, Storage and Import of Hazardous Chemicals Rules, 1989 and the supply of coal gas by GCGSCL being an industrial activity, GCGSCL must have complied with the safety measures provided under the said Rules and should face the consequences of their lapse. The accident was attributed to their failure to maintain the old pipeline that had cracked due to wear and tear.

The court rejected the contention of non-maintainability of petition stating that the accident was due to pollution caused by GCGSCL's negligence and would fall within the ambit of Section 15(1)(a) of the NGT Act. The Court also rejected the contention that the case was one of deficiency of service to fall within the ambit of Consumer Protection Act, 1986.

GCGSCL also contented before the Court that the allegations against it were without any evidence and witnesses to the fact that the death was due to a gas leak in the pipeline. The Court rejected this allegation clarifying that the approach of the Tribunal in dealing with the environmental issues also cannot be pedantic or hyper technical. It further stated that

Section 19 of the Act releases the Tribunal from the fetters of the procedures laid down under the Code of Civil Procedure (CPC), 1908 and mandated to be guided by the principle of natural justice. The Act vests the Tribunal with the power to regulate its own procedure and is not bound by the rules of evidence contained in the Evidence Act, 1872. This of course does not mean that the Tribunal can act arbitrarily but is rather required to be guided by reason following the principle of the natural justice.

It ruled that a case against GCGSCL was well-established by the facts corroborated by the police of gas leakage and concentration of gas in the room of the deceased, the blood sample test and the testimony of the roommate of the deceased. It stated that

We reject the contention made on behalf of the Respondent No. 4 that clinching evidence is required for establishing the claim of the Applicant which is applicable to a criminal trial. In cases of civil nature like the present one, it is the principle of preponderance of probability that would be applicable. Yet, in our considered opinion, the evidence placed on behalf of the Applicant can be considered to be clinching.

The Court stated that GCGSCL failed to discharge the burden of proof of its claim that its activities are environmentally benign and has not presented any evidence before the Court of an alternate source of gas leak and has only been making bald statements that the allegations against it were incorrect.

Further, with regard to the determination of the "quantum of compensation", the Court referred to Supreme Court's ruling in Nagappa v. Gurudayal Singh and Ors to conclude that as under the Motor Vehicles Act, 1988 there was no restriction to restrict the quantum of compensation to the amount claimed by the claimant and, in appropriate cases, it can exceed the amount claimed in the application if the Tribunal considers that the claimant is entitled to get more, the ruling can also be extended to compensation under the NGT Act, 2010.

The Court also noted that GCGSCL must face consequences of its lapse under the Hazardous Chemicals Rules, 1989 and other cognate rules. It also noted that it was unclear if the company had obtained the consent to operate from the Pollution Board or obtained necessary authorizations for handling hazardous substances.

The Court estimated the loss of earning at a conservative amount of ₹4,00,000/- per annum having regard to the present and anticipated future market index while also noting that the girl was a bright student with a bright career prospect and then applied the multiplier of 16 prescribed in the second Schedule to the Motor Vehicles Act, 1988 to compute the final compensation as 64 lakhs.

The Court ordered GCGSCL to pay the compensation within one month from the date of order and exempted the applicant from paying any additional court fee on the amount in excess of the claim of ₹20,00,000/- paid by him at the time of filing the application.