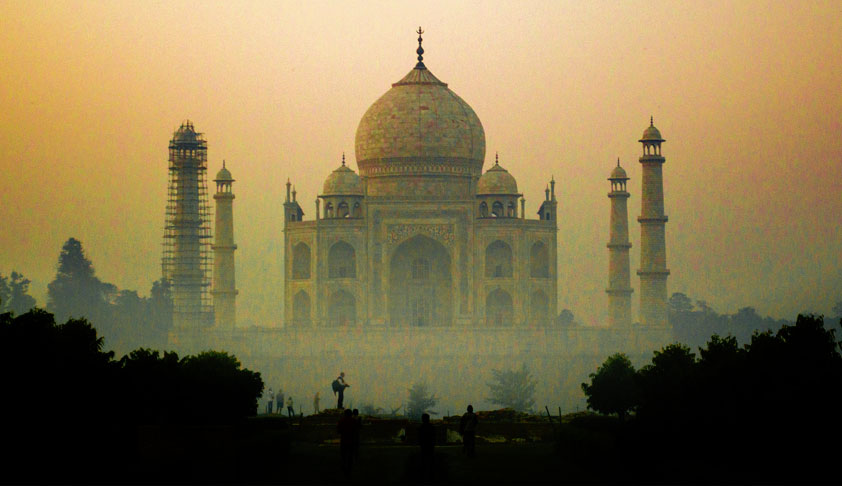 The case of Taj Trapezium (M C Mehta v. Union of India, W.P. 13381 of 1984) can be placed uniquely in the case law jurisprudence on pollution control law. Unlike most pollution control cases which dealt with protection of human health or conservation of nature, the primary objective sought to be achieved by this case was preservation of historical monuments in Agra. A close reading of several judgments and orders passed in the case throws light into the earnest efforts that the judges and lawyers of the Supreme Court of India cast upon themselves to preserve the area hosting 40 protected monuments including three world heritage sites that represent the medieval India history.- Taj Mahal, Agra Fort and Fatehpur Sikri.

The case was filed almost a decade after Indira Gandhi approved the establishment of petroleum oil refinery in Mathura district of Uttar Pradesh. The decision to establish the oil refinery raised concerns about its impacts on Taj Mahal and other monuments in Agra. Inorder to study this, a committee was constituted in 1974 under the chairpersonship of Dr. S Varadarajan. The committee not only made recommendations reducing emissions from the proposed refinery but also suggested general measures to preserve monuments of Agra. Recommendations to minimise air pollution from Mathura refinery covered use of fuel with low sulphur content, installation of electro-static precipitators for reducing emissions of Suspended Particulate Matter (SPM). Suggestions for improving the ambient air quality at Agra included closing down of two minor thermal power stations, replacing coal based rail locomotive with diesel, relocating small scale industries particularly foundries and larger industries such as fertilizer and petro-chemical. This report of the Varadarajan Committee was submitted in 1978. The matter was given such importance that soon in 1981 another report was published by the Central Board for Prevention and Control of Water Pollution. This report also highlighted the presence of various sources of pollution in the area around Taj. The Ministry of Environment and Forest declared an area of 10,400 sq km spread over six districts of Uttar Pradesh (Agra, Mathura, Hathras, Etah and Firozabad) and Bharatpur district of Rajasthan commonly referred as the Taj Trapezium Zone (TTZ) as air pollution control area. The two thermal power stations was shut down, coal rail locomotive was replaced and monitoring of ambient air quality in Agra was initiated.

Meanwhile, the refinery was commissioned in 1982. After about 1 to 2 years of operation, a petition before the Supreme Court was filed by Advocate M. C. Mehta pleading that outlets of Mathura Refinery were emitting air pollutants such as sulphur dioxide, suspended parituclate matter causing destruction to Taj, putting the lives of people in and around Agra and Mathura at risk, and endangering wildlife in Keolodeo National Park. It was also pleaded that the polluting units of the Mathura Refinery either be closed down or shifted to another region. In addition to Mathura refineries, various other sources such as iron foundries, chemical industries were also identified contributing to this problem. The Court took cognisance and several orders were passed from 1993. These orders encompass undertaking a comprehensive survey of industries in Agra- Mathura region and their identification. 511 industries were identified, out of which it was reported to the Court that 501 did not have pollution control devices. Notice was issued to 212 industries which did not respond to the notice of Pollution Control Board ordering closing down of the industries till the time pollution control devices were installed. These efforts were followed by a report by National Environmental Engineering and Research Institute (NEERI) which elaborated the measures that should be taken to reduce pollution from Mathura refinery. A slew of measures such as use of natural gas, setting up of hydro-cracking unit, improved sulphur recovery unit, chemo-biological sulphur recover and setting up of green belt around Mathura refinery were suggested. It also suggested relocation of industries from TTZ. A report from the Committee again headed by Varadarajan reiterated that industries in TTZ are using coal causing pollution in the area which adversely affect the monuments.

The judgement of Supreme Court in December 1996 was one of the important judgments in this case. The Court stated that this judgment is being passed as there was no positive response from the Government of India regarding shifting of industries from TTZ. The judgement heavily relies on the reports of Varadarajan Committee, various NEERI reports and also the studies of Pollution Control Board. Based on these documents, the Court concluded that the pollution in TTZ needs to be eliminated at any cost. The Court ordered 299 industries located and operating in Agra either to shift to natural gas or close down their operations and relocate outside the TTZ. Inorder to pass such an order which have a larger socio-economic impact, the Court used the principle of sustainable development, precautionary principle, polluter pay principle and the legal mandate under Air (Prevention and Control) Act, 1981 and other environmental legislations. The Court also stated that it is monitoring other aspects to control pollution in TTZ. These include setting up of hydro-cracking unit and other measures to reduce emissions from Mathura refinery, construction of bypass to divert traffic and reduce vehicular pollution, to provide uninterrupted supply of electricity to TTZ so as to stop operation of generators, directions issued to Government of India to declare Agra as a heritage city.

New issues under the Writ Petition

Similar to Vehicular Pollution and many other PILs, this case also has a continuous mandamus. Various other matters have also been dealt by the Supreme Court in this case. Questions like whether slaughter house or a modern waste to energy plant or Express highway can be operated in TTZ were entertained by the Court. The more recent issue include preparation of vision document for TTZ which will highlight the measures for preseveration of TTZ. The Court is also keen to see measures taken by the Government of India to declare Agra as a heritage city. This case illustrates that Court has been acting like a sanctioning and monitoring authority in many social action litigations.

(Alphonsa is an independent Legal Researcher)