Equal Pay for Equal Work: A Paradigm Shift In Judicial Reasoning From Socialism To Human Rights 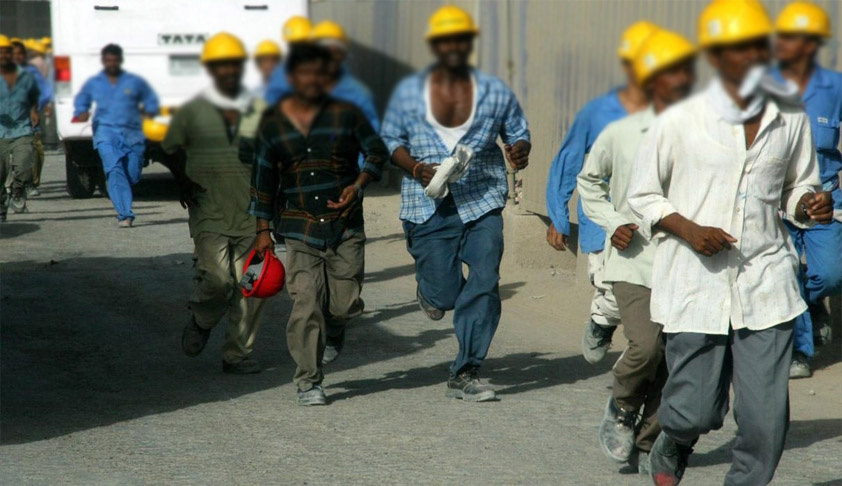 The judgement of the Supreme Court in State of Punjab and Ors vs. Jagjit Singh and Ors on 26th October, 2016 appears to present a shift in judicial reasoning  behind granting pay parity to temporary employees with permanent employees. It is common knowledge that temporary employees while putting the same or even more amount of work, are blessed with the lesser pay as compared to...

The judgement of the Supreme Court in State of Punjab and Ors vs. Jagjit Singh and Ors on 26th October, 2016 appears to present a shift in judicial reasoning  behind granting pay parity to temporary employees with permanent employees. It is common knowledge that temporary employees while putting the same or even more amount of work, are blessed with the lesser pay as compared to permanent employees and the biggest reason why such employees remain in service accepting lesser pay is the hope that they would be absorbed in permanent and regular service when opportunity arises. The institutions also encourage the practice of hiring contractual or temporary employees for the liability of the institutions in terms of expenditure towards salary and other benefits of such employees is reduced and  the employees are more amenable towards obeying directions and complying with the wishes of the higher officers due to the temporary nature of their job, the continuance of  which is to an extent dependant on the wishes of such officers. This judgement, which is in series of a long list of judgments on the above area of equal pay for equal work would be instrumental in removing the arbitrary distinction between employees engaged in similar work on the basis of their designation as temporary or permanent. This judgement must have brought about cheers to lots of temporary employees around the country which is timely and welcome, but has also raised the jurisprudential question of the normative foundation for its decisions which probably would have to be addressed in the coming years by the judiciary itself.

The primary aspect that arises from this judgement is that it appears the court has brought a different reasoning for providing pay parity to temporary employees with permanent employees. In the instant case, the question before the court for consideration was “...whether temporarily engaged employees (daily-wage employees, ad-hoc appointees, employees appointed on casual basis, contractual employees and the like), are entitled to minimum of the regular pay-scale, along with dearness allowance (as revised from time to time) on account of their performing the same duties, which are discharged by those engaged on regular basis, against sanctioned posts”. The court considered several of its previous judgements on the same aspect  in which the court has held that the denial of right to equal pay for equal work is violative of Articles 14, 16 and Article 39 (d) of the Constitution. In D. S. Narkara vs. Union of India the court considered article 38 (d) of the Constitution of India that requires that the State shall strive to minimise the inequalities in income and endeavour to eliminate inequalities in status, facilities and opportunities not only amongst individuals but also amongst groups of people residing in different areas or engaged in different vocations, while Art. 39 (d) enjoins a duty to see that there is equal pay for equal work for both men and women. In Dhirendra Chamoli v. State of U.P. (1986) 1 SCC 637, the court invoked Article 14 which provides for equality before law and equal protection of the law to hold the right of equal pay for equal work for temporary employees that are engaged in similar work as regular employees. The judiciary has continually interpreted the Directive Principles of State Policy to broaden the ambit of the fundamental rights and has interpreted the fundamental rights in a fashion so as to provide teeth to the directive principles of state policy.  This approach of the court is visible in this area of ‘equal pay for equal work’ also wherein the directive of article 39 has been given effect to through the fundamental right enshrined in Articles 14 and 16 in earlier cases and presumably through Article 21 in this case . There is however, a different aspect that has appeared to occur in the instant case. In the previous cases, the court has invoked the socialist pattern of the society and the concept of the welfare state to provide the direction of equal pay for equal work. In Dhirendra Chamoli v. State of U.P. (1986) 1 SCC 637 in the context of ruling over the right of equal pay for equal work, the court stated “...that it was not open to the Government to exploit citizens, specially when India was a welfare state, committed to a socialist pattern of society…”, while in Surinder Singh v. Engineer-in-Chief, CPWD  (1986) 1 SCC 639 the court held “...that the principle of ‘equal pay for equal work’ was not an abstract doctrine. It was held to be a vital and vigorous doctrine accepted throughout the world, particularly by all socialist countries…” . In the present case, however the court invoked Article 7 of the International Covenant on Economic, Social and Cultural Rights, 1966, ratified by India on 10.4.1979, which provides for “...(i) fair wages and equal remuneration for work of equal value without distinction of any kind, in particular women being guaranteed conditions of work not inferior to those enjoyed by men, with equal pay for equal work” and stated further that “An employee engaged for the same work, cannot be paid less than another, who performs the same duties and responsibilities. Certainly not, in a welfare state. Such an action besides being demeaning, strikes at the very foundation of human dignity... [A person accepts lesser wages] to provide food and shelter to his family, at the cost of his self respect and dignity, at the cost of his self worth, and at the cost of his integrity...Any act, of paying less wages, as compared to others similarly situate, constitutes an act of exploitative enslavement, emerging out of a domineering position. Undoubtedly, the action is oppressive, suppressive and coercive, as it compels involuntary subjugation”. From the case it appears that the Supreme Court seeks to underpin the right to equal pay for equal work on the foundation of fundamental rights. In several cases in the past the court has expounded the right to live with human dignity as a fundamental right under article 21. In Vikram Deo Singh Tomar vs.  State of Bihar, the court has held that ‘the right to live with human dignity is the fundamental right of every Indian citizen’. In Francis Coralie Mullin vs. The Administrator, Union Territory of Delhi and Ors. and in Miss Mohini Jain vs. State of Karnataka, the court has stated that ‘...the right to life is not limited only to protection of limb or faculty. It goes further and embrace something more. The right to life includes the right to live with human dignity and all that goes along with it’. Similarly in Bandhua Mukti Morcha v. Union of India, the court stated that ‘...the right to live with human dignity enshrined in Article 21 derives its life breath from the Directive principles of State Policy’

This brings to us the important question as to what was the philosophy of the Court that brought about the judgment. It appears that the Court has emphasized on the aspect of human dignity and has avoided any reference to the socialist philosophy, which may lead to the conclusion, though it could be far-fetched at this stage to state, that the judicial philosophy in India is shifting gradually from underpinning the judgments to the  the socialist philosophy  and veering towards the human rights jurisprudence. The previous judgments as pointed out above had stated that ‘equal pay for equal work’ was a socialist ideal of a welfare state, but the present judgement provides that declining ‘equal pay for equal work’ hits at the very fundamental aspect of article 21 that provides for life with human dignity as a part of  “protection of life and personal liberty’ and the Preamble of the Constitution of India which provides for ‘FRATERNITY assuring the dignity of the individual’. This appears to be a revolutionary development in judicial thinking and would likely to have effect on various other judgements of the Supreme Court and High Courts where the numerous rights of individuals would necessarily be tested against the supreme norm of human rights and fundamental rights as against the socialist ideology.