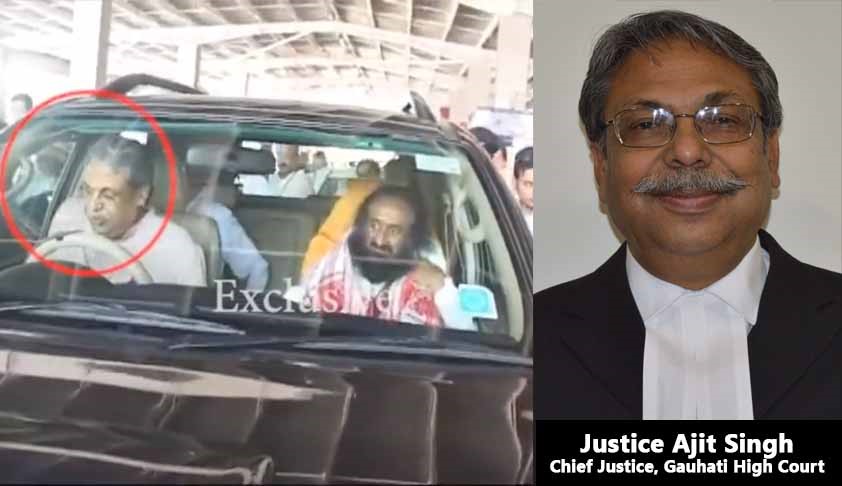 Gauhati High Court Chief Justice Ajit Singh has landed himself in controversy after being seen escorting Art of Living founder and spiritual leader Sri Sri Ravi Shankar from the airport to his official residence by driving the car himself, when the latter visited Guwahati on September 5 to attend North-East Indigenous People's conference.

Expressing its disapproval of the Chief Justice’s gesture, the High Court Bar Association has passed a resolution asking him to be more vigilant in future and all judicial officers to avoid such involvement.

The Gauhati High Court Bar Association held an extraordinary general body meeting on September 11 to discuss the issue, which it got to know through the massive print and electronic media coverage.

A communication signed by Bar president Krishnakant Mahanta said the meeting also had on its agenda how some members of the banned organisation could be seen in the photographs with the Chief Justice, who later also allowed them to meet Sri Sri at his official residence.

"The Bar has expressed its displeasure in the involvement of the Chief Justice in receiving the spiritual leader Sri Sri Ravi Shankar in the airport with the members of a banned organisation at the same time and also escorting him to his official residence by driving the car himself and then providing opportunity for those members to visit the said spiritual guru in his official residence.

"The Bar is of the unanimous view that in the interest of maintaining the public trust and confidence in the judiciary, such involvement should be avoided by all judicial officers. Hence the Bar urges upon the Honorable Chief Justice to be more vigilant in future in this regard," it said.