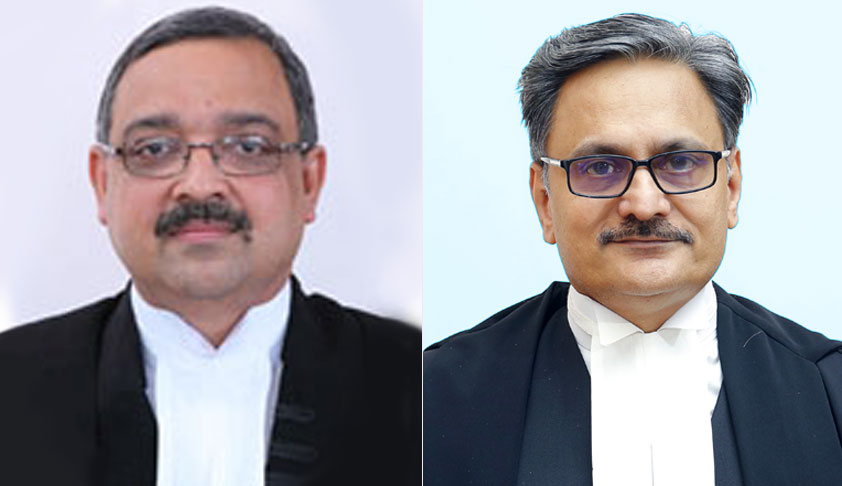 A division bench of Kerala High Court comprising of Justices K Vinod Chandran and Ashok Menon held in State of Kerala v. JoemonRajan that intelligence officers cannot attempt to quantify taxable turnover likely to be evaded by making estimation for the purpose of invoking the provision for penalty.In the aforesaid case, the respondents were metal crusher units. Intelligence officers had...

A division bench of Kerala High Court comprising of Justices K Vinod Chandran and Ashok Menon held in State of Kerala v. JoemonRajan that intelligence officers cannot attempt to quantify taxable turnover likely to be evaded by making estimation for the purpose of invoking the provision for penalty.

In the aforesaid case, the respondents were metal crusher units. Intelligence officers had inspected the business place of the respondents and made estimation of turnover based on the details of the electricity consumed. On rejection of such estimation by the Tribunal, the state government had filed for revision before the High Court to overturn the finding of the tribunal that no estimation can be made section 67 of the Kerala Value Added Tax Act, 2003 (KVAT Act).Section 67 of KVAT Act deals with imposition of penalty for various violations listed in the provision such as failure to file returns, submission of incorrect returns etc. On finding that any such listed violation has been committed, the concerned authority may direct payment by way of penalty, an amount not exceeding twice the amount of tax or other amount evaded or sought to be evaded where it is practicable to quantify the evasion or an amount not exceeding Rs. 10,000 in any other case.

It was contended by the revenue that determination of turnover based on electricity consumption is an accepted mode of determining the actual turnover, especially in cases where no books of accounts are produced. However, it was submitted by the respondent counsel that there could be no estimation based on electricity consumption as has been held KhadeejaMakkar v. State of Kerala (2014 KHC 294) and that there could be no estimation under section 67 as has been categorically held in UK Monu Timbers v. State of Kerala (2012 (3) KHC 111).

In Monu Timbers the Court had held that that speculations and inferences regarding amount of evasion will fall within the realm of “best of judgment” assessment,which can be done only after notice and process under Section 25 of the KVAT Act. The following observation made in U K Monu case in that regard is pertinent :

"S.67 does not confer power to make a reasonable estimate. The suppression or omission must be clearly disclosed from the materials available and there should be evidence of the amounts sought to be suppressed from the turnover. In cases where the same is not discernible, the only option is to make an order of imposition of fine not exceeding Rs.10,000/-. Any suppression detected or rather any file generated on a crime so detected and penalised necessarily gives the assessing authority the power to make estimations to compensate the State against probable omissions and suppressions. Such exercise, as is mandated by the statute, has to be regulated by the best judgment of the individual officer which definitely is subject to the principles of reasonableness, proportionality and of course natural justice. Such estimation on best judgment would definitely have to be done with due notice and after affording a personal hearing. Such estimation should be reasonable and should have a nexus with the gravity and frequency of the commission of offences as also the quantum of loss suffered by the State. This exercise, in our opinion, cannot be undertaken by the officer empowered with the power to impose penalty under S.67 of the Act. S.67 contemplates imposition of penalty on proof of commission of offences as a measure of deterrence; best judgment assessments are made to compensate the loss caused to the State" (emphasis supplied)

In the instant case, after hearing both parties, the division bench agreed that in the event of non production of books of accounts, there could be estimation made based on various factors such as consumption of electricity or consumption of LPG etc. However, it held that the power to make such an estimation does not lie with the intelligence officers, but with the assessment officer. It held that there could be no estimation carried out in penalty proceedings and the evasion attempted has to be detected otherwise. It was held:

“There could be no estimation carried out in penalty proceedings and the evasion attempted has to be based on the clear materials or particulars, revealed at an inspection or offence detected otherwise. If the taxable turnover sought to be evaded cannot be clearly determined and quantified going by the provision, there can only be imposition of penalty of Rs. 10,000/-. However that would not preclude the assessing officer from proceeding for best judgment assessment based on any of these factors relevant to the activity of the dealer; on there being no production of books of accounts or even when there is production; by rejection of the same. In that event, the assessing officer could make estimation which is the power and authority conferred by the statute for best judgment.”

Deprecating the practice of intelligence officers to usurp the powers of assessing officers the court noted:

“On detection of an offence or any other defect on inspection or otherwise where the tax or other amounts sought to be evaded is not practicable for quantification; the intelligence officers should immediately transfer the files to the assessing officer after imposing a penalty not exceeding Rs. 10,000.”

The Court observed that in several cases re-assessment proceedings got time barred as the intelligence officer retained the files for estimating evaded tax in penalty proceedings.