Even Dead Persons Have Got A Right Of Privacy And Their Souls Should Not Be Disturbed: Madras HC Rejects Plea Of A Woman Who Claimed To Be Jayalalithaa’s Daughter [Read Order] 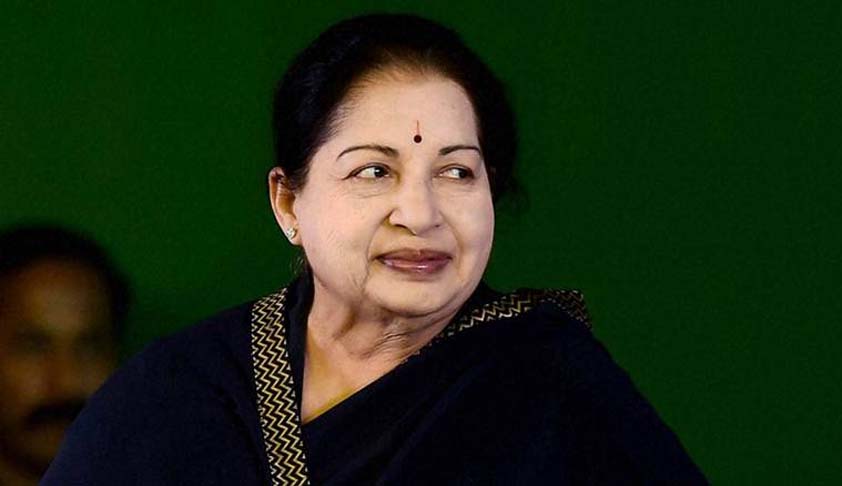 ‘If the said relief is granted, it will not only open the Pandora's box, but also the coffin of Late Ms.J.Jayalalithaa.’The Madras High Court has dismissed plea by a lady named Amrutha seeking to conduct a DNA Test to ascertain that she is the daughter of former Chief Minister, Late J. Jayalalithaa.Invoking ‘Puranas’, Justice S. Vaidyanathan observed that even dead persons have got...

‘If the said relief is granted, it will not only open the Pandora's box, but also the coffin of Late Ms.J.Jayalalithaa.’

The Madras High Court has dismissed plea by a lady named Amrutha seeking to conduct a DNA Test to ascertain that she is the daughter of former Chief Minister, Late J. Jayalalithaa.

Invoking ‘Puranas’, Justice S. Vaidyanathan observed that even dead persons have got a right of privacy and their souls should not be disturbed, as they have an immortal life after their death.

Amrutha had approached the high court claiming that she was born to Jayalalithaa and was brought up by her own sister Shylaja and her husband Sarathy, who were issueless. This fact was first told to her by her foster father Sarathy who expired last year. She also claimed that, for the period between 1996 and 2016, she had been frequently visiting Jayalalithaa and residing with her in her room and used to sleep with her in the same bed. She had prayed for an appropriate DNA test to ascertain that she is Jayalalithaa’s daughter. She also wanted to cremate the remains of Jayalalithaa as per rites and rituals and customs of Sri Vaishnava Iyengar Brahmin Community.

Faced with the report that no biological samples belonging to Jayalalithaa were kept frozen with the hospital, the senior counsel who appeared for Amrutha told the court that she is willing for a DNA test by matching the blood samples of herself with that of Deepa Jayakumar, who is Jayalalithaa’s niece.

Justice Vaidyanathan observed that there is no living witness to support Amrutha’s claim, as her foster parents had already passed away. It was also observed that except relying on the Protocol Register of Jayalalithaa and telephone bills for the years she has not produced any document in support of her claim. The judge also held that she has not established any extraordinary circumstance for conducting DNA test and thus cannot compel Deepa Jayakumar to give her blood samples for DNA matching.

The judge said: “Unfortunately, the witnesses on the side of the 1 st Petitioner/Amrutha had already attained mortality and since we are living in the age of Kali Yuga, we cannot expect a dead person to come alive and stand as a witness, as Hindus believe that human civilization degenerates spiritually during the Kali Yuga, which is referred to as the Dark Age, because in Kali Yuga people are as far away as possible from God. When there is no cogent material or reason, the 1st Petitioner/Amrutha cannot ask the Court to conduct a roving enquiry that too on persons who are not alive.”

Saddening to note that Jayalalithaa’s death is still a mystery

The court also observed that it is saddening to note that the death of Jayalalithaa is still a mystery, though her photographs were then and there published by Apollo Hospitals, showing as if she was taking idly, doing physical exercise, cracking jokes, conducting meetings with the officials of the state government, etc., thereby portraying Apollo Hospitals and others, who have given an untrue story, as villains.

The court also noted that a defamation case was filed against the late Shylaja (foster mother of Amrutha) by Jayalalithaa, former Chief Minister of Tamil Nadu, to prosecute her for a defamatory article claiming that she was her sister. “Merely because the said case was dismissed for non-prosecution, it does not mean that the averment of Amrutha that Late Shylaja was the sister of Late Ms.J.Jayalalithaa has to be accepted,” the court said.

The court then held that, since the claim that she is the direct legal heir of Jayalalithaa remains unestablished by means of substantial evidence, the question of cremating Jayalalithaa’s remains as per rites, rituals and customs of Sri Vaishnava Iyengar Brahmin community does not arise.