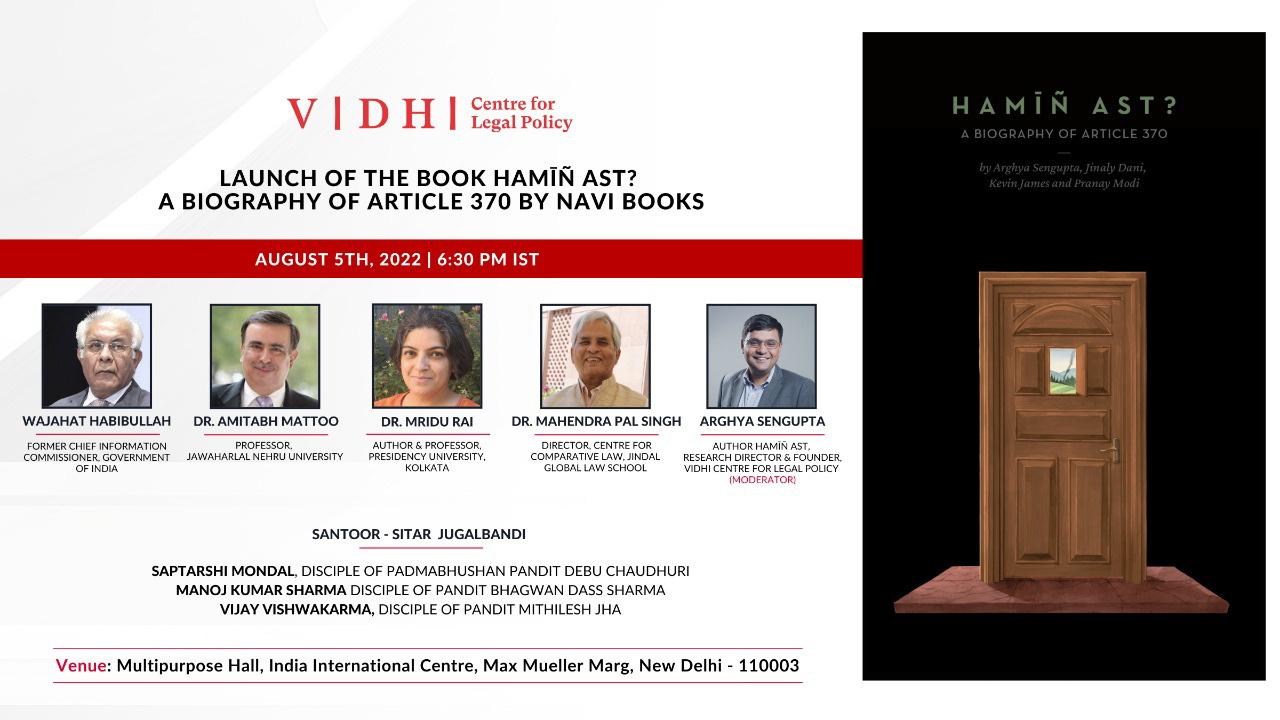 Vidhi Centre for Legal Policy is launching its first digital book 'Hamīñ Ast? A Biography of Article 370' at the 'Multipurpose Hall, India International Centre on 5th Aug at 6:30 PM. Tea will be served from 6 PM.
The book is co-authored by Arghya Sengupta, Jinaly Dani, Kevin James and Pranay Modi.
Panellists include:
Arghya Sengupta, Founder and Research Director at Vidhi will be in conversation with them.
The event will begin with a Santoor-Sitar Jugalbandi performed by Saptarshi Mondal, Vijay Vishwakarma & Manoj K. Sharma.
'Hamīñ Ast' tells the untold story of how Jammu and Kashmir became a part of India in 1947, achieved special status in 1950, shared a fractious relationship with New Delhi for the next seven decades, only to be reduced to a Union Territory in 2019. For more information:

This book is a journey of a provision of law from its cradle to its grave, through a contested birth, lawyerly mechanisms in its early years, endemic political skullduggery, episodic displays of judicial statesmanship and a sudden and swift demise. It demystifies the complex legal provisions for a general reader.

It is an attempt to fill the void of sparse literature that exists on one of the most complex provisions of the Constitution of India, through a detailed biography of Article 370.

Navi Books is a new initiative by Vidhi offering a unique digital reading experience that demystifies books on complex subjects for the general reader.
Watch the video here to find out more: https://bit.ly/3vlQc9e.
Register here: https://bit.ly/3BsJPos