Every Case Of Inter-religious Marriage Can’t Be Termed Either As 'Love Jihad' Or 'Ghar Wapsi': Kerala HC [Read Judgment] 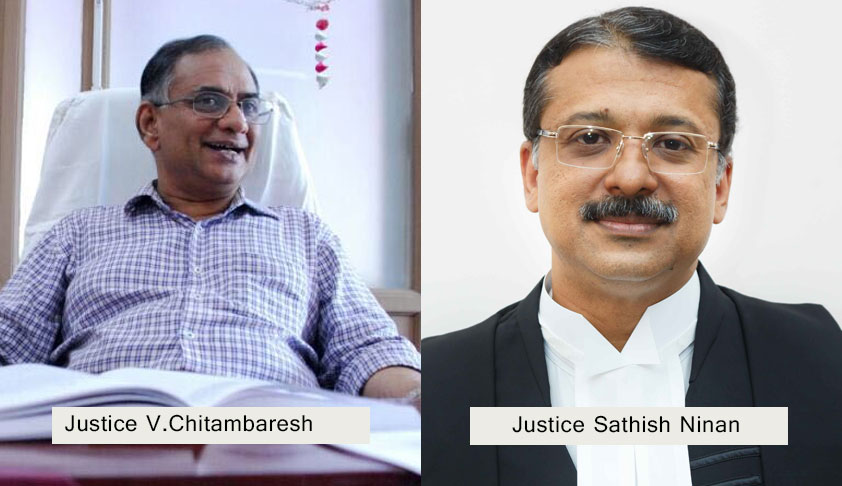 We caution that every case of inter-religious marriage shall not be portrayed on a religious canvass and create fissures in the communal harmony otherwise existing in the God's Own Country – Kerala, said the Bench.

In a landmark judgment Kerala High Court on Thursday held that every case of inter-religious marriages can’t be termed  either as ‘love Jihad’ or ‘Ghar wapsi’.

A Division Bench of Justices V.Chitambaresh and Sathish Ninan also held that any centre for forcible conversion or re-conversion has to be busted by the police whether it be Hindu, Muslim or Christian lest it offends the constitutional right.

The Bench was hearing a habeas corpus petition filed by Anees Ahmed for producing his wife Shruti from illegal detention.

(As narrated in the Judgment)

One Sruthi Meledath fell in love with her classmate Anees Hameed while studying for the B.Sc.(Physics). Sruthi expressed her desire to marry Anees which was vehemently opposed by her parents on the ground that both belong to different religions. Sruthi quietly left her home along with Anees to New Delhi. The couple had a live-in-relationship for about a month - initially at New Delhi and later at Sonepat in Haryana.

Sruthi’s father preferred a police complaint alleging that his daughter is missing whereupon Crime No.329/2017 was registered. They also filed a writ petition in High Court which was disposed of observing that a 'proper investigation' is under progress.

The police later took the couple into custody from their residence at Sonepat and produced separately before the Court of the Judicial First Class Magistrate. Sruthi was handed over to her parents by Magistrate who took her to a Yoga Kendra at Udayamperoor in Ernakulam wherein she was lodged as an inmate along with other hapless girls who exceeded forty in number.

Anees filed the petition for the issue of a writ of habeas corpus directing Sruthi to be freed from the illegal detention.

Sruthi appeared before the Court and narrated the torture inflicted on her during her stay at the Yoga Kendra from 22.06.2017 till she was produced in the Court on 22.08.2017. She stated that there were similar other girls at the Yoga Kendra who were all woken up daily at 4 a.m. in the morning and subjected to a regimental routine throughout the day. The girls were forced to do cooking and cleaning apart from other daily chores and were also compelled to do yoga and hear lecture classes (Satsanga) during the rest of the day. Sruthi wept in open court and stated that the inmates were slapped on their cheeks and kicked on their abdomen if they disobeyed the commands in the Yoga Kendra. Sruthi added that there were instances when a piece of cloth was inserted in her mouth to silence her when she wailed disclosing her wish to go with Anees much to their chagrin. The picture painted by Sruthi is that persons at the helm of affairs at the Yoga Kendra were running the institution in order to coerce the inmates to come back to their original religion - Hindu.

“Love recognizes no barriers. It jumps hurdles, leaps fences, penetrates walls to arrive at its destination full of hope.”

The Bench observed that Article 25(1) of the Constitution of India guarantees to every citizen the right to freely profess, practice and propagate any religion which cannot be trampled upon by subversive forces or religious outfits

“We are appalled to notice the recent trend in this State to sensationalize every case of inter-religious marriage as either 'Love Jihad' or 'Ghar Wapsi' even if there was platonic love between the spouses before. The case on hand is projected as 'Love Jihad' by the parents of Sruthi whereas Anees alleges a case of 'Ghar Wapsi' in a bid to coerce her to come back to the Hindu religion”.

The Bench observed that it is convinced that Sruthi has been in love with Anees for long which has blossomed into a permanent relationship leading to a marital tie. Sruthi with a 'Sindoor' on her forehead asserted that she would remain as a Hindu till death and that Anees would remain as a Muslim and that their marriage has now been registered too.

“We applaud the extraordinary courage shown by Sruthi to live up to her conviction and decry the attempt of her parents to deflect the course of justice by misleading litigations. Sruthi is a Post-graduate and matured and has discovered her life-partner in Anees and she cannot be detained against her wishes either at her parental home or in the Yoga Kendra. Sruthi is ordered to be set at liberty and it is for the couple to decide their future course of action without any interference from her parents or from any corner whatsoever which the police shall ensure”.