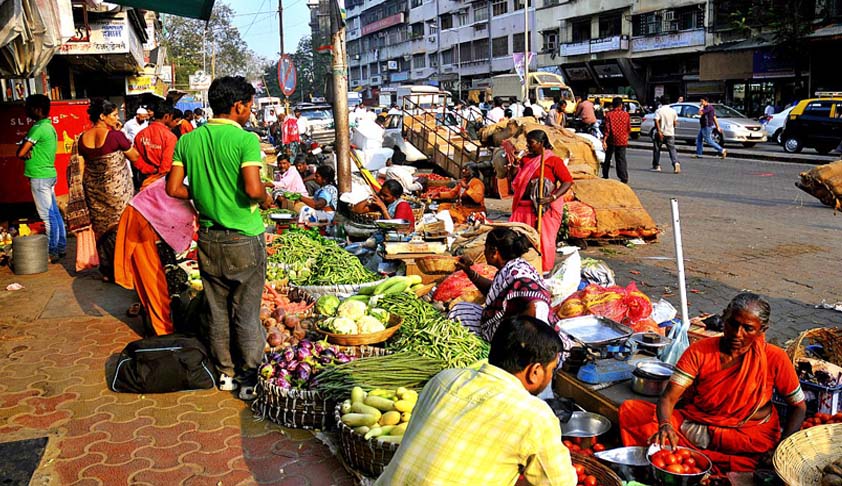 The Bombay High court has made it quite clear that, hawkers who prepare food on the streets, lanes and pavements in the city has to evict the street within two months. It has ordered the Municipal Corporation of Greater Mumbai to evict the hawkers.The order was passed by the division bench of Justices Abhay Oka and Revati Mohite-Dere on petitions filed by Vile Parle Kelvani Mandal and...

The Bombay High court has made it quite clear that, hawkers who prepare food on the streets, lanes and pavements in the city has to evict the street within two months. It has ordered the Municipal Corporation of Greater Mumbai to evict the hawkers.

The order was passed by the division bench of Justices Abhay Oka and Revati Mohite-Dere on petitions filed by Vile Parle Kelvani Mandal and Bhagwanji Raiyani, alleging failure of the MCGM to act against illegal hawking.

The order of the Bombay high court comes as a big shock to the hawkers, since it will affect the lives of thousands of vendors whom only source of income is through selling their food in streets. However, a breather is provided to the street vendors who were carrying on the business as of May 1, 2014, and who were covered by the definition of "street vendor" in the Street Vendors Act.

However, the temporary protection that has been provided to the vendors will remain in effect until a survey of street vending under the Act is carried out and a certificate of hawking is given to them, the court said. Those vendors who started business after May 1, 2014, shall be evicted. The action of eviction shall be initiated as early as possible, preferably within two months, the HC said.

The court, speaking in a very strict tone has also directed the traffic police to take action against indiscriminate parking by those who patronise these food stalls on Gulmohar road and nearby streets. For that purpose, it has ordered the increment in the number of traffic police to be deployed on the roads durings rush hours.

An affidavit is directed to be filed by the Principal Secretrary Urban Development, by the HC for spelling out the timeframe for bringing out the scheme for street vendors, as framed under the Street Vendors Act and further ordered commissioning of vending committees.

At paragraph 51 of the Judgment, the court has very categorically held 'from the photographs we find substance in the submissions of the Petitioners that in many stalls, food is being cooked and some of the stalls   have   been   virtually   converted   into   eateries; Therefore, here   is merit in the contention that such illegal activities are leading to traffic congestion and are causing inconvenience to the local residents'

The court also asked the government to file an affidavit on a scheme for street vendors within one month. It also directed the MCGM to file an affidavit in six weeks setting out the maximum time it needs to prepare a plan for street vending from the date on which the town vending committee is constituted. Both the state and the MCGM will have to file compliance reports by December 15.

While justifying for its reason and balancing the Fundamental right to carry out trade and profeesion under Article 19 (1) (g) of the Indian Constitution, the Court has referred to Apex Court's Judgment in Bombay Hawkers Union vs BMC, where the apex court did not permit cooking of food by vendors and allowed only sale of cooked food , and reiterated that:

No one has any right to do his or her trade or business so as to cause nuisance, annoyance or inconvenience to the other members of the public. Public  streets, by their very nomenclature and definition,   are meant   for   the   use   of   the   general public. They are not laid to facilitate the carrying on of private trade or business. If hawkers were to be conceded the right claimed by them, they could hold the society to ransom by squatting on the centre of busy thoroughfares, thereby paralysing all civic life. Indeed, that is what some of them have done in some parts of the city. They have made it impossible for the pedestrians   to   walk   on   footpaths  or   even   on   the streets properly so called. (emphasis supplied)…."