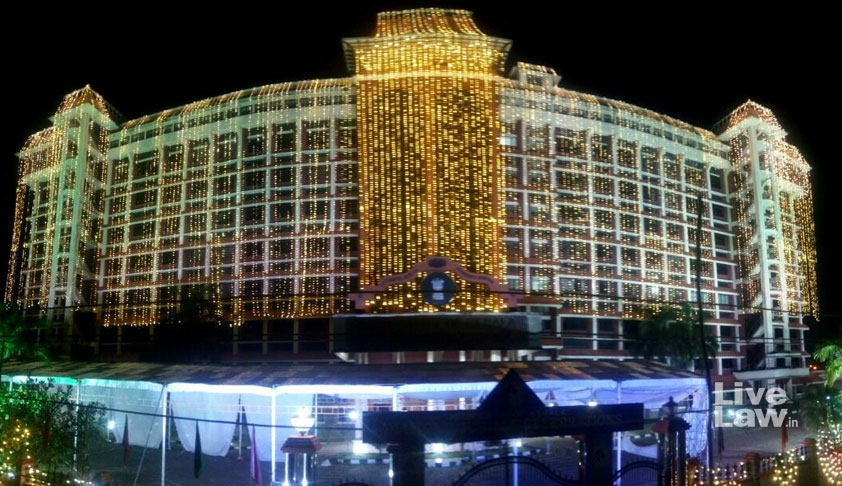 In an elaborate judgment dealing with the manner of testing the competency of a child witness, the High Court of Kerala has held that the preliminary finding made by the court regarding the incompetency of the child witness can be varied at a later stage.The issue arose out of a murder trial in which a man was accused of killing his wife in their house in a fit of anger. The child of the...

In an elaborate judgment dealing with the manner of testing the competency of a child witness, the High Court of Kerala has held that the preliminary finding made by the court regarding the incompetency of the child witness can be varied at a later stage.

The issue arose out of a murder trial in which a man was accused of killing his wife in their house in a fit of anger. The child of the accused, aged four years at the time of incident, was the only eye-witness.  The trial court examined the child in ‘voir dire’- preliminary examination to assess the competency of the witness. It found that the child was not giving coherent answers and hence held the witness to be incompetent. Later, the prosecution filed an application seeking to recall the child witness. The prosecution contended that on the day of preliminary examination, the child was tired due to long journey and was not in a comfortable state of mind, and hence could not withstand preliminary examination. The trial court allowed the application and permitted the child witness to be recalled. This order of recall was challenged by the accused in the high court, contending that the preliminary finding of incompetency could not be reviewed and varied by the trial court subsequently.

Justice Sunil Thomas, who rendered the judgment, explained that a witness is examined in “voir dire” in certain situations to assess the competency of the witness, as a prelude to actual examination on oath regarding the facts of the matter. Though voir dire is not mandatory as per the statute, the practice is generally followed to examine the child before he is administered the oath. Questions are put to the child to estimate whether the child has the capacity to understand the questions and to give rational answers and if it is found to be competent, oath will be administered to the child.

Regarding the advantages of such an examination, it was held as follows:

The purpose of conducting Voir Dire is held to be twin fold. If the child witness is incompetent, examination of the child can be avoided and thereby the judicial time is saved. The second advantage is that, there can be a formal record of Voir Dire which enables the appellate court to re-evaluate whether the findings rendered by the court below regarding the competency of the child is justifiable or not.

It was further held that questions having a direct bearing on the facts of the case are to be normally avoided in preliminary examination. In the instant case, the trial court asked the child regarding the incidents of the day of crime, to which she kept mum. The high court observed that such questions should not have been asked. The purpose of preliminary examination is to understand the ability to the child to comprehend and respond in a rational manner. Its scope cannot be expanded to elicit answers regarding facts in dispute, which are to be proved during the course of trial. Putting such questions is likely to prejudice both sides and may tend to cloud or influence the questions which the prosecution intend to put in the chief examination and which the accused proposes to cross examine, it was observed.

Initial findings of incompetency can be reconsidered subsequently

It was held that findings initially arrived at regarding the incompetency of the child witness do not preclude the court from reconsidering the same issue at a later point of time. The first order on preliminary examination is not a final order as such, and its reconsideration does not amount to a ‘review’, which is impermissible in criminal proceedings.  Firstly, voir dire is not a statutory compulsion, and is a rule of prudence. The conclusion of the judge is subjective, based on the nature of questions and responses received. The quality of decision is dependent on a lot of external and subjective factors. This is not akin to a judicial finding of fact rendered by court on the basis of trial. So, there was no illegality or irregularity in permitting the child witness to be recalled, despite the initial findings of incompetency.

Apart from relying on precedents of the Supreme Court and high court, the judgment makes references to foreign law cases as well and observed that the concept of examining the child witness and holding it to be unfit and later holding otherwise is not anathema to the foreign jurisdiction also.

Hence, the recalling of child witness was sustained, observing as follows:

The subsequent finding contrary to the earlier finding regarding the competency of the child is not barred. Evidently, the finding of the trial court on Voir Dire is not final and if sufficient grounds are shown, the court can examine the witness, if the interest of justice so demands. In the case at hand, the child was the sole eye witness to the incident. The prosecution has explained the reason under which the child had testified on an earlier occasion.