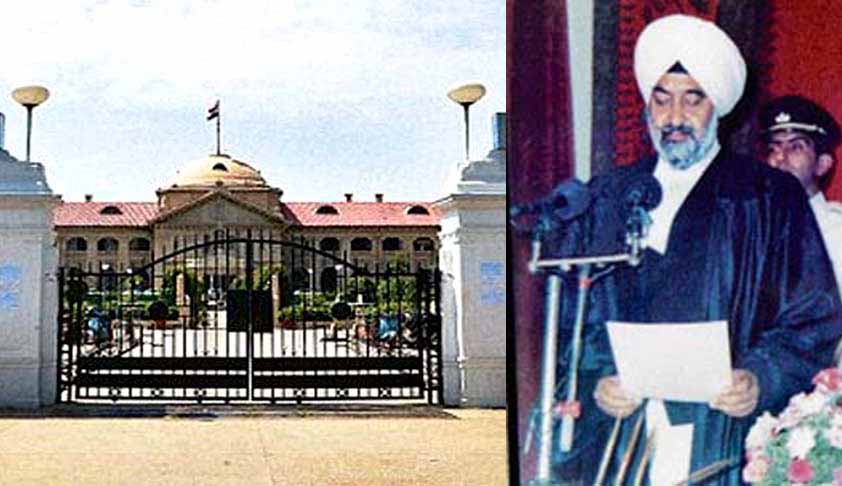 In a huge relief for a police head constable of Uttar Pradesh, who was instrumental in saving the life of a former chief justice of Allahabad High Court from an unruly mob during a bandh in 1994, the high court has observed that he cannot be denied promotion to the post of sub-inspector on the sole ground that he had not qualified the training course for the post of head constable.

Justice B Amit Sthalekar, who disposed of a petition filed 18 years ago, directed the government to consider Brahma Nand for promotion for the post of sub-inspector within two months.

Brahma Nand Yadav joined police force as a head constable in year 1984. He was appreciated for his service as security to then chief justice of Allahabad High Court SS Sodhi and for saving his life from an unruly mob who tried to attack the chief justice during a bandh in 1994. The high court gave him an appreciation letter and later, and acting upon the said letter, he was given out-of-turn promotion to the post of head constable (Armed Police).

The appreciation letter by Justice MC Jain read: “The shadow Brahmanand thus tactfully handled the situation and prevented happening of an untoward incident. His courageous deed, in fact, is praiseworthy and commendable. He well deserves to be given promotion in next higher rank even out of turn.”

Referring to relevant service regulations, the bench observed that Regulation 455 of the Police Regulation carves out a special category of deserving constables of the civil police "unable to qualify for promotion" in the manner specified in paragraph 454 for promotion to the rank of head constable. He was given out of turn promotion on the recommendation of the High Court considering the exemplary bravery and courage shown by him in protecting the life of the then Hon'ble Chief Justice of the Allahabad High Court, the court observed.

The court also observed that Regulation 455 does not contemplate promotion on temporary basis and the promotion granted to him must be held to be promotion on regular basis. “The petitioner could not have denied being considered for promotion to the post of Sub-Inspector only on the ground that he had not undergone the prescribed Police Training Course,” the court observed.

It also rejected the contention that he is now over age and could not be considered for promotion to the post of sub-inspector, by observing that it is not a ground to deny promotion.