EXCLUSIVE; Kanhaiya Kumar was badly beaten up by lawyers, while Police did nothing to prevent [Read the Report of Advocates Commission appointed by SC] 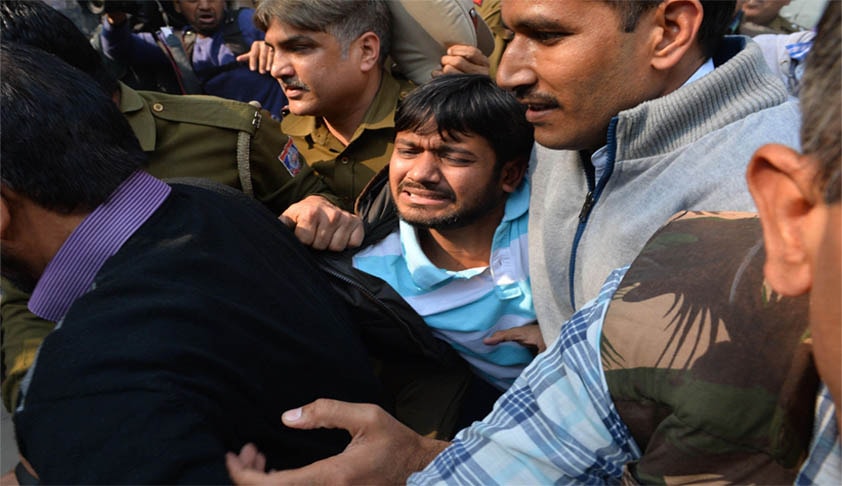 Supreme Court appointed Lawyers commission has submitted its report on the violence witnessed in the Patiala Court on February 15 and 17. In its report released yesterday, it blames Delhi Police for inaction. Report say that lawyers and journalists were locked inside the court room and Kanhaiya Kumar was badly beaten up by lawyers, while Police did nothing to prevent.

“The atmosphere outside was surcharged and intimidating. Abuses were hurled at Mr. Kapil Sibal and all other committee members. There was an effort create an atmosphere of fear and terror. The upbeat mood of the crowd in lawyers’ dress who were continuously shouting slogans and abuses to present a terrorising atmosphere was clearly visible.” says the report

The report adds “We also witnessed slogan shouting and abusive language being used ten metres away from the court room”. While returning, the commission says in its report, that they were verbally abused and some mud and pieces and broken pot was hurled at them.

The report wanted responsibility to be fixed against policemen who were present and were aware of the apex court direction to ensure safety of the accused. The report also carries the conversation between the commission and Kanhaiyya Kumar.